These stocks fell sharply on a mixed market day. Find out why.

Wednesday was a mixed day for the stock market, with the Dow Jones Industrials falling while the Nasdaq Composite posted modest gains. Parts of the market reacted differently to conflicting news items, which included both poor performance in the energy market and signs of promise for the economy more broadly. Despite the conflict among industry sectors, some stocks got hit particularly hard, and Rite Aid (RAD 7.95%), Ciena (CIEN 1.73%), and Express (EXPR 1.36%) were among the worst performers on the day. Below, we'll look more closely at these stocks to tell you why they did so poorly.

Shares of Rite Aid fell 7% in the wake of reports that merger partner Walgreens Boots Alliance (WBA 1.86%) would consider seeking to get the Federal Trade Commission (FTC) to make a final ruling on the proposed combination. The deal between the two drugstore chains has met with resistance from some regulators, and concerns led the two companies to enlist the help of Fred's by offering to sell 865 drugstore locations to the smaller company. The companies hoped that the divestiture would persuade the FTC to grant approval, but that hasn't happened yet, and regulators appear to be in no hurry to move forward. A procedural move could force the FTC to rule within 30 days, but it comes with the attendant risk that the regulator will deny the combination if the drugstores aggressively seek the decision. Rite Aid investors have already given up a lot, and they don't want any further obstacles that could increase chances of failure. 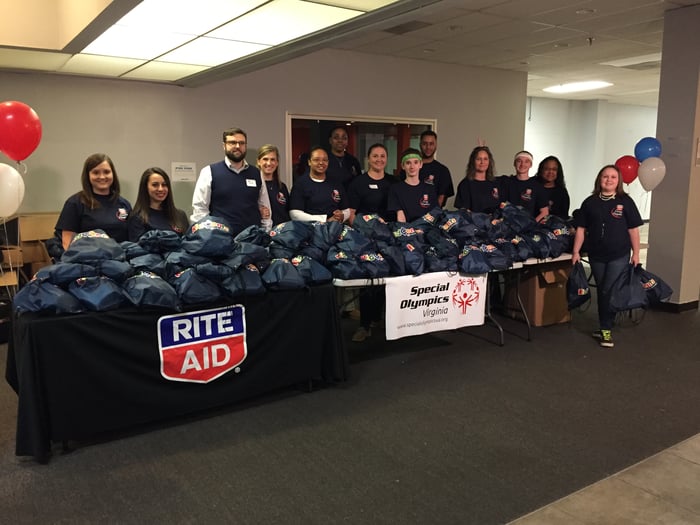 Ciena stock dropped 8% after the networking strategy and technology company reported its fiscal first-quarter results. The company said that revenue climbed 8%, and Ciena reversed a year-earlier loss and posted adjusted earnings of $0.26 per share. Yet despite positive comments from CEO Gary Smith about the company's momentum in the market, declining revenue in Ciena's global services division was disappointing. Still, some investors took comfort in guidance for fiscal second-quarter revenue of $680 million to $710 million. Given the size of the networking market and the need for further technological advances, Ciena could be able to rebound in short order.

Express gets the holiday blues

Finally, Express stock finished down 11% on the day. The retailer said that net sales fell by 11% during its fourth quarter, with a comparable-sales decline of 13%. Moreover, Express doesn't anticipate better times anytime soon, with guidance for the first quarter for negative same-store comps in the high-single-digit percentages and bottom-line results of somewhere between breakeven and a loss of $0.04 per share. Express still has much of its presence in shopping malls, and traffic there has been on the decline for some time. Although Express plans to roll out strategies to try to counter falling customer counts, there's only so much it can do to counteract trends that have hit the entire brick-and-mortar retail industry for years now.