Please ensure Javascript is enabled for purposes of website accessibility
Log In Help Join The Motley Fool
Free Article Join Over 1 Million Premium Members And Get More In-Depth Stock Guidance and Research
By Rich Smith - Mar 13, 2017 at 11:49AM

One analyst's June 2016 bet has paid off in spades.

Nine months ago, Wall Street megabanker Morgan Stanley told investors to "overweight" Boeing (BA -1.53%) stock, despite worries over declining orders for commercial airplanes. That turned out to be good advice -- Boeing stock is up 40% since.

This morning, Morgan Stanley announced it is cashing in its chips on Boeing stock. While raising its price target slightly (to $190 per share) to capture any remaining momentum, the analyst nonetheless removed its buy rating from the stock today, and downgraded Boeing to "Equal Weight."

Why would Morgan Stanley do that? Here are three things you need to know. 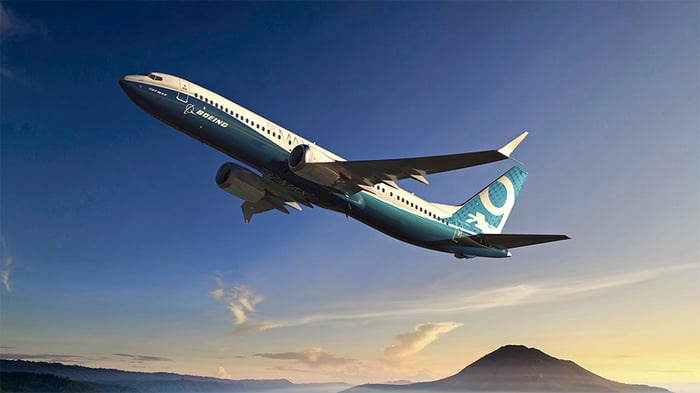 First and foremost, Morgan Stanley is not downgrading Boeing stock in response to any new bad news. As explained in a write-up on StreetInsider.com today, Boeing sees "several risks and opportunities" in Boeing stock -- but really, nothing we haven't heard before.

"Aircraft order flow will likely remain light and with a book to bill in the sub-1x range," warns the analyst. That's not necessarily bad news, though, as it will help Boeing to work down its massive backlog of ordered, but not yet built, airplanes, keeping its customers happy.

That's important, because as Morgan Stanley also points out, there's also a risk that "a more subdued airline profit environment" could cause some Boeing customers to rethink whether they really need all these new planes they've asked for, and perhaps even cancel a few orders. Of the two ways that Boeing's backlog could shrink, delivering more planes than it receives in new orders is clearly preferable to seeing orders canceled outright.

Another benefit of producing a lot of airplanes, and at a rapid pace, is that it could permit Boeing to produce "impressive ... cash flow and growth" in 2017.

Last year was already Boeing's best-ever for cash flow, with S&P Global Market Intelligence data showing that Boeing generated $10.5 billion in positive cash from operations. (Minus $2.6 billion in capital expenditures, free cash flow for the year was $7.9 billion.) But Boeing thinks it can do better this year. According to management's most recent guidance, Boeing should generate "approximately $10.75 billion" cash from operations in 2017.

What's more, "capital expenditures are expected to decline by approximately $300 million to $2.3 billion." This should yield total free cash flow this year of about $8.45 billion -- 7% better than 2016's record-setting cash haul.

The real question: Why downgrade at all?

Given the good news on free cash flow, and the lack of new bad news as a catalyst for downgrading, investors might be forgiven for wondering: Where's the need to downgrade Boeing at all?

Well, maybe there isn't any one wrong thing you can put your finger on. But there is the fact that with Boeing stock up 40% in less than a year, a lot of the things that could go right for Boeing stock have already been baked into the stock price.

As a result, Boeing stock now sells for 1.2 times trailing sales, 13.8 times free cash flow, and 23.4 times GAAP earnings. With analysts mostly in agreement that Boeing can keep on growing profits at 16% annually over the next five years, the stock may still be fairly priced today. But Boeing stock is much less of a bargain than it was last year.

Accordingly, I can't really blame Morgan Stanley for exercising some caution here, and taking some chips off the table. This analyst was right to upgrade Boeing nine months ago -- and it's probably right again to downgrade today.