George Soros is one of the most highly regarded hedge fund managers in history. His success makes his holdings must-know news for investors, but his rapid-fire investment style means that his portfolio is always changing, and that can make it a challenge to follow in his footsteps.

Nevertheless, tracking his buys and sells can be a great source of new ideas, so let's take a closer look at what his Soros Fund Management has been up to lately. Soros Fund Management has billions of dollars at its disposal and as of Dec. 31, the fund reported it had $2.3 billion spread across 286 positions.

Here are his biggest 10 holdings.

George Soros is a very active portfolio manager, so he's always buying and selling companies in his portfolio. Last quarter, he added 93 new holdings to Soros Fund Management's portfolio, including these five stocks that were the biggest additions by dollar value.

Soros isn't saying why he bought these stocks last quarter, but we can speculate.

For instance, he may have picked up shares in Facebook on the assumption that mobile ad revenue would be strong in the fourth quarter because of the holiday shopping season. That may also have been behind his decision to buy shares in the department store operator Kohl's.

We can also guess that Key Energy Services was tucked into his portfolio with the thinking that oil price tailwinds would lift active oil and gas rig counts off their 2016 lows. Crude oil spot prices have indeed trended higher over the past year, and as a result, Baker Hughes reports that there were 768 active rigs in the U.S. last week, up from 404 rigs last May. If he did buy Key Energy Services for this reason, then the reality has backed up his theory.

Also, much like his big position in Liberty Broadband, a holding company for Liberty's stake in the cable company Charter Communications, buying Time Warner shares could allow him to benefit from a friendlier FCC under a deregulation-friendly Donald Trump presidency. It's also possible this administration will support industry consolidation, which could be good news for AT&T's plans to buy Time Warner.

In addition to his buys, there were also a lot of stocks that got sold from the portfolio. These five were the biggest investments to get the ax.

One common theme in these sales is the apparent loss of interest in emerging markets and Asia following Donald Trump's election. Trump won the presidency on promises to reform trade deals, and such reform could lead to tariffs on imported products, something that could crimp demand and profit for foreign companies.

Semiconductor stocks Applied Materials and Intel also disappeared from Soros Fund Management's portfolio at year end. His decision could have been influenced by the industry's significant seasonality. Consumer electronics demand impacts orders earlier in the year, and uncertainty regarding how strong those orders will be this year may have been enough of a reason to head to the sidelines, especially since both stocks were trading near 52 week highs last quarter. 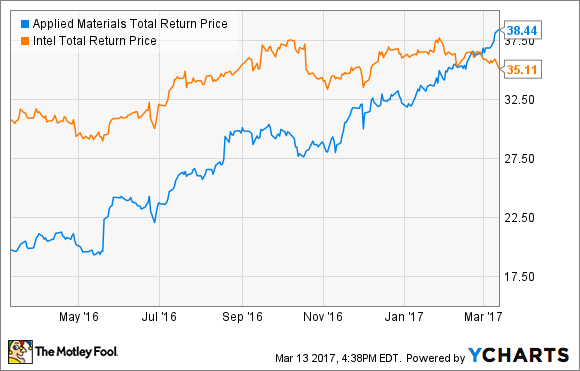 Soros' decision to sell gold stocks could be as simple as unhedging his portfolio following the November election. In the past, Soros has frequently moved into gold stocks ahead of uncertain moments, only to sell them once those moments have passed.

Because Soros buys and sells so many stocks every quarter, it can be helpful to look at his sector weights for insight into his thinking. As you can see in the following table, Soros' biggest weighting -- by far -- is in consumer cyclical and technology stocks. His position in consumer cyclical stocks, such as retailers and cable companies, may shrink from here, but clearly, he was a big fan in Q4 during the run-up to Christmas.

His high turnover and the sheer number of holdings in his portfolio make it very hard to mimic him, or guess what will be next to win or lose favor with him. It's probably a safe bet that he'll reduce his consumer cyclical exposure at some point. After all, his 45% weight is miles north of the S&P 500's 12% weighting in consumer discretionary stocks. If so, then it might not be worth chasing him into retail.

If he does decrease his exposure to consumer cyclical stocks, it's anyone's guess what he'll buy. One thing is certain, however, and that's U.S. tax reform, healthcare reform, and infrastructure spending should present him with plenty of money making opportunities. If so, then there's little reason to think that his fund won't remain incredibly active this year.