A short-selling attack has already cost shareholders about $1 billion in market cap.

The past six months have seen shares of airplane parts supplier TransDigm Group (TDG -3.39%) get pummeled -- down 20% from their previous value. But not to worry, say analysts at Vertical Group: Things are about to get better.

But before you take Vertical Group's advice, here are three things you should know. 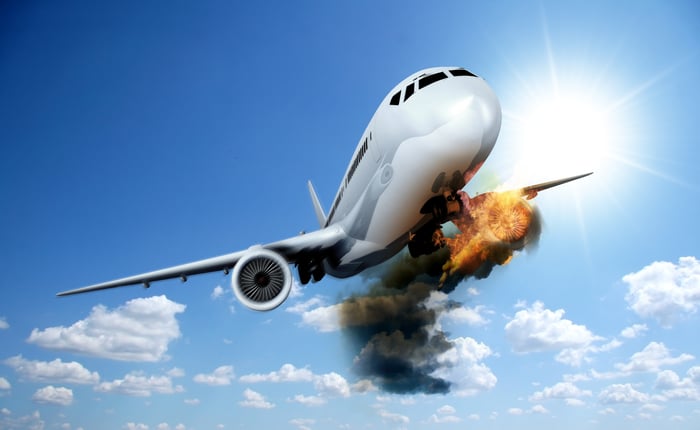 In the first two weeks after noted short-seller Citron Research published a negative report on TransDigm in January, the stock lost nearly 15% of its market capitalization. Labeling TransDigm an industrial version of Valeant Pharmaceuticals (BHC 3.69%) -- they literally called it "the Valeant of the Aerospace Industry" -- Citron alleged that TransDigm's business model was unfair to its primary customer, the U.S. taxpayer, and would ultimately prove unsustainable.

As the analyst explained, much like Valeant, TransDigm's standard operating procedure is to buy up smaller airplane parts suppliers (more than 50 acquired so far), fire their staff, and inflate their products' prices "egregiously," thus gouging the U.S. government. Evidence of this, said Citron, could be found in the fact that TransDigm's closest competitor in airplane parts, Heico, sells similar products to similar buyers, but earns net profit margins less than half of what TransDigm routinely records.

At first, these charges didn't seem to stick, and as February began, TransDigm stock quickly bounced back to recover all of its January losses and more. 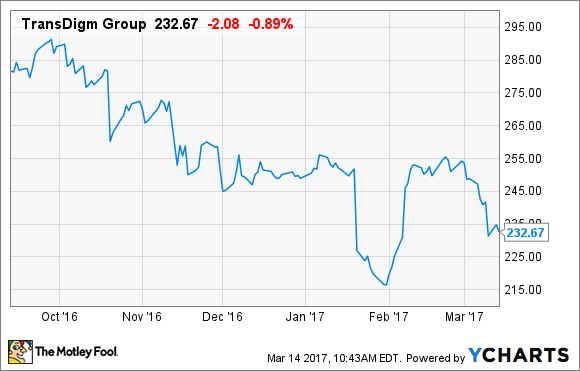 But the bad news was not in fact over. As reported by TheFly.com last week, the Pentagon's Defense Logistics Agency (DLA) has begun looking into whether TransDigm subsidiaries, when bidding for Pentagon contracts, have been failing to disclose that they were owned by TransDigm, violating established procedures for bidding on Pentagon work.

This revelation caused TransDigm stock to begin sinking again -- and Citron immediately piled on. On March 9, the short-seller tweeted that TransDigm's subsidiaries' bidding practices amounted to a "cover up" of "illegal activities" by the company, and predicted in a report that "TransDigm's days of exploiting and deceiving the Federal Government are numbered."

Which brings us to today. At $233 and change, TransDigm stock is only down by half the loss (7.5%) it suffered after Citron's initial report (15%). The headline on this story, however, has shifted from perhaps spurious allegations being leveled by a short-seller to news of an actual investigation by the U.S. government -- which seems to me a more clear and present danger to TransDigm's stock price.

Let's take a look: Priced at 27.2 times earnings today, and 3.7 times trailing sales, TransDigm is a bit cheaper than it was two months, or even six months ago. Analysts who follow the company, however -- most of whom rate it a buy, by the way -- nevertheless see TransDigm as likely to grow earnings by only 11% annually over the next five years.

If you ask me, paying upwards of 27 times earnings for a stock growing at 11% or less is not a particularly attractive proposition. It's even less attractive when you recall that last quarter, TransDigm's earnings did not in fact rise by 11%, but rather declined 8% year over year.

Even if you dismiss Citron's research as biased, assume the DLA will conclude its examination of TransDigm's business practices and exonerate the company completely, and take it on faith that TransDigm will be able to go on operating as it has in years past, the numbers here still don't add up. TransDigm stock looks overvalued as-is. And while the doomsday predictions from Citron would make things much worse for TransDigm, you don't even have to believe them to understand that this stock already costs too much to buy.