Looking to put some wind into your portfolio's sails? These three companies will blow you away.

Even though investors may be familiar with renewable energy, they may not know that some of the best wind energy stocks are already household names. There are also plenty of lesser-known wind energy stocks that represent compelling investment opportunities.

Perhaps wind energy seems like a pipe dream -- something at the fringe of the nation's electricity production. But this is far from the reality. According to the Energy Information Administration, wind power accounted for 226,000 megawatt hours in 2016, about 5.5% of the power grid and more than four times what solar power provided. Suffice it to say, wind energy stocks are more than worthy of your consideration as investments. Here are three to choose from. 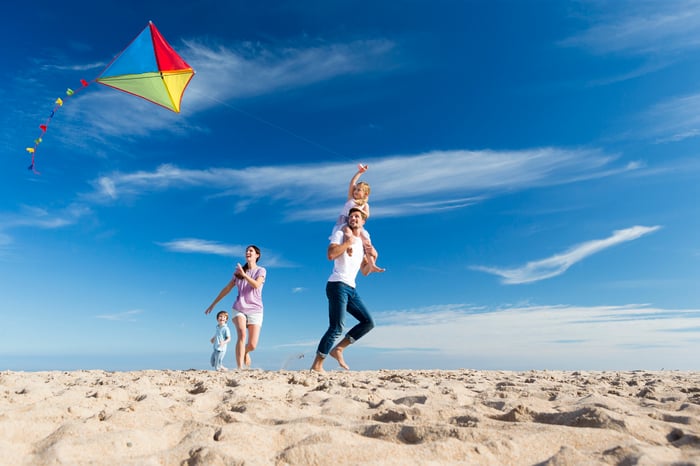 In general, a good idea

In bringing good things to life, General Electric (GE -0.21%) doesn't leave wind solutions and turbines behind, affording customers with a more conservative bent an appealing wind investment opportunity. The company reported industrials revenue of $111.5 billion in fiscal 2016, and of that, its wind business contributed $8.1 billion. GE leads the industry, in part, by leveraging its prowess in the Internet of Things. Built on the Predix platform, the Digital Wind Farm solution is characterized by GE as "a site level solution, creating a dynamic, connected and adaptable ecosystem that improves our customers' fleet operations."

How much does it improve operations? According to GE, the Digital Wind Farm "boosts a wind farm's energy production by up to 20%." For wind farm operators and offtakers, providing power that is competitive with the cost of traditional fuels is a constant struggle, so being able to increase energy production by 20% is extremely valuable.

Further illustrating its position as an industry leader, GE ranked second among the largest onshore global wind turbine manufacturers in 2016 according to a recent report from Bloomberg New Energy Finance (BNEF), and the company appears committed to retaining its position as an industry leader. In October 2016, GE announced its intention to acquire LM Wind Power, one of the world's largest wind turbine blade manufacturers, for $1.7 billion. Growing its wind power business through acquisition is nothing new for GE. In 2015, it acquired Alstom's power and grid businesses for approximately $10.6 billion.

Representing one of the safer investment opportunities, GE sports economies of scale that enable it to provide turbines at competitive prices, and its strategic assets like the innovative solutions built on the Predix platform give the company a formidable competitive advantage over rivals like Siemens (SIEGY 0.47%), the second largest manufacturer of offshore wind turbines in 2016.

For more risk-tolerant investors, Pattern Energy warrants consideration. A pure play on wind power, Pattern Energy is a yieldco, which maintains a portfolio of 18 wind power facilities in Canada, the U.S., and Chile. Selling  all or a majority of the generated-electricity to third-party off-takers, the company secures long-term power purchase agreements, which provide long-term guaranteed revenue streams.

Pattern Energy's attractiveness, in part, comes in the form of its high dividend yield. However, one would be remiss to not recognize the company's BB-/Ba3 credit rating from Standard & Poor's and Moody's, respectively, as a warning sign -- a rating below investment grade. 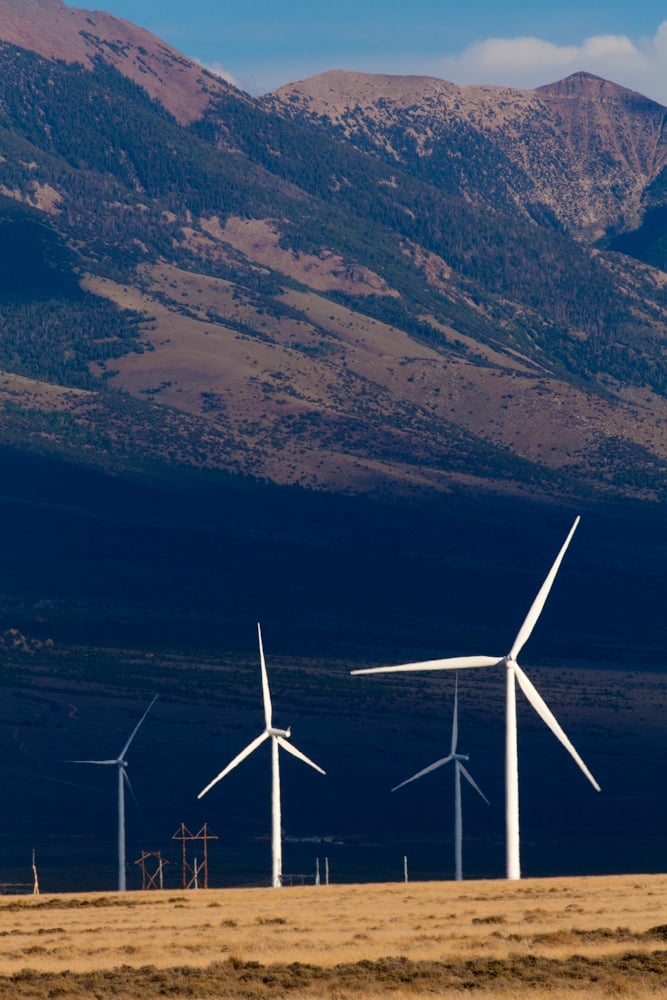 This in and of itself shouldn't dissuade investors. Over the past three years, Pattern Energy has continuously strengthened its financial position. Whereas the company had net debt-to-EBITDA ratios of 10.4 and 9.8 in fiscal years 2014 and 2015, respectively, Pattern Energy now maintains a 7.08 ratio. Furthermore, it's worth noting the company reported 44% year-over-year growth in its cash available for distribution in fiscal 2016, the midpoint of its guidance range. And according to Morningstar, the company reported annual positive free cash flow in fiscal 2016: $131 million.

Headquartered in Denmark, Vestas is a turbine manufacturer that represents another pure-play wind investment. According to BNEF, Vestas was the largest onshore wind turbine manufacturer in 2016 -- moving up from second place in 2015. Installing 8.7 onshore gigawatts (GW) of turbines in 2016, Vestas handily beat GE, which had installed 6.5 GW. A more startling figure, though, is the number of countries -- 76 -- in which Vestas maintains a presence. GE, on the other hand, expanded its presence to just 21 countries by the end of 2016.

Besides its position at the vanguard of the wind industry, Vestas offers many other convincing reasons for investment. For one, it is poised for continued growth, reporting a record-high order intake -- 10.5 GW -- in fiscal 2016 with growth across all regions. And reaching another all-time high, the company reported a combined wind turbines and service backlog of 19.2 billion euros. A quick look at its financial health reveals an attractive net debt-to-EBITDA ratio of 1.8 while management has set a target ratio below 1.0.

Like GE, Vestas retains a competitive advantage in its economies of scale. And with over 35 years of experience in bringing turbines to market, Vestas has developed widespread brand recognition that extends throughout 76 countries. Last year, for example, Berkshire Hathaway's (BRK.A 0.32%) (BRK.B 0.25%) MidAmerican Energy subsidiary, which owns and operates approximately 4,050 MW of wind power, placed an order with Vestas for 214 MW of wind turbines. According to Reuters, the order illustrates how MidAmerican has abandoned its previous supplier, Siemens, for the Danish manufacturer. The geographic diversity of its customer base affords the company another advantage as it's not reliant on any one market, making it less susceptible to the whims of any country's renewable energy tax credits or incentives.

Although the United States may seem at the moment like it's forsaking renewable energy for traditional sources, the best wind energy stocks don't mind. Their international exposure affords them the ability to thrive in an otherwise unfavorable domestic market. GE and Vestas will continue to prosper with their extensive global exposure, and Pattern Energy, with its long-term revenue streams, should continue to thrive as well.