The U.S. Army boasts a motorpool stacked to the rafters with 6,000 M1 Abrams main battle tanks -- more tanks than some countries have soldiers. Yet for some crazy reason, Congress keeps buying more.

Actually, the reason isn't totally crazy. The U.S. only has one factory left that's totally dedicated to the production of main battle tanks -- General Dynamics' (NYSE:GD) factory in Lima, Ohio. Sporadic demand from tank-buyers, however, keeps this factory always on the edge of having to shut down operations -- at which point the U.S. wouldn't be able to build tanks if it suddenly needed to. (A shutdown would also cost jobs in an important Congressional district.) 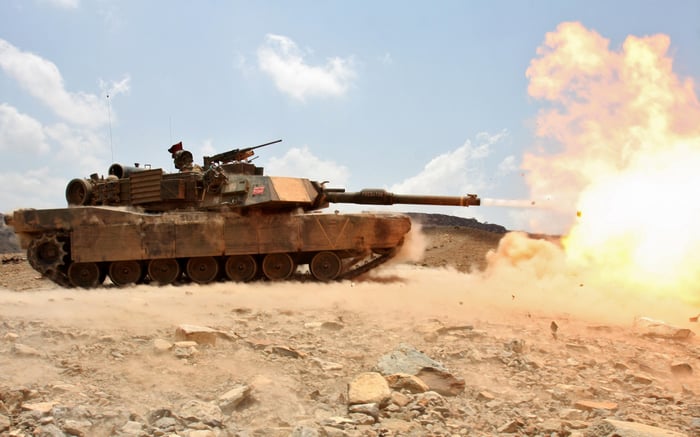 The politics of main battle tanks

Whenever the Lima factory is on the brink of closure, Congress rifles through the Congressional couch cushions and comes up with some loose change to buy a few more tanks, and keep Lima in business for a few more months. For example, in 2015 Congress appropriated $120 million to fund tank production.

But here's the thing: There may be a better way to keep Lima in business -- one that doesn't involve stacking more 72-ton tanks atop the tottering column of surplus M1 Abramses the U.S. already has in inventory.

Simply put, the U.S. could build a new tank -- and it just might.

A new, and better, tank

As reported on military tech website Scout.com earlier this month, the U.S. Army's Tank Automotive Research, Development and Engineering Center, or TARDEC, is currently hard at work designing a new tank to serve in the Army, and hoping to get it ready by 2030. Equipped with "advanced sensors and light-weight composite armor," says Scout, this new tank would be "high-tech," "lightweight," and able to do things the Abrams can't, like "destroy a wider range of targets from farther distances, cross bridges, incinerate drones with lasers and destroy incoming enemy artillery fire." It would also incorporate advanced communications systems permitting it to network with other combatants on the battlefield, and even control its own drone detachments.

Specifics of the new tank design are still being worked out -- for example, will it sport the new lightweight XM360 120mm cannon the Pentagon has been working on, or perhaps a futuristic XM813 rapid-fire 30mm auto-cannon capable of rattling off 200 rounds per minute? This all remains to be seen.

What does seem clear, though, is that if the Army decides to proceed with investment in a new 21st-century super-tank, then this would provide the funds to keep General Dynamics' Lima plant busy building and testing prototypes. Thus, it wouldn't be necessary to continue pouring money into the production of circa-20th-century Abrams tanks that no one seems to want anymore.

And that would be a win-win-win scenario -- for the Army, taxpayers, and General Dynamics.