Please ensure Javascript is enabled for purposes of website accessibility
Log In Help Join The Motley Fool
Free Article Join Over 1 Million Premium Members And Get More In-Depth Stock Guidance and Research
By Chris Neiger - Mar 31, 2017 at 9:16AM

The ride-haiing company could use the cash to help its business in China and expand further into driverless cars.

Didi Chuxing, the China-based ride-hailing company, is just coming off a year where it raised $7.3 billion in funding from Apple, Tencent Holdings, and others (Apple pitched in $1 billion alone). But a recent Bloomberg article reported that Didi may receive another $6 billion round of funding backed by the Japanese telecom giant SoftBank (SFTBF 5.00%).

The new round comes as Didi has been hit hard by new ride-sharing regulations in China and as it attempts to create a global transportation company with an increasing focus on driverless cars. 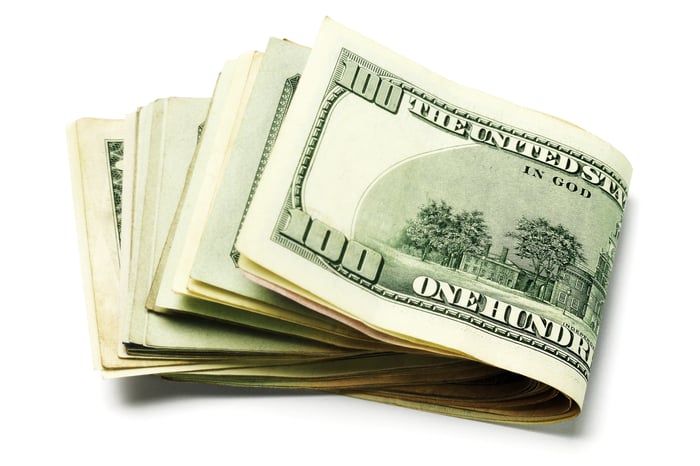 What Didi could do with all that cash

There are a few reasons why Didi would want to raise so much capital. First of all, the company said late last year that it wants to become a global company and has made several moves to make that happen. It purchased a stake in Brazil's largest ride-sharing company earlier this year, has invested in an Indian ridesharing company called Ola and has an investment in Lyft.

You may also recall that Didi Chuxing bought Uber's business in China last year, which marked one of the company's most important moves to date. All of this expansion is costly and it comes at a time when Didi's core business in China is undergoing major changes.

Recently, Didi has run into some problems with increasing ride-hailing regulations in China. The government is cracking down on drivers who live in different cities than they work, and are starting to require various forms of licenses to prove that they're allowed to work in the city.

In response, many drivers have stopped working so they don't have to pay fines, and Didi has cut drivers out of its app. The result has been a shortage of Didi drivers in some cities. Having extra capital on hand could help Didi weather the current regulation storm in some Chinese cities while it works with local governments to get its business back on track.

The Bloomberg report also noted that the influx of new cash could be used for research and development for Didi's autonomous car plans. It's no secret that the world's tech companies and automakers have big plans for driverless cars and Didi wants to make this technology a priority, too. The company just opened up Didi Labs in Mountain View, California, this month and has already hired some self-driving car experts away from Uber.

Didi is valued at about $35 billion after its big funding round last year, and its valuation could go up again this year if the SoftBank round actually happens.

It's worth noting that if Didi goes through a new investing round, some current investors, like Apple and Tencent, might also participate. Bloomberg mentioned that these companies might invest on a pro rata basis (which would give them the same level of their current Didi ownership) so that their stake in Didi isn't diluted by the new investing round.

What's becoming increasing clear is that Didi continues to garner a lot of interest from technology companies, and a new investing round could make the company even stronger. Didi is already in 400 cities across China, has 300 million customers, and delivers 20 million rides every day. And an extra $6 billion could go a long way toward helping Didi build out is ride-hailing business and driverless car ambitions even more.