The diversified shipper buys six more vessels as it closes off the first round of its acquisition strategy.

After shoring up its balance sheet at the end of last year, DryShips (DRYS) charted a course to rebuild its depleted fleet. The company quickly dove back into the acquisition market, buying vessels left and right, taking advantage of the generosity of investors who provided it with fresh capital so it could acquire vessels at historically low prices. That said, after buying six more ships this week, the company is closing the first phase of its rebuild. It's a transformation that positions the company to generate significant earnings in the future if everything goes according to plan.

Bulking up and then some

DryShips' latest deal is as large as it is diverse. Overall, the company will spend $268 million on six vessels, including one Aframax tanker and three Karmsarmax dry bulk vessels. Further, the company will exercise its options to buy the remaining two newbuild Very Large Gas Carriers (VLGC) that it initially secured earlier this year. 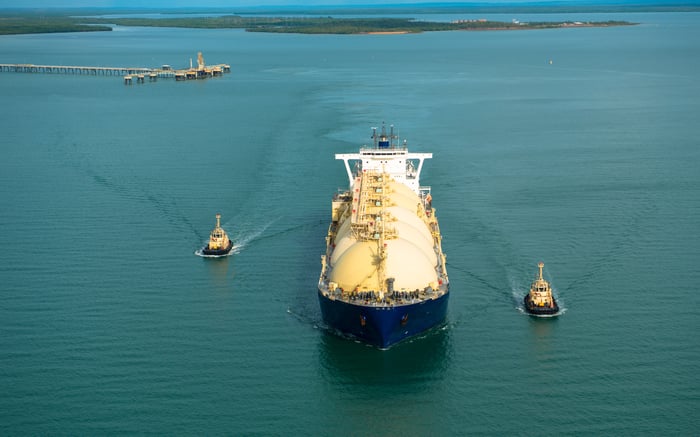 With this transaction, the company has now acquired 14 vessels since the start of the year, paying $663 million. Seven of those ships are dry bulk carriers, which will bring its total dry bulk fleet back up to 20 vessels. The company will also own three oil tankers, including two Aframax and one Very Large Crude Carrier (VLCC), and it now has four VLGCs on the way. It's certainly a diversified fleet, which has its benefits and its potential pitfalls.

One of the advantages of having a diversified fleet is the ability to reap the differences in spot market rates among the various vessels. For example, the company started the year with a dry bulk fleet of 13 Panamax vessels, which it anticipates can capture spot rates of $10,000 per day in 2017. However, it expects its new additions of Newcastlemax and Kamsarmax to achieve rates of $16,000 per day and $12,000 per day, respectively, due to the differences in size and materials hauled, which is leading to stronger demand for those vessels at the moment. Meanwhile, the company's crude-carrying vessels should earn rates of $18,000 per day for the Aframaxes and $30,000 per day for the VLCC, respectively.

Using those assumptions and combining it with the fixed rate charters of its VLGCs and the other vessels currently under charters, DryShips' rebuilt fleet could generate $70 million of annual EBITDA, which is a sharp increase for a company that generated negative EBITDA last year. That's likely a higher earnings rate than what the company would have earned if it had just bought more Panamax vessels. 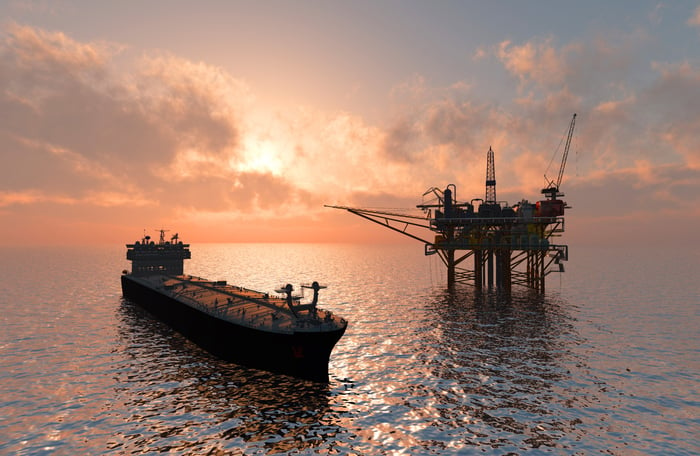 That said, diversification has its pitfalls as well. One issue is that it's harder to maintain a diversified fleet, which can lead to higher costs. That's one reason why oil tanking company Nordic American Tanker (NAT -3.13%) made the strategic decision only to own Suezmax tankers, which it believes is a key success factor. By focusing on just that one vessel type, Nordic American Tanker can keep its costs low because it has maintenance down to a science. In fact, its current cash break-even rate is less than $11,000 per day per ship. Contrast this with rival Frontline (FRO 0.69%), which owns three types of vessels, including Suezmax and VLCCs. Frontline's cash break-even cost on its Suezmax ships was $17,300 per day last quarter. That puts it at a competitive disadvantage with Nordic American, which can earn more money than rivals. In fact, given that spot rates for Suezmax vessels ranged from $16,700 to $25,000 over the past few months, there were times when Frontline's fleet was losing money while Nordic American's was still cash flow positive. The concern, in DryShips' case, is that its costs will be higher than those of rivals because it lacks their scale advantages, so it could lose money in a weaker market, which has been its problem for the past few years.

DryShips has rapidly expanded its fleet this year, finishing its rebuilding program in just three months, setting itself up to generate significant earnings if the current spot market prices hold up. Further, the company has insulated itself from some spot market volatility by diversifying its fleet across several markets and vessel types.

That said, there is a concern that the company has spread itself out too thin by acquiring just a couple of ships in each category, which could make its fleet costlier to maintain in the future. It's a problem the company will need to address when it starts up round two of its rebuilding phase.