Investors can soon add graphics technology to the long and growing list of crucial ingredients that Apple now develops in-house.

If you've been paying attention to Apple's (AAPL 2.45%) increased in-sourcing and vertical integration of core technologies over the past few years, it shouldn't come as a surprise that the Mac maker has decided to drop U.K.-based Imagination Technologies. The British company has been Apple's longtime supplier for graphics technology, which Apple licenses and designs into its A-series of processors. For example, the most recent A10 Fusion chip that powers the iPhone 7 and 7 Plus uses a custom version of Imagination's PowerVR GT7600 graphics architecture.

Imagination has just made a devastating announcement that Apple is planning on dropping it within a couple of years. 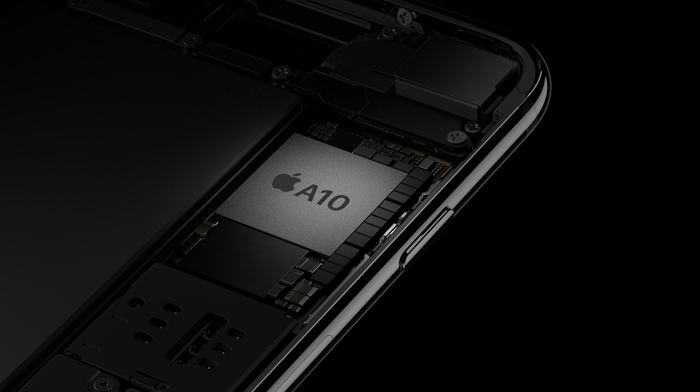 Apple has notified Imagination that it will cease using Imagination's intellectual property within 15 to 24 months, at which point the license and royalty revenue stream will dry up. Apple is Imagination's largest customer -- by far -- comprising half of consolidated revenue.

Getting dropped by Apple has quite literally been Imagination's biggest risk factor for years, and it just happened. It's no surprise, then, that shares are down over 60% today. Apple and Imagination reportedly discussed Apple acquiring the smaller company last year, but Apple decided not to move forward; Apple currently has an 8% stake in Imagination.

Can Apple really get away?

Apple has been working on its own graphics technology for quite some time, and has even been hiring graphics chip engineers in the U.K., further underscoring why today's news should not be all that shocking. Don't be surprised if some of Imagination's engineers go ahead and jump ship to Apple; Apple's corporate office where those positions are located is less than an hour's drive from Imagination's headquarters in northwest London. Let the poaching begin.

In addition, consider CFO Luca Maestri's recent explanation for why Apple's R&D spending has risen precipitously in recent years. One important contributing factor has been a strategic focus on bringing more development in-house:

The third reason, I think, is a very strategic one and a very important one that allows us to keep our differentiation from the rest of the industry, and it's the fact that today, we do much more in-house development of some fundamental technologies than we used to do a few years ago, when we were leaving more of that to the supplier base. Think of the work that we do around processors or sensors, right? Much more work than we're doing today in-house than we used to. It's very important for us because we can push the envelope on innovation. We have better control over timing, over cost, over quality. And so we look at that as a great strategic investment for us, right?

Graphics technology absolutely qualifies as a "fundamental" technology, particularly if you think about how important graphics performance will be for the future of virtual reality (VR) and augmented reality (AR), which Apple is already actively exploring as we speak.

Investors can soon add graphics technology to the long and growing list of crucial ingredients that Apple now develops in-house.