There are some big growth opportunities in small-cap stocks right now.

Small-cap stocks can provide some of the biggest opportunities for investors simply because they're starting from a lower equity base than their larger rivals. If they grow, investors can ride the wave of growth to large long-term profits. 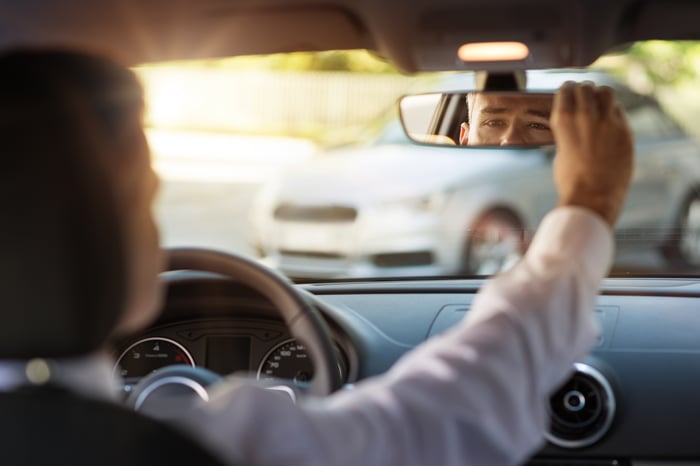 A dominant player in a growing automotive niche

John Rosevear (Gentex Corp.): Michigan-based Gentex specializes in a product you probably don't think about much: automotive rear-view mirrors. If your car's mirror has buttons or switches on it, or dims itself at night, Gentex probably made it. As cars get more complex, the market for rear-view mirrors that do other things is growing.

That's a market that Gentex dominates. Back in the 1980s, it pioneered self-dimming rear-view mirror technology, an innovation that got a lot of attention from automakers. Today, it owns that market, with a 92% share in 2016, and its rear-view mirrors incorporate a growing mix of useful gadgets and functions that have steadily boosted their selling prices -- and Gentex's top and bottom lines.

That trend is almost certain to continue. The software revolution has reached the automobile, and one result is that new cars produce and use more data than ever. As long as cars have human drivers (which they will for quite a while yet), that data has to be presented somehow. The rear-view mirror is an important space in the driver's field of vision, and Gentex has shown automakers that it can make good use of it.

Take a closer look at this one.

An aircraft leaser with an option on growth

Chuck Saletta (FLY Leasing Ltd.): Aircraft leasing company FLY Leasing is a $420 million market cap company  that has a fairly risky business line, but also has a financial story that makes it worth considering as an investment. The risk comes from the fact that airplanes are very expensive, yet very mobile equipment.

The fact that they're expensive means that companies don't tend to invest in them unless they have what they believe to be a compelling need. The fact that they're mobile means that a spare aircraft can move virtually anywhere in the world in a matter of days. That makes pricing power tenuous at best. And as a leasing company, FLY Leasing is in a position of having to cover the financing costs of its existing fleet, regardless of whether those planes are actively leased or not.

Still, those risks look to be reasonably priced into its market capitalization already. FLY Leasing trades at around 0.7 times its book value, meaning investors already value it at less than the value of its planes and other assets on its balance sheet, less its debts. Yet the company is expected to turn in a profit over the next year -- and post reasonable profits over the next five years, as well. Indeed, it's trading at around 6 times its expected earnings, another reflection of its risky business line.

If FLY Leasing delivers on expectations over time, its shares could fetch somewhere in the neighborhood of its book value, giving it around a 40% upside. If it fails completely, the fact that it's already trading at a decent discount to its book value should provide investors some hope of a recovery in a liquidation sale. That combination of upside potential and downside buffer makes it worthwhile to consider as an investment this April. 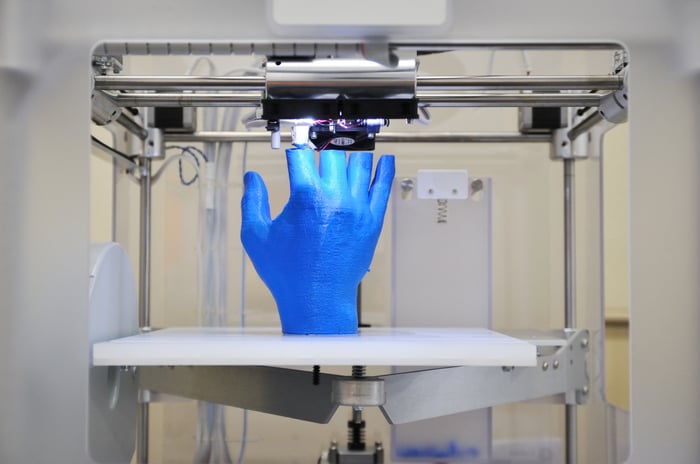 Brian Feroldi (Proto Labs): Additive manufacturing, which is also called 3D printing, was a red-hot sector a few years back. Investors were enamored with the technology, and bid up shares of several 3D printing companies to astronomical valuations. Predictably, the euphoria eventually reached its peak, and shares of nearly every 3D printing company came crashing back to earth. Proto Labs, a manufacturer focused on rapid prototyping, got caught up in this hype cycle, and has been falling for years. Thankfully, there are reasons to believe that this small-cap's future is looking up.

First, it is important to know that Proto Labs doesn't have anything to do with manufacturing or selling 3D printers. Instead, the company offers rapid manufacturing services to product developers who are in the design process. Once a developer has a design in place, they upload it to Proto Labs, which then uses its specialized manufacturing equipment including 3D printers to churn out the custom product in as little as one day. That's a far faster turnaround time than traditional manufacturers can offer, which is why developers have been flocking to Proto Labs for years.

As of the end of 2016, its customer count topped 14,000, a 13% increase over the prior year. Over time, that strong customer growth should translate into revenue growth as those developers order more services. When adding in the potential for Proto Labs to offer new services and expand geographically, the company should be able to churn out double-digit revenue and profit growth for several years. That should ultimately translate into a higher share price, making Proto Labs a great stock to consider buying today.

Tyler Crowe (Atwood Oceanics): The offshore rig industry may be at its lowest point since we starting building them. The brutal downturn in oil and gas prices from 2014 through 2016 induced energy producers to cut capital budgets, which meant few companies were leasing rigs for work. At Atwood, that led to most of its rigs falling off contract, and revenue has dried up. Today, Two of the company's five active rigs are slated to roll off contract in the second half of 2017, and there have been no indications that it will win new contracts.

Here's the thing, though: Atwood's situation isn't unique. Almost every company in this industry segment is suffering mightily right now, and the market is pricing the stocks of these businesses as if they are all going to die. Today, shares of Atwood Oceanics trade for a price to tangible book value of 0.18 times. That's equivalent to saying that the entirety of the business is worth 18 cents for every dollar of assets if the company was liquidated today.

The reason there is hope for Atwood in the future is twofold: One is that capital spending is picking back up again. Its management estimates that there are about 20 offshore projects slated to receive final investment decisions in 2017, giving the company some work on which to bid. With so little of its fleet being used today, one or two wins would be a huge win.

The other reason to be hopeful is that the company seems well prepared to handle an even lower trough in the offshore rig market. Today, it has $410 million in cash on hand with no debt or new rig delivery payments due before 2019. This financial position should give Atwood adequate breathing room to work through the rest of this industry downturn.

I'll admit that this is a riskier investment, but shares are incredibly cheap today, and the potential payout a few years from now could make the risk worth it.

Travis Hoium (SunPower): It's amazing that in 2017, a leading solar company like SunPower can have a market cap of just $850 million, despite having the industry's best technology from an efficiency standpoint. If solar energy reaches even a fraction of its potential, I think SunPower and others in the industry will be incredibly good investments.

To put the opportunity into perspective, enough solar energy hits the Earth every hour of every day to replace every other energy source in the entire world for an entire year. All of the coal, oil, natural gas, nuclear... everything. From a financial perspective, the electricity market alone is worth about $2 trillion annually, so this is a really big opportunity.

But the road hasn't been easy for the solar industry. Falling panel prices have put pressure on manufacturers, and lately, aggressive bidding by developers for contracts to build solar plants has left them with extremely thin profit margins.

But the industry is starting to consolidate around a few key manufacturers like SunPower and I expect some of the weak, highly leveraged, competitors to end up in bankruptcy in 2017, which should lead to a healthier industry for the survivors. At the same time, SunPower's high-efficiency solar panels are starting to gain traction in residential and commercial markets, generating strong demand and better margins.

SunPower is definitely a high-risk bet in solar energy, but its upside is too big to ignore. The company is gaining ground in small-scale projects, and if reports about its plans to build a new 5 GW factory in China are true, it could become one of the biggest suppliers in the industry in a short amount of time. Given that SunPower is trying to disrupt an energy market worth trillions of dollars every year, there's a lot of potential for this small-cap stock.