This battle gets interesting when considering the directions these two pipeline giants are heading.

The primary reason investors pour money into pipeline stocks is to collect their generous dividends. Because of that, when most investors see that Sunoco Logistics Partners (NYSE: SXL) currently yields 8.5% while Kinder Morgan (KMI 0.27%) pays a paltry 2.3%, they declare Sunoco the winner on the spot. However, there's much more to these two stories.

In fact, the most important thing investors need to know about Sunoco Logistics Partners is that it's about to undergo a significant change because it's merging with sibling Energy Transfer Partners (ETP). Further, while Sunoco is the acquiring company, the Energy Transfer name will remain. Needless to say, that deal muddies the water quite a bit and might make investors think twice before buying Sunoco just for its eye-popping yield. 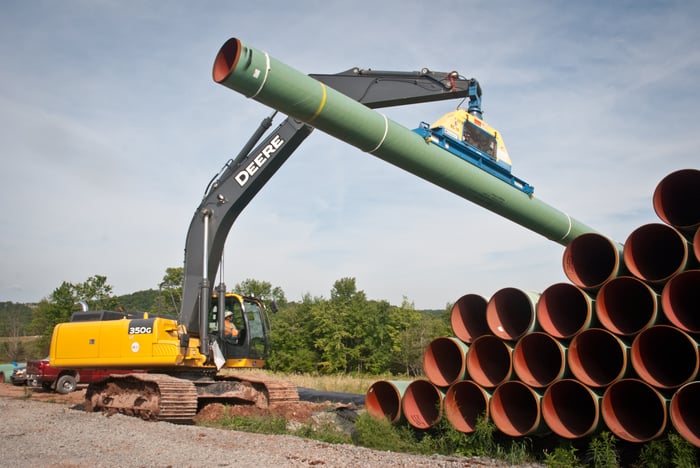 If there's one thing pipeline stock investors have learned over the past few years, it is the importance of having a solid financial foundation. Here's how this trio stacks up:

As that chart shows, Sunoco Logistics Partners has the strongest credit metrics of the group, which is why one rating agency awarded it with a higher credit rating. However, its upcoming combination with Energy Transfer Partners will dilute its credit metrics quite a bit. In fact, the company expects its pro forma leverage ratio to be around 5.0 upon completion of the merger. That said, the stated goal is to get the leverage ratio down to 4.0 within the next 12 to 18 months. Driving that improvement will be future project completions and a plan to maintain a coverage ratio of more than 1.0, using excess cash to reduce debt.

Kinder Morgan, likewise, is working toward improving its balance sheet, aiming to get its leverage ratio down to 5.0 soon. That's one reason why it significantly reduced its dividend a few years ago -- so that it would generate excess cash flow for debt repayment. That plan seems to be working, because its leverage ratio has improved tremendously over the past year.

A look at what's up ahead

Once the Sunoco-Energy Transfer deal closes, management believes the combined company can grow the payout from Sunoco's current level at a rate in the low double digits for the next few years. Fueling that growth is the approximately $15 billion that the companies have invested in growth projects in recent years, many of which are entering service this year and should start fueling strong distributable cash flow growth. In addition, the combined company expects to achieve more than $200 million of commercial synergies and cost savings by 2019, giving it more cash flow to support the distribution.

Kinder Morgan, likewise, has several expansion projects slated to enter service in the next few years. Overall, the company has $12 billion of projects in its backlog, though it is looking for alternative financing to help fund up to half of its largest project, the $5.4 billion Trans Mountain Pipeline expansion project in Canada. Once it has the funding for that project, Kinder Morgan anticipates that it can restart dividend growth, with many analysts expecting it to double the payout by next year. 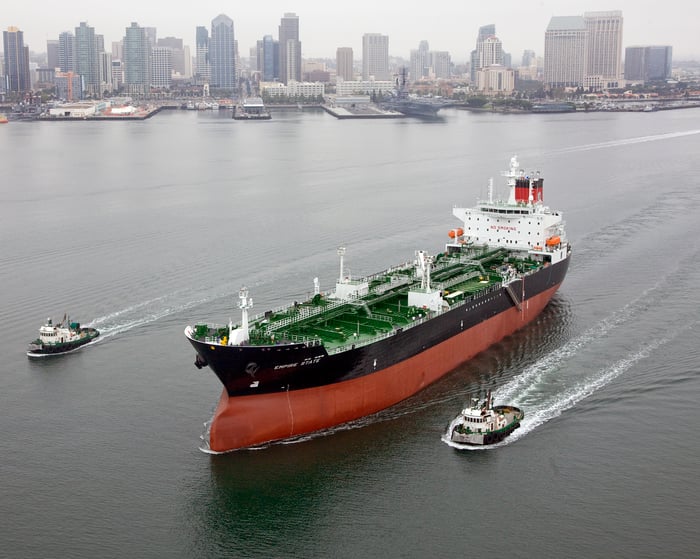 Haven't we seen this plan before?

If everything goes according to plan, executives expect the combination of Sunoco Logistics Partners and Energy Transfer Partners to be in the position to grow its already generous payout by double digits for the foreseeable future while maintaining a coverage ratio of more than 1.0. If that plan sounds eerily familiar, it's because Kinder Morgan put out the very same one a few years ago when it consolidated its master limited partnerships. Unfortunately, that strategy backfired when market conditions deteriorated, forcing Kinder Morgan to slash its payout and shore up its balance sheet.

Because of that, Kinder Morgan will likely maintain a conservative coverage ratio going forward when it restarts dividend growth. Many analysts believe the company could double its dividend starting next year and still maintain a 2.0 coverage ratio. Meanwhile, it would have the ability to increase the payout in the future along with cash flow, potentially delivering double-digit annual growth.

While Sunoco Logistics offers investors a much higher yield right now, that payout comes with a higher level of risk because it requires the company to pay out nearly all its cash flow. That's a concern because it might need to cut the payout if market conditions go south, which is what happened to Kinder Morgan when it tried that plan in the past. That's why Kinder Morgan's lower-risk approach makes it the better buy, in my opinion, especially when considering that its payout is about to get a big boost very soon.