Top names in the tech and REIT worlds recently lifted their payouts.

Some companies surprise the market with unexpected dividend raises, while others do so more regularly and reliably. For this edition of our continuing series, I've got a mix: One of our chosen stocks is still relatively new to the dividend scene, while the other two are busy and frequent lifters.

Without further ado, here's a closer look at the chosen trio. 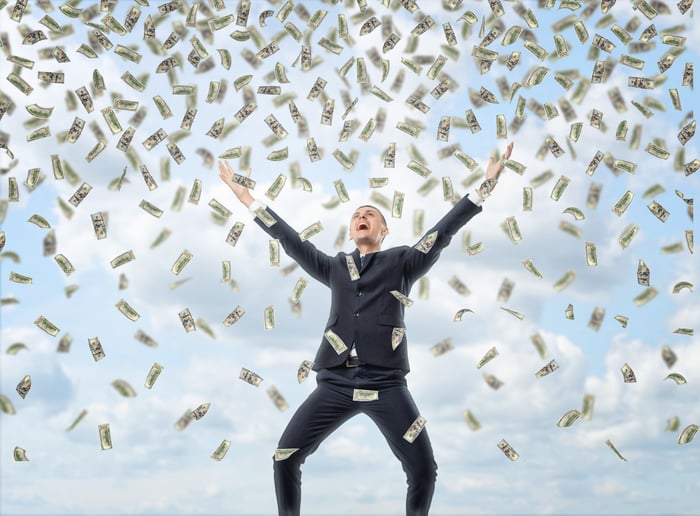 The biggest raiser of our selected three is Oracle (ORCL 0.27%), which has hiked its quarterly dividend 27% higher to $0.19 per share.

The company's been on a roll lately. It's one of the best performers in the cloud computing space, with its take from the cloud software-as-a-service and platform-as-a-service segments rising a mighty 73% on a year-over-year basis combined, in its most recently reported quarter. These days, cloud revenue comprises 15% of the company's overall total, nearly double the figure from the same period last year.

This performance helped lift Oracle's overall adjusted revenue (by 2% to just over $9.2 billion) and adjusted net income (up 6% to almost $2.9 billion, or $0.69 per share). The earnings-per-share tally comfortably beat analyst estimates, and although revenue missed, the company didn't whiff by much.

Oracle has always been a monster cash flow generator, and that trend should grow even more pronounced if the cloud business continues to take off. There's little reason to think at this point that it won't, and considering that the company distributes a relatively small chunk of its free cash flow as a dividend, I would fully expect more raises in the future (although it would be nice if the company were more generous with its payout). 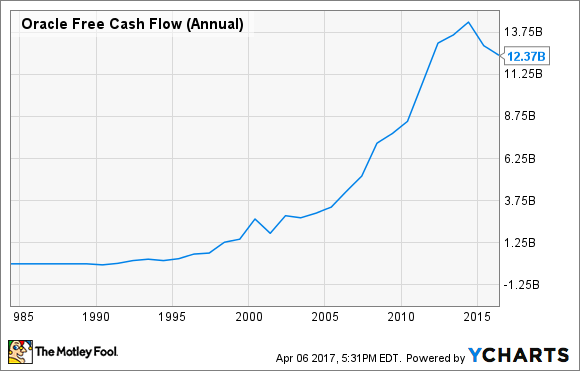 Oracle's upcoming dividend will be dispensed on April 26 to stockholders of record as of April 12. At the most recent closing stock price, that would yield 1.7%. This is just under the current 1.9% average of dividend-paying stocks on the S&P 500.

There it goes again. "The Monthly Dividend Company" and frequent raiser Realty Income (O -0.40%) has declared an 0.2% bump in its next payout to just over $0.21 per share.

As a real estate investment trust, Realty Income is obligated to distribute nearly all of its net income in the form of shareholder dividends. The company has been doing this faithfully since its 1994 IPO; across that span of time, its disbursement has risen from $0.90 per share to slightly over $2.53, on an annualized basis.

It's got the fundamentals to support this. The retail REIT is a consistently strong performer, with an occupancy level that regularly lands in the high 90% range (the most recent quarterly figure was 98.3%). It has some of the top names in retail as tenants, and these companies typically rent on long-term leases. 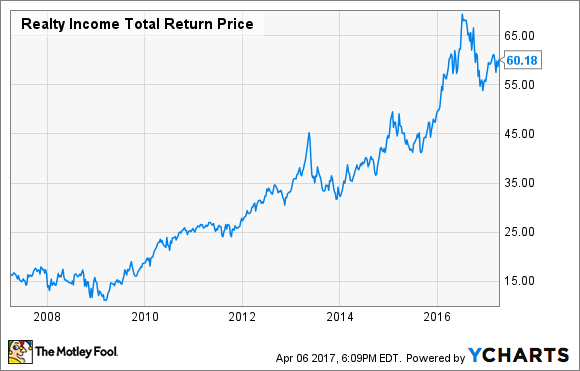 The retail industry has had its struggles lately, but you wouldn't know it from Realty Income's results. In its fiscal 2016, the company grew its top line by 8% on a year-over-year basis (to $1.1 billion), with adjusted funds from operations -- the most significant profitability metric for REITs -- rising a sturdy 14% to $736 million, or $2.88 per share.

If we glance at the REIT's cash flow statement, we see that over the years, its free cash flow has been more than sufficient to cover the dividend. No one should worry, then, about the continued viability of this payout.

Realty Income will pay its next dividend on April 14 to investors of record as of April 3. The new distribution yields a theoretical 4.2%.

W.P. Carey differs from its rival in two important respects. First, it has a global real estate portfolio, as opposed to the domestic-only lineup of Realty Income. Second, it's not only a landlord but it also manages a portfolio of outside REITs.

Lately, though, the two have been going in opposite directions -- in fiscal 2016, the global real estate segment's revenue rose by 3% on an annual basis, to $755 million. Investment management (i.e. the managed REIT portfolio) , though, dipped by 8% to $186 million.

As a result, overall revenue inched up by less than 1%. In terms of profitability, AFFO increased by 3% to land at almost $548 million ($5.12 per diluted share).

One item of concern, however, is indebtedness. As I've pointed out before, W.P. Carey is more eager than some of its peers to borrow money. Witness: 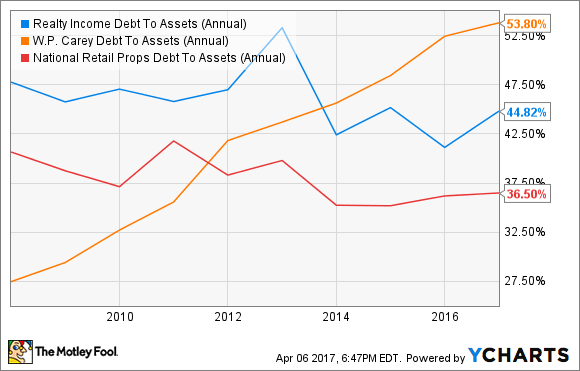 That said, in respect to the dividend W.P. Carey is probably secure. As with Realty Income, it tends to generate enough free cash flow, and then some, to fund its dividend. We can probably count on that habit staying in force going forward.

W.P. Carey's freshly raised dividend will be handed out on April 17 to shareholders of record as of March 31. At the current share price, it would yield 6.4%.

Oracle Has Shocking News That You Should Know
420%