The company's merger with Bass Pro Shops looks to be back on track.

Bass Pro Shops' decision to buy rival Cabela's (CAB) for $5.5 billion made sense in a difficult retail environment, but since the October announcement, the execution has been far from easy. The deal has been sidetracked by the challenges Cabela's has faced selling the internal banking operation for its credit card program.

Cabela's had reached an agreement to sell its credit card unit to Capital One as a side deal that was announced on the same day as its acquisition. The agreement was supposed to become effective when the merger closed.

Due to a number of regulatory problems, however, that deal has stalled, casting doubt on whether it would happen at all. If it does not, and Cabela's fails to find another buyer for the unit, its deal with Bass Pro Shops would be in jeopardy. But in late March, Cabela's found what appears to be its answer, Synovus Financial, a smaller bank that now plans to take over, keeping the deposits and then reselling the credit card business to Capital One. 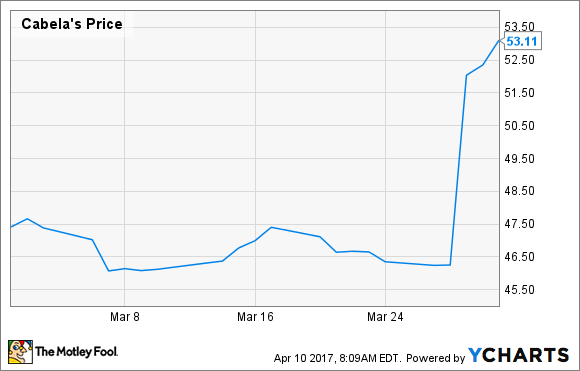 With Synovus swooping in to save the day, the broad merger between Cabela's and Bass Pro Shops should be back on track. That helped Cabela's stock recover -- after closing out February at $46.84, shares climbed to $53.11 last month, a 13.4% gain, according to data provided by S&P Global Market Intelligence. 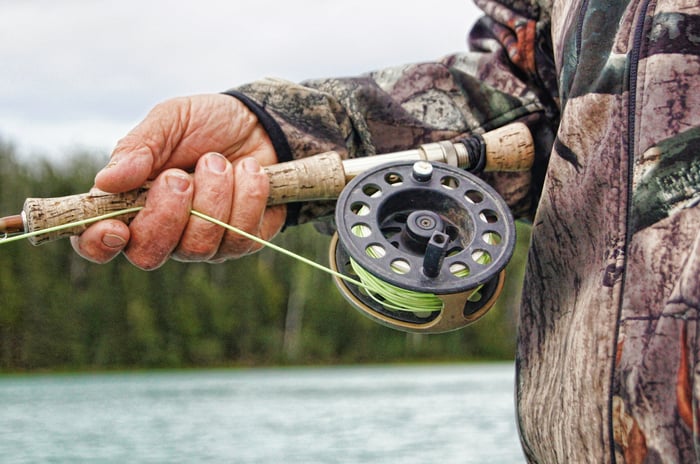 According to the original deal press release, closing is supposed to occur in the first half of 2017. As that window closes, a review from the Federal Trade Commission has yet to be finalized, but even with these hurdles, the strategic rationale behind the merger remains sound.

However, Cabela's stock is still trading well below the $65.50 per share Bass Pro offered to take it over, so despite the recent positive developments, investors still have their doubts as to whether the deal will ultimately go through.

Should Bass Pro Shops Ask for Another Discount From Cabela's?
405%