Please ensure Javascript is enabled for purposes of website accessibility
Log In Help Join The Motley Fool
Free Article Join Over 1 Million Premium Members And Get More In-Depth Stock Guidance and Research
By Steve Symington - Apr 11, 2017 at 6:00AM

And what to expect from the yoga apparel company going forward.

Lululemon stock had actually climbed slightly between the start of last month and its earnings report on March 29, 2017. But shares plummeted after the company revealed revenue grew 12% year over year, to $789.9 million, including 6% growth in comparable-store sales. Meanwhile, net income rose 16%, to $136.1 million, or $0.99 per share. Analysts' consensus estimates called for lower revenue of $785 million but higher earnings of $1.01 per share. 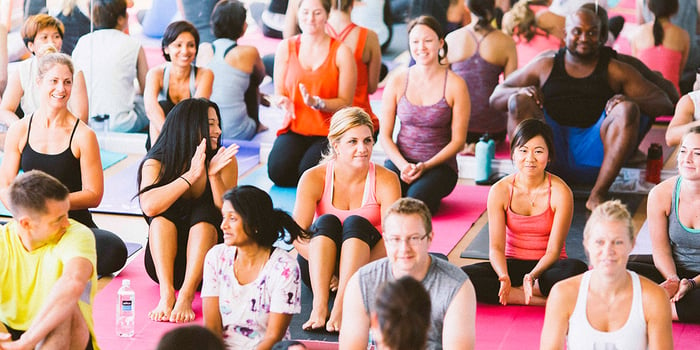 But the market was significantly less impressed with Lululemon's guidance, which calls for fiscal 2017 revenue in the range of $2.55 billion to $2.60 billion. That's good for decelerated growth of roughly 0.9% from last year at the midpoint, and assumes a total comparable sales increase in the low single digits at constant currency. On the bottom line, that should translate to full-year earnings per share of $2.26 to $2.36, up from $2.21 per share in fiscal 2016, but well below the growth Wall Street was modeling.

CEO Laurent Potdevin stated that the company has had a "slow start to 2017," and later blamed "an assortment lacking depth and color for spring compounded with visual merchandising that did not powerfully translate our design vision." But Potdevin also insisted Lululemon is working hard to correct these issues, and that its "teams are passionately committed to delivering on our robust plans across product innovation, digital, North America and international as we realize our ambitious vision for the future."

That's all well and good, but it's hard to blame investors for lacking confidence in Lululemon after these serious design and marketing missteps. So, in the end, we should receive more color on its attempts to reaccelerate growth when Lululemon announces first-quarter 2017 results in early June. But unless the company revises its guidance upward in the meantime, it seems safe to say shares will remain under pressure until then.