Please ensure Javascript is enabled for purposes of website accessibility
Log In Help Join The Motley Fool
Free Article Join Over 1 Million Premium Members And Get More In-Depth Stock Guidance and Research
By Andrew Tonner - Apr 13, 2017 at 10:31AM

Breaking down why Disney, Comcast, and 21st Century Fox stand as best-in-class income investments among TV and movie makers.

Hollywood is famous for its glitz and glamor, and the leading stocks in the entertainment industry have been making investors feel glamorous for years. Last year alone, Hollywood studios raked in a whopping $11.3 billion in box-office receipts in North America alone.

Vaunted media names including The Walt Disney Company (DIS 3.69%), Comcast (CMCSA 1.18%) (NASDAQ: CMCSK), and Twenty-First Century Fox (FOXA) (FOX) lie at the epicenter of Tinseltown's money machine. So let's dig further into what makes these three studio powers some of the best dividend stocks to own in Hollywood today.

The House of Mouse remains one of the top entrainment stocks in the world, thanks to a business model built to monetize its world-class content in several different ways.

Disney's operation should be seen as split between two distinct elements. The first is its cable networks segment, which includes leading cable assets such as ESPN, Freeform (formerly ABC Family), and The Disney Channel. This segment is arguably Disney's most important division, accounting for half the company's annual operating profits -- ESPN alone is estimated to produce 34% of Disney's EBITDA, though the company doesn't disclose exact figures.

The second portion of Disney's business contains its three remaining reporting divisions: studio entertainment, parks and resorts, and consumer products and interactive media. These sections deal with the more "classic" activities most commonly associated with Disney, including movie production, theme parks such as Disneyland, merchandise to tie in with its movies.

Disney's shares currently yield 1.3%, roughly in line with its average yield over the past five years. That figure stands well below the S&P 500's current 1.9% yield. But although it hasn't raised its annual dividend with the consistency of a dividend aristocrat, Disney has generally shown an impressive willingness to grow its dividends per share. In fact, Disney's cash distributions have increased from $0.20 per share in 2000 to $0.78 last year, which again reiterates why Disney is one of the most beloved stocks in the Fool's premium-newsletter universe. 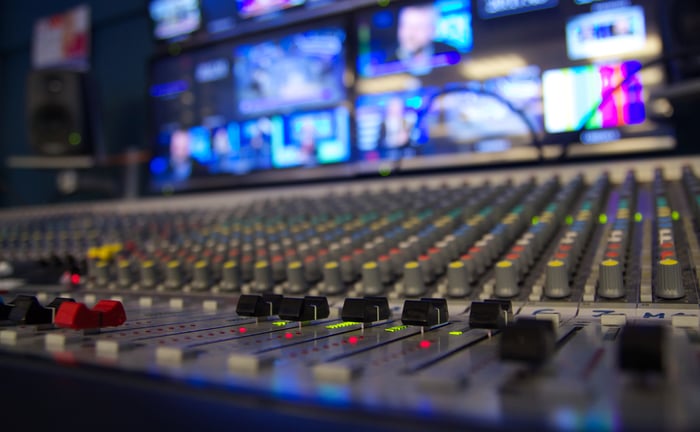 Like Disney, Comcast isn't necessarily a pure-play income investment, but its earnings growth and dividend story together make it one of the more attractive entertainment stocks for long-term investors. Today, Comcast stock yields 1.4%, also well below the broader market's yield. However, the company has raised its annual dividend payments each year since the company initiated its cash distributions in 2008. Better still, the company's relatively low 30% payout ratio should provide Comcast with plenty of financial flexibility to continue to grow its dividends in the years to come.

The company remains one of my top picks among Hollywood stocks to thrive in the entertainment industry's next era. As I have previously argued, the TV landscape is set to shift dramatically in the coming years as a result of several major trends taking place within the tech, media, and telecom sectors. The gist is that cable video content will become uncoupled from its long-standing fixed-line model and, instead, will transmit over wireless networks directly to wireless devices.

In my view, thriving in this environment will require two key attributes: controlling cable production assets, and operating a wireless network. The thinking is that bringing so-called mobile bundles to market will require companies to negotiate new or updated terms for their new video offerings, and controlling content, which can be used to leverage potentially reluctant cable companies, is the only way to secure all the content necessary to form a palatable cable product. If that proves to be the case -- which is merely my opinion, not industry gospel -- then Comcast and AT&T will be the only two companies that meet this criteria by the end of 2017; AT&T's purchase of Time Warner will give it the content assets it needs. 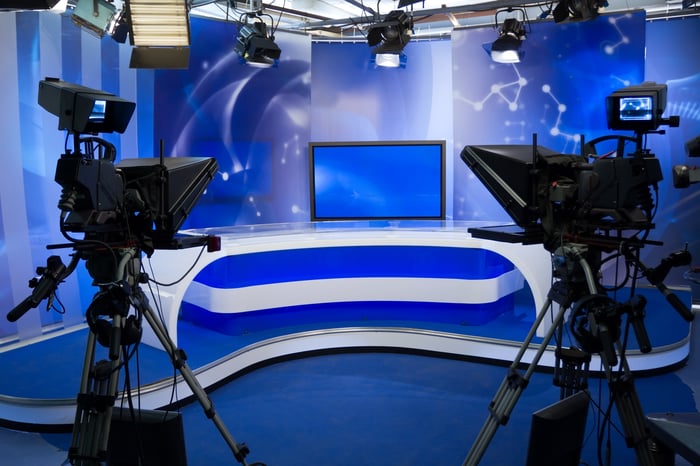 The last name on this list, 21st Century Fox, is a notable investment and a possible acquisition target because of its standalone content assets. The company operates three main segments that each tie into the entertainment industry. Cable TV programming stands as 21st Century Fox's most important segment, contributing 55% of the sales and 77% of operating income before depreciation and amortization expenses,  the profit metric the company uses to guide internal decision making. The segment includes networks that remain mainstays of most modern cable packages, including FX, Fox News, National Geographic Channel, and more. The company's other two segments engage in feature-film production (Twentieth Century Fox Films) and local-affiliate TV station broadcasting.

Notably, 21st Century Fox stock has received attention from some famous investors. Warren Buffett's Berkshire Hathaway currently owns about 0.5% of 21st Century Fox's shares outstanding, which translates into a stake worth $280 million at current prices. This relatively small dollar value of Berkshire's stake suggests that one of Buffett's portfolio managers initiated the position, so the Oracle himself most likely hasn't yet given 21st Century Fox shares his own blessing. However, as with other current Berkshire investments, like Apple, Buffett's lieutenants originally saw the opportunity before their billionaire boss did. Whether a similar scenario could play out in 21st Century Fox's shares remains to be seen, but the company's content assets are compelling at a time when TV and movie production businesses are in high demand.

The shares currently yield just 1.1%, which leaves something to be desired. However, the company's 20% payout ratio leaves it plenty of room to raise its dividend payments. In that vein, the company has paid an annual dividend since 1987, long before the company separated its broadcast and print operations. And though it hasn't raised its dividend at the steady annual cadence investors love, the company has aggressively grown its cash payments over the years. As such, 21st Century Fox indeed earns a place as one of the best dividend stocks in Hollywood today.