Please ensure Javascript is enabled for purposes of website accessibility
Log In Help Join The Motley Fool
Free Article Join Over 1 Million Premium Members And Get More In-Depth Stock Guidance and Research
By Neha Chamaria - Apr 15, 2017 at 9:36AM

Given the essential nature of agri business, buying these agriculture and farming stocks today should pay off in the long run.

Investing in agricultural and farming stocks might sound incredibly boring, but buying ag stocks also means you're betting on an industry poised to address one of the world's biggest challenges of feeding an ever-growing population. That makes for a great investment proposition, so you might want to look at some of the top agricultural stocks to buy today. You'd be spoiled for choice, as agriculture is a huge industry with stocks covering fertilizers, seeds, agricultural chemicals, farm equipment, food processing, and more.

Some of the big names in the industry today, in no particular order, include:

Among these, the following three stand out as the best agriculture stocks to buy for 2017 when you consider recent developments and growth prospects.

Mosaic is among the top fertilizer stocks in the agriculture industry right now. Primarily a phosphate producer, Mosaic is also among the world's largest potash companies. Phosphate and potash are among the three primary nutrients aside from nitrogen that are used for crops. 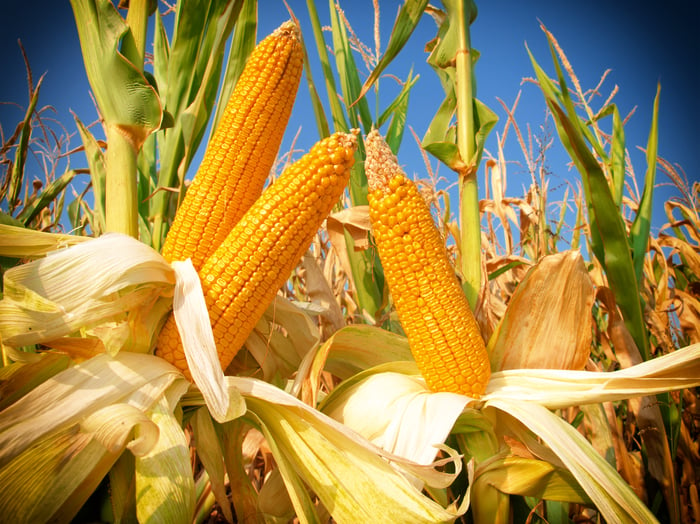 Mosaic estimates it'll become the world's largest producer of potash and phosphate combined after acquiring Vale SA's Brazilian fertilizer business. This acquisition is, in fact, why agricultural investors should consider Mosaic right now as it'll give huge headway to the company in the world's fastest-growing fertilizer-consuming nation at a time when fertilizer markets appear to be bottoming, positioning Mosaic to make the best of an upturn.

I also find Mosaic's management credible, as I highlighted in a recent article. Management recently slashed dividends in a proactive move, which might hurt investors in the near term, but should strengthen Mosaic's financial standing by ensuring the company can balance growth and sustainable payouts going forward. At a price-to-cash-flow ratio of only eight times and a dividend yield of 3.8%, Mosaic offers a compelling entry point for agricultural investors.

FMC: An agricultural growth stock in the making

FMC is perhaps among the least-popular agriculture stocks, and its recent agreement with DuPont is what's making heads turn. FMC will swap its health and nutrition business and $1.2 billion in cash for a portion of DuPont's crop protection business in a deal that is expected to add $1.5 billion to FMC's fiscal 2017 revenues. That's nearly half of the revenues FMC generated last year, which is why this announcement is such a big deal.

What matters even more are the 15 R&D facilities and the early-stage product pipeline that FMC will add to its kitty. Given that its own active-ingredient R&D capability comprises just eight facilities, FMC's R&D will be stronger than ever after the deal. For any agricultural chemicals and crop protection company, R&D is crucial for future growth.

Of course, there's a big caveat: The deal is subject to the closing of DuPont's merger with Dow Chemical, which itself has run into regulatory hurdles. However, given the kind of aggressive moves both heavyweights are making -- including DuPont's deal with FMC -- to address regulatory concerns, the merger might eventually be completed.

Even if it's not, FMC makes a great stock to invest in given its consistent double-digit returns on invested capital and equity, a debt-to-equity ratio below 1, and positive free cash flow. A brownie point: FMC also makes lithium, which is a high-potential business to be in right now thanks to electric vehicles.

As controversial as Monsanto's genetically modified seeds might be, it isn't losing out on sales. Monsanto just reported 12% and 29% jumps in year-over-year revenue and net income, respectively, for its fiscal 2017 second quarter. 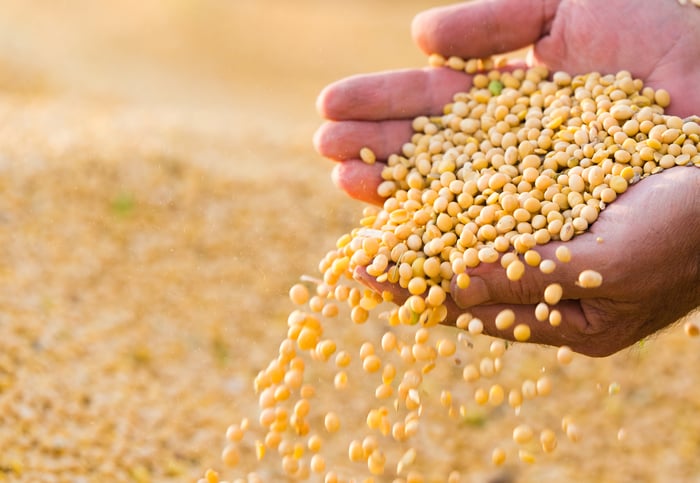 Management now expects full-year earnings to be at the higher end of $3.95 to $4.44 per share, backed by higher sales of Monsanto's flagship soybean traits Intacta RR2 PRO and Roundup Ready 2 Xtend. At mid-point, that represents an incredible 40% growth in EPS versus 2016.

Of course, nothing matters more to the market right now than Bayer's proposed $66 billion buyout of Monsanto. Given that Monsanto is still trading roughly 9% below Bayer's offer price of $128 per share, shareholders can make a quick buck if the deal is approved. If it falls through, Monsanto will still get $2 billion from Bayer in breakup fee. In other words, shareholders will gain anyway -- a probability that appears to have caught legendary investor Warren Buffett's attention. His Berkshire Hathaway conglomerate's Q4 2016 portfolio revealed a little more than 8 million shares of Monsanto.

While the merged entity will corner more than 25% of the global seed and pesticides market, a fallout isn't going to hurt Monsanto's existing position in the industry, which means Monsanto's strong guidance should give investors yet another reason to buy the stock for 2017 and beyond.