Please ensure Javascript is enabled for purposes of website accessibility
Log In Help Join The Motley Fool
Free Article Join Over 1 Million Premium Members And Get More In-Depth Stock Guidance and Research
By Bradley Seth McNew - Apr 15, 2017 at 11:36AM

The gaming company's stock has had a good start to 2017, but can its luck hold?

Shares of Pinnacle Entertainment (NASDAQ: PNK) rose more than 12% in March, according to data from S&P Global Market Intelligence, continuing the stock's momentum from February and January.

The casino resort and hospitality company is based in Las Vegas, but its 16 gaming properties are spread out from Nevada to Pennsylvania.Those regional casinos seem to be performing well for the company lately -- for the full-year 2016 as announced in February, sales were up 4% over 2015 to nearly $2.4 billion.

Year to date, Pinnacle shares are up more than 34%. The stock moved higher in March seemingly due to general optimism in the gaming industry lately and a favorable view on what Pinnacle will announce in its upcoming Q1 earnings, set to be released later in April. 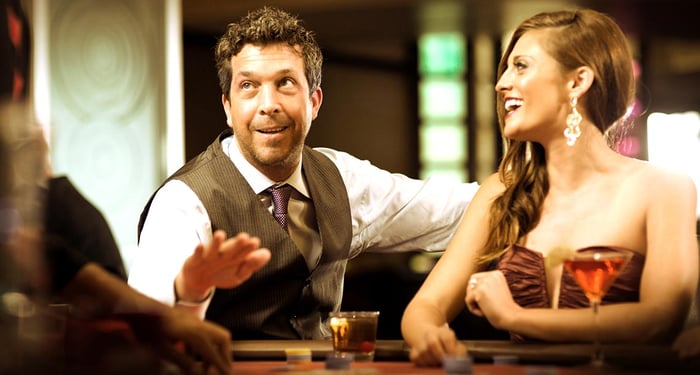 For full-year 2016, earnings swung to a loss, compared with positive earnings in 2015. However, the comparison isn't really fair because the company completed the sale of most of its physical properties to Gaming and Leisure Properties (GLPI 0.66%) in Q2 2016, during which time Pinnacle reformed as a new company of which previous shareholders kept one share of the new company and 0.85 shares of Gaming and Leisure Properties for every one share of the old company. Therefore, the higher sales, coupled with a small uptick in margins, is encouraging for the stock's continued growth ahead if it can keep up those results.

One concerning point could be Pinnacle CEO Anthony Sanfilippo's comments toward the end of the earnings call that "February has been a little bit softer than we would have thought," though he went on to say that he believes March would make up for it when tax refunds started to be issued. Additionally, management seems excited about its newly acquired resort called The Meadows in Pennsylvania, as well as the growth of its "mychoice" loyalty program as growth drivers throughout 2017.