Shares of GM and Graham Holdings offer a tempting mix of income and value within the current generally expensive market.

Buying cheaply valued dividend stocks is a move that combines two well-known schools of investing. When followed properly, both stock-picking techniques have been shown to outperform the market averages,  although success lies in skilled execution as much as anything else.

Making matters more complicated for retail investors, of course, is that many stocks trading at discounts to the market have seen their share prices cut for good reasons. However, a rare few really are mispriced, which creates opportunities for investors to pick up shares of quality, dividend stocks on the cheap.

Right now, both General Motors (GM -3.40%) and Graham Holdings (GHC -1.65%) are trading below their intrinsic values based on common ratios, and may represent just such cheap dividend stock investment opportunities. 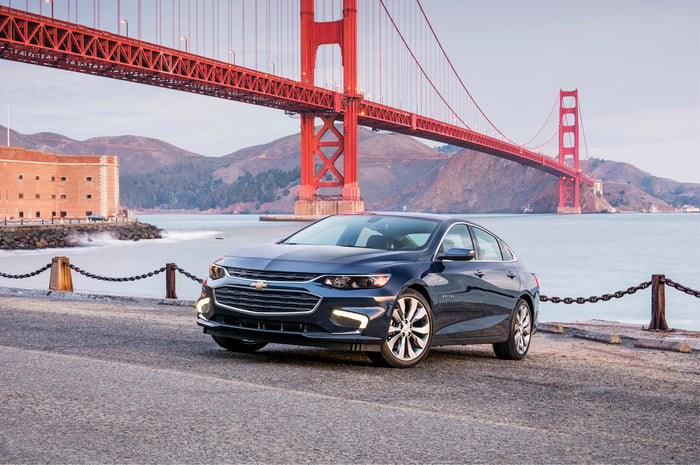 GM's place in this piece is topical on several levels. In terms of raw stats, the automaker easily fits the bill, trading at a lowly 5 times earnings -- the lowest valuation in the S&P 500  -- and yielding 4.5%.  This aspect of GM's appearance is fairly self-explanatory. General Motors emerged from its financial-crisis-era bailout a stronger, more focused company. Better still, the broader automotive market has also demonstrated impressive strength.  However, GM's shares are trading as if some new crisis was waiting in the wings, much to some investors' chagrin.

Late last month, well-known hedge fund Greenlight Capital  published a proposal to address GM's valuation issues by splitting the company's shares into a dual-class stock structure. Per the proposal, GM stock would divide on a one-to-one basis into "dividend shares" and "capital appreciation shares," a move that Greenlight estimates could drive between 24% and 72% upside from its current trading range. 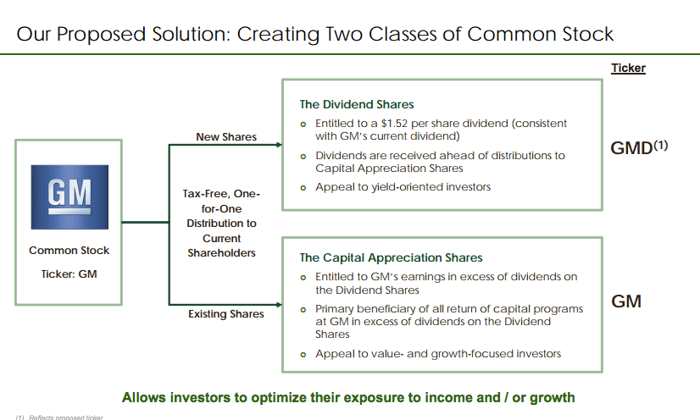 The dividend shares would begin by distributing GM's current $1.52 dividend and would be priced by the market to yield somewhere between 7% and 9%, according to Greenlight's reckoning. The capital appreciation shares would be entitled to any excess profits beyond those paid out by to owners of the dividend shares. Given GM's low 25% payout ratio, it seems the automaker has plenty of profits to go around. Of course, this would be a significant undertaking. However, the proposal does correctly emphasize that GM has a valuation problem.

A recommendation in one of The Fool's premium newsletter services, Graham Holdings -- formerly the Washington Post Company, prior to the sale of its eponymous newspaper to Amazon.com CEO Jeff Bezos -- requires some attention to detail to analyze. However, those inclined sift through the company's particulars will find a high-quality business trading at an unjustifiably cheap valuation.

The company operates three divisions: media, education, and other. Its media segment owns and operates seven local TV broadcast stations in major U.S.metropolitan areas. Those assets generate the majority of Graham's operating profits -- $200.5 million of its $303.5 million (66%) in FY 2016 -- despite accounting for just $409.7 million of its $2.4 billion (16%) total revenues.

Its education business encompasses all the operations of the Kaplan education brand, such as Kaplan Higher Education, Kaplan Test Prep, and Kaplan International.  This segment has struggled lately, especially in its higher education areas, but management has stated education should produce double-digit operating margins over the long term.  Graham's "other" segment includes a diverse mix of growth businesses and acquisitions, but it isn't necessarily important to understand everything going on within it to comprehend the company's current investment thesis.

Compare its business results to its valuation, and things start to get interesting. Graham's current $3.3 billion market capitalization values the company at 11 times its operating profit. Critically though, Graham Holdings enjoys a gold-plated balance sheet, sporting over $600 million in net cash and $860 million in overfunded pension assets.  Backing these out from the company's market value indicates investors today can purchase the operating business at a multiple of about 6 times operating earnings -- an absolute steal.

Culturally, its management maintains a highly Foolish -- with a capital F -- long-term attitude toward growing shareholder value. In fact, Berkshire Hathaway CEO Warren Buffet was a longtime member of its board of directors; Berkshire retains a small stake in Graham Holdings.

The company isn't necessarily an income investors' delight. It currently yields just 0.8%, though its 16% payout ratio gives it considerable room to increase payouts in the future.  Looking at the company's rock-bottom valuation and its potential for increased capital return, Graham Holdings certainly fits the bill of a cheap dividend stock that deserves investors' consideration today.