Shares of DryShips (NASDAQ:DRYS) plunged on Wednesday, down a nauseating 30% by 3 p.m. EDT. Driving the selling is yet another reverse split.

DryShips announced the results of its annual general meeting yesterday, which among other things authorized the company to undertake another reverse split to prop up its plunging stock price. This time the company will conduct a 1-for-7 split, which will reduce its outstanding share count from 65.5 million to 9.4 million. The company expects to complete this split on May 11. 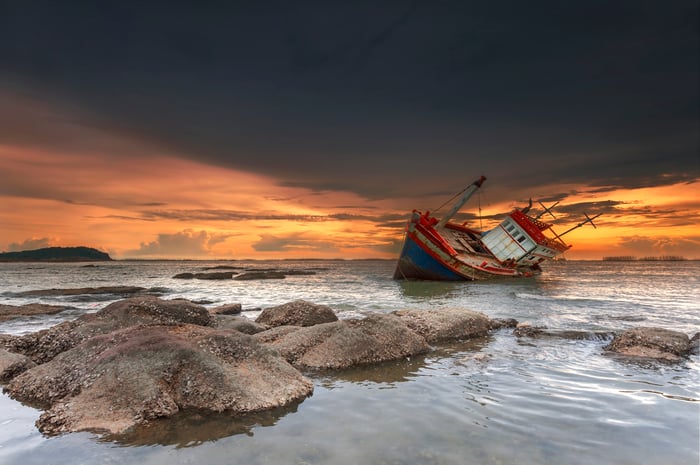 This latest split comes just one month after the company's last one, which was a 1-for-4 split. The company has diluted investors at a breathtaking pace since that time, which is weighing down the stock price. For example, when the company declared its second consecutive quarterly dividend on April 11, it noted that 47 million shares were outstanding. By the 27th, in a press release announcing the full repayment of a legacy commercial lender, the company said that it had 58.9 million shares. Now, with its latest update just a few days later, the company said it has a whopping 65.5 million shares outstanding. That's a nearly 40% increase in the share count in the space of a month, which is a big reason why the stock is down about 90% over that same time frame.

DryShips is literally diluting investors out of their money. The company issues new stock to buy more ships, acting as a weight on the stock price. The company then reverse-splits its stock to boost the price so it can issue more shares. As a result, the company is selling its stock at ever lower prices, which will make it impossible for investors to make any money.