Please ensure Javascript is enabled for purposes of website accessibility
Log In Help Join The Motley Fool
Free Article Join Over 1 Million Premium Members And Get More In-Depth Stock Guidance and Research
By Daniel Sparks – May 3, 2017 at 11:22AM

The marketplace specialist reported a loss and appointed a new CEO. Here's what investors need to know.

Etsy (ETSY 2.01%) shares fell as much as 13.1% on Wednesday after the online marketplace operator announced a first-quarter loss and said it is replacing its CEO and cutting its workforce by 8%. As of 11:11 a.m. EDT, the stock is down 10%.

Yesterday after market close, Etsy reported first-quarter revenue of about $97 million and a net loss of $421,000. This compares to revenue and net income of $82 million and $1.2 million in the year-ago quarter, respectively. 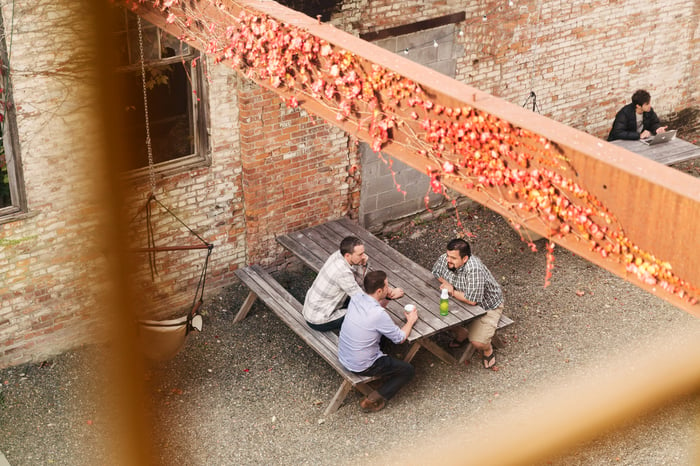 Perhaps more notable news than its first-quarter earnings was the sudden announcement that the Etsy board of directors appointed board member Josh Silverman as CEO, effective May 3. As Silverman steps into the CEO role, which was previously held by Chad Dickerson, Dickerson will also step down from his role as chairman of the board. Board member Fred Wilson will succeed Dickerson as chairman.

Going forward, Etsy says a recent realignment of its workforce to "better support the evolving needs of our business" has positioned the company with stronger cross-functional workflow and enabled Etsy to eliminate about 80 positions, or about 8% of its workforce.

In addition, the company says it plans to review its full-year outlook and reissue guidance for the year along with its second-quarter results.