Please ensure Javascript is enabled for purposes of website accessibility
Log In Help Join The Motley Fool
Free Article Join Over 1 Million Premium Members And Get More In-Depth Stock Guidance and Research
By Bradley Seth McNew – May 9, 2017 at 10:07AM

The lift would turn out to be a short reprise before yet another crash.

Shares of makeup company Avon Products (AVP) rose 10% in April, a nice break following the stock's crushing drop in February. However, whatever the market was hopeful for throughout April, it didn't find in May.

Avon stock tanked in February when the company reported its Q4 and full year results that left the market feeling concerned about the company's growth prospects amid its self-proclaimed three-year transformation plan. However, similar to other companies that reported a weaker-than-expected Q4 in early spring, it seems that a general bull market helped to lift the optimism around Avon ahead of its Q1 earnings, hoping for a surprise in the right direction.

The hopeful reaction in April would turn out to miss the mark as the company reported Q1 results on May 1, and the market turned against the stock with another 22% drop following the release. For the quarter, the company's reported sales rose 2%, year over year, which was expected. However, the company surprised the market with a loss of ($0.10) per share. 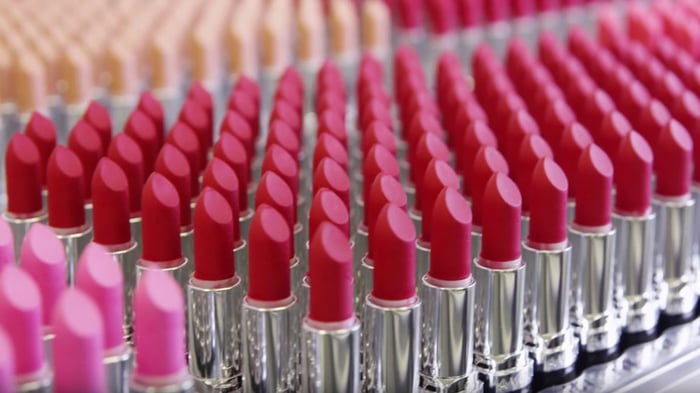 As announced in early 2016, Avon's three-year transformation plan includes three parts -- investing in growth, reducing costs, and improving "financial resilience." To achieve that, the company has planned to start with cost cutting so that there would be more room for investments in media and new technology. The company hopes that the changes will lead to long-term mid-single-digit revenue growth.

While those three growth strategies sound good, and there is evidence that at least part of the financial resiliency is happening with a reduction in debt, the disappointing Q1 earnings show that the company certainly has a long way to go. New reports show that an activist investor group is calling on Avon to replace its CEO, which could spell more volatility and turmoil for Avon. Meanwhile, there appear to be other beauty stocks much better positioned for future growth.

Why Avon Investors Should Cheer the Deal With Natura
351%