Please ensure Javascript is enabled for purposes of website accessibility
Log In Help Join The Motley Fool
Free Article Join Over 1 Million Premium Members And Get More In-Depth Stock Guidance and Research
By Timothy Green, Keith Speights, and Jordan Wathen – May 10, 2017 at 8:50AM

There's little better than a quick 100% gain. These stock have the potential to deliver just that.

There are plenty of underlying factors that could drive a stock to double -- but predicting which stock will double is hard, and getting the timing right is next to impossible. The best investors can do is buy stocks that have the potential to do well in the future and hold on tight.

Tim Green (Fitbit): Not much has gone right for Fitbit in recent months. A disastrous holiday quarter put an end to the company's impressive growth streak, despite plenty of new products and prodigious spending on R&D and sales. The first quarter wasn't any better, with a 40% drop in sales, but the stock popped a bit anyway because analysts were expecting worse. 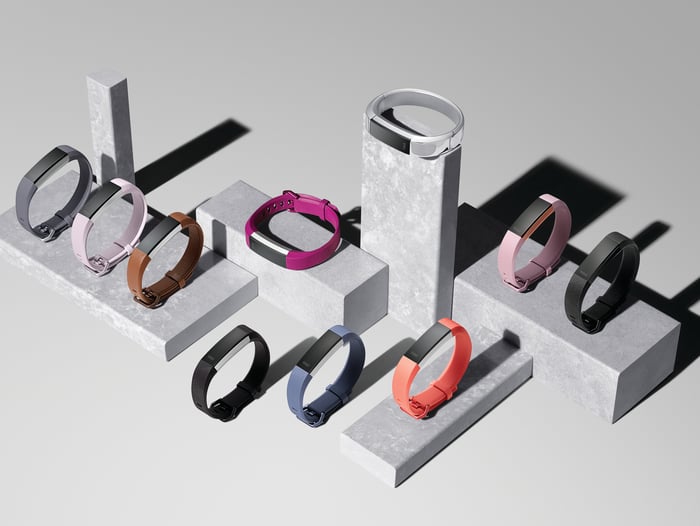 Fitbit stock is down nearly 90% from its all-time high. The market for fitness wearables in the U.S. seems to be saturated, so the company will need to expand into other areas. The company is working on a smartwatch to challenge the Apple Watch, but that effort has reportedly run into major problems. Whether Fitbit can compete against Apple's wearable and the slew of Android Wear devices remains to be seen.

All of these issues are priced into Fitbit stock, which means the stock could soar if the company performs better than expected. Fitbit doesn't need to return to robust growth; it needs to stabilize its business and show investors that it can turn a profit once again. With a market capitalization of about $1.5 billion and $726 million of cash on the balance sheet, the market isn't putting much value on Fitbit's business. Any good news could send the stock much higher.

Betting on a beaten-down biotech

Keith Speights (Celldex Therapeutics): Losing nearly 80% of its market cap in less than 18 months isn't a great way to build investor confidence. That's the situation for Celldex Therapeutics. However, this beaten-down biotech stock could double investors' money if things go well with a couple of pipeline candidates.

Celldex's huge stock collapse came after its once-promising experimental brain cancer drug, Rintega, flopped in a late-stage clinical study. The biotech has two other candidates that could still be huge winners, though.

Glembatumumab vedotin (glemba) is the most advanced program in Celldex's pipeline. The experimental drug is being evaluated in a clinical study for treating triple-negative breast cancer. Patient enrollment in this study should wrap up in September. If the study proves successful, Celldex should be in pretty good shape to win regulatory approval, based on the results. And if that approval is obtained, the company could launch glemba in 2019.

The other primary pipeline candidate for Celldex is varlilumab (varli). Combinations appear to present the best prospects for varli. Celldex is testing the experimental drug with glemba as a treatment for metastatic melanoma. Varli is also being evaluated in combination with Bristol-Myers Squibb's (BMY -0.86%) Opdivo and Merck's (MRK -0.60%) Keytruda in this melanoma study.

There are plenty of risks with investing in a clinical-stage biotech, but those risks are accompanied by the potential for significant rewards. Wall Street analysts think Celldex's share price could nearly exactly double within the next 12 months.

A bank that needs some work

Jordan Wathen (Zions Bancorp): Finding a stock for a quick double often requires shopping in the bargain bin for stocks that the market loves to hate. Zions Bancorp is one such company, as shares trade at a modest 1.3 times tangible book value.

The loan portfolio has its share of potential problems. Its oil and gas, commercial real estate, and construction loan exposure is larger than that of its higher-priced peers. But its performance its improving. This quarter, classified loans fell below 3.5% of loans outstanding, thanks in large part to a reversal of fortunes in the oil patch.

The company has a number of levers to pull to increase profits. Its efficiency ratio improved to 65.9%, from 68.5% year over year, and further expense cutting should bolster its results. Rising rates would similarly drive income higher, as roughly 46% of its deposits are non-interest-bearing.

Zions is every bit of an interest-rate play. If rates increase at a faster pace than the markets expect, it is perhaps the best bet of any of the large bank stocks to own, given its substantial pile of free deposits that can be deployed in higher-yielding loans and securities. In the best case, a higher-priced regional bank may see its deposit base as an attractive acquisition target, giving Zions Bancorp shareholders an immediate gain.

It isn't a star student, but a combination of rising rates and expense cuts could make it stand out against its peers.