Please ensure Javascript is enabled for purposes of website accessibility
Log In Help Join The Motley Fool
Free Article Join Over 1 Million Premium Members And Get More In-Depth Stock Guidance and Research
By Eric Volkman - Updated May 12, 2017 at 8:11AM

The struggling steel company's head gave up the CEO seat on Monday. Now we know when his board tenure and "transitional support" period will end.

Metallurgy giant U.S. Steel (X 3.83%) announced that former CEO Mario Longhi is fully retiring from the company, effective June 30. He vacated the CEO position on May 8, but is retaining his seat on the board of directors, and will provide "transitional support" to the company until his departure.

U.S. Steel named David Burritt as interim CEO; he has also become a member of the board of directors. Burritt had been serving as the company's COO and president. 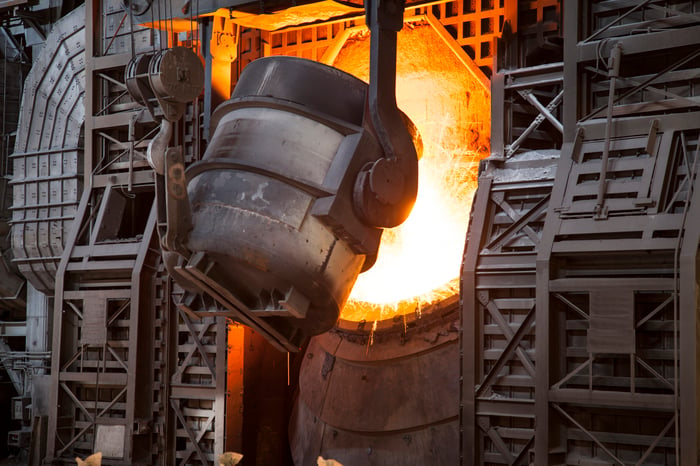 Considering the storied history of U.S. Steel, Longhi had a relatively short tenure as leader. He was named its CEO and president, and given his board seat, in 2013.

He intimated that the briefness of that stay was by design. "When I came to the company, I envisioned a five-year tenure, which I have completed."

"I am proud of the progress we have made, which solely resides on the people of this company," he added.

One reason the market was anticipating more positive results is that  steel prices have been on the rise. That was one factor juicing the results of more successful competitor Nucor (NUE 4.44%) , which saw its profitability more than triple, on a year-over-year basis, in Q1.

U.S. Steel's flop looked particularly bad compared to Nucor's runaway success during the same period. It also highlighted the stark differences between steelmakers burdened with persistently high production costs, like U.S. Steel, and more nimble manufacturers such as Nucor. U.S. Steel has said it would quicken the pace of its equipment upgrades; investors should keep an eye on how the new leadership tackles this endeavor.