It's easy to jump on the bandwagon of a high-flying stock -- when the going gets good, investors tend to pile in. Spotting a struggling company set for a turnaround is tougher, but can be just as big of an opportunity for investors.

Here are three struggling big names -- Verizon Communications (NYSE:VZ), General Motors (NYSE:GM), and Harley-Davidson (NYSE:HOG) -- that our contributors think are poised to rebound. The best part? Each company will pay investors quarterly to watch it happen. 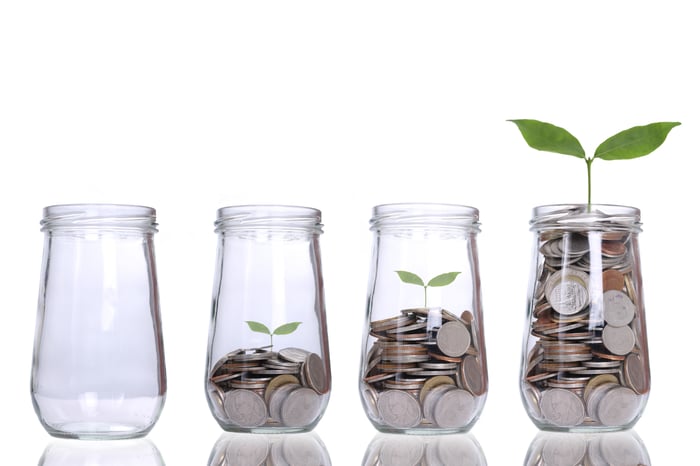 Competitive pressure from the likes of T-Mobile (NASDAQ:TMUS) has started to weigh on Verizon's quarterly net subscriber figures, and that storyline has dominated coverage on the company lately.

But the Verizon's network boasts over 108 million postpaid customers, and a subscriber base that size simply doesn't disappear overnight -- especially when you are the "undisputed leader in terms of coverage and network reliability" according to Rootmetrics.

Some disappointing recent financial results have pushed the company's payout ratio up, but even paying out 75% of earnings through the dividend, the metric is still 10 percentage points below the highs Verizon hit in mid 2015.

With discounting and dueling unlimited data plans right now in the wireless space, I doubt Verizon will post any results that will lead to any meaningful share price appreciation any time soon, but the stock is currently sporting a yield of nearly 5%. That's a pretty solid payout given the company's rock-solid payment history.

As a case in point, Verizon's dividend didn't go away during the financial crisis, showing the quarterly payouts are just as reliable as the company's network.

Looking forward, the company is making long-term bets on next generation 5G networks and a more cohesive content and ad business, both of which should strengthen the company's offering to subscribers.

With Verizon, investors get a steady wireless business, and potential new revenue streams from its relatively new digital media efforts and the nascent Internet of Things space. But right now the market seems more concerned with the quarter to quarter shuffling of wireless customers, giving savvy investors the opportunity to buy shares at 52-week lows.

An attractive valuation and a great yield

Keith Noonan (General Motors): Concern that the automotive industry could be near the peak of a sales cycle, rocky performance in South America, and the likelihood that the rise of self-driving cars will have disruptive effects on the automotive industry are all reasons to take a cautious position General Motors, but I think the stock stands out as a savvy buy at current prices.

GM trades at just 5.6 times forward earnings estimates and is backed by a dividend that yields an impressive 4.5%. Even though unadjusted free cash flow is negative due to the company's high research and development spending and capital expenditures, GM has indicated that the company will maintain its dividend during a recession unless it were to exhaust its roughly $21.6 billion cash pile -- so its payout appears to be sustainable.

The automobile industry is highly cyclical and the next economic downturn, whenever it might come, will almost certainly weigh on earnings, but GM is healthier and better diversified than it was prior to the last recession, and it's got a variety of promising innovation initiatives under way. In addition to owning a 9% stake in Lyft, GM now operates its own car-sharing brand and the company is rolling out a program through its Maven offshoot to rent Chevrolet Bolts to Uber and Lyft drivers.

GM is also making progress on smart car technologies. Later this year, the company will debut its hands-free driving technology in the 2018 Cadillac CT6 sedan, and the automaker's 2016 acquisition of Cruise Automation appears to be helping GM stay at the forefront of autonomous vehicle technologies.

With its attractive valuation, chunky dividend yield, and evidence that the company is making the necessary investments to innovate for the future, GM looks like a smart buy.

For when it gets its engines revving again

Rich Duprey (Harley-Davidson): There's no question the motorcycle industry is in the midst of a slowdown, and as the giant of the U.S. big bike market Harley-Davidson has borne the brunt of the decline. After rebounding from the financial markets collapse a decade ago, Harley has seen its motorcycle sales begin falling again over the past few years.

Part of that is because the Great Recession took out a large number of its core customers who have yet to regain their financial footing. At the same time the demographics of those coming into the sport are changing. No longer just middle-aged white males are buying bikes; now it's women, younger people, and more urban riders. The big, hulking iron horses Harley-Davidson is known for does have the same appeal to them.

Moreover, it has some new, stiff competition from Polaris Industries (NYSE:PII), which resurrected the Indian Motorcycle nameplate out of bankruptcy several years ago and has enjoyed at least double-digit growth rates since they reappeared on the market in 2014 while stealing share from the industry leader.

With all these challenges, why buy Harley-Davidson stock? Because it is the leader, and dominantly so. Harley still owns 50% of the U.S. motorcycle market for bikes with engine displacements 601 cubic centimeters and above (and about a third of the global market), and though Indian has taken market share in recent periods and catapulted itself into second place, it remains in the low single digits.

Further, Harley not only owns more than half of the 35-and-older white male demographic, its core customer, but also 42% of young adults (compared to its nearest competitor's 14% share); 60% of women aged 35 and older; 52% of African Americans; and 54% of Hispanics. Essentially, it still owns the industry despite everything going on in the marketplace.

Because of its size and market dominance, Harley-Davidson has the lead, time, and financial wherewithal to wait out the current industry malaise. When things do pick up again, as they invariably will, the big bike maker will be ready to kick it into high gear again. It has plans to introduce 100 new motorcycle models over the next decade, certainly an ambitious plan, but one that shows it's not content to sit around and wait for the situation to change, it's willing to go out and make it happen.

Although its stock has been correctly adjusted for the lower sales, Harley looks like a deeply discounted stock at this level. Shares trade at less than 16 times earnings and 13 times next year's estimates, while going for a very cheap 12 times the free cash flow it produces. At the same time its annual dividend of $1.43 per share yields a respectable 2.6%, making it a good dividend pick for investors savvy enough to see the opportunity.