Please ensure Javascript is enabled for purposes of website accessibility
Log In Help Join The Motley Fool
Free Article Join Over 1 Million Premium Members And Get More In-Depth Stock Guidance and Research
By John Rosevear – Updated May 15, 2017 at 2:06PM

You don't have to spend a fortune to buy a great crossover SUV. 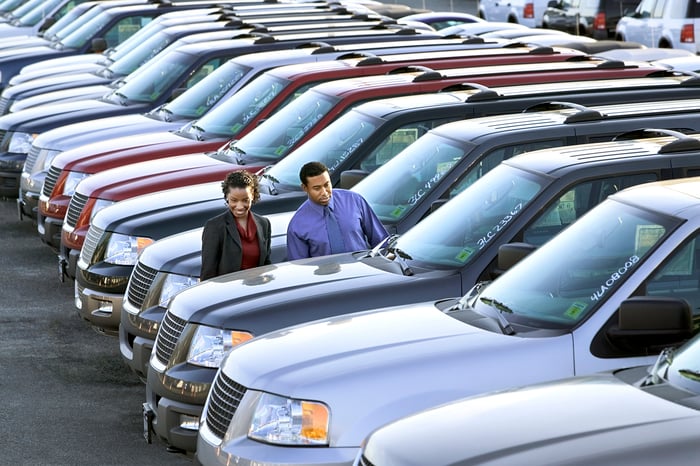 It's no secret that SUVs, particularly car-based "crossover" SUVs, are hot. The latest crossover models are roomier than their sedan counterparts, with similar fuel economy and handling -- and buyers are snapping them up in droves.

That trend is making the automakers (and their shareholders) happy, too: Crossovers generally have higher prices and fatter profit margins than their sedan-based counterparts. The trend toward crossovers has driven the average transaction price of a new vehicle in the U.S. to steep levels: $33,131 in March, according to TrueCar.

But you definitely don't have to spend a fortune to put a nice crossover SUV in your driveway. Here are six strong entries that can each be had for less than that average new-vehicle selling price. 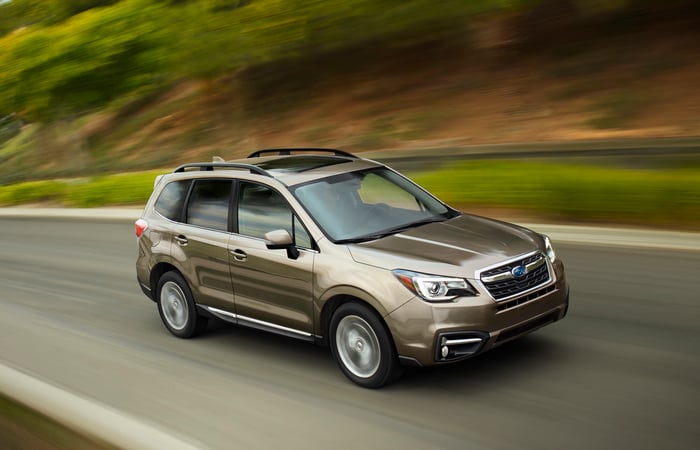 No automaker is more committed to the idea of an affordable crossover than Subaru Corporation (FUJHY -0.61%), which practically invented the concept. All of Subaru's models start at well below our price limit, but the pick is probably its best-selling Forester. A favorite of both Consumer Reports and value-minded snow-country dwellers, the five-passenger Forester comes with all-wheel drive (AWD) standard. The 2.5i Limited model adds features like leather seats and a moonroof, and you can even select a navigation system and premium audio and still keep the price just under our limit. The five-passenger Chevrolet Equinox is all-new for 2018, and it's a big step forward from its (well-regarded) predecessor. General Motors' (GM 0.94%) advanced "mixed-materials" construction means the new Equinox is both lighter (by about 400 pounds) and roomier than the model it replaces. A nicely equipped Equinox LT with all-wheel drive should come in right under our price limit. If you don't need all-wheel drive, step up to the top-tier Premier model with front-wheel drive for just under $32,000. 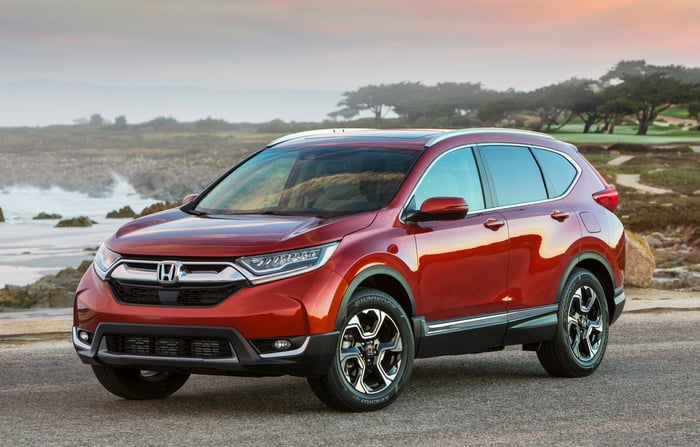 Quick: Not counting full-sized pickups from Detroit, what's America's best-selling vehicle so far this year? If you guessed Honda's (HMC -0.45%) compact CR-V, you'd be right. Demand for the CR-V has been so high that Honda recently rearranged its factory production lines to make more. Why so popular? It's a reliable, comfortable vehicle that offers a lot at a good price. The CR-V starts at just $24,000, and you have to go all the way to a loaded, top-of-the-line Touring model with all-wheel drive (about $34,000) to exceed our limit. 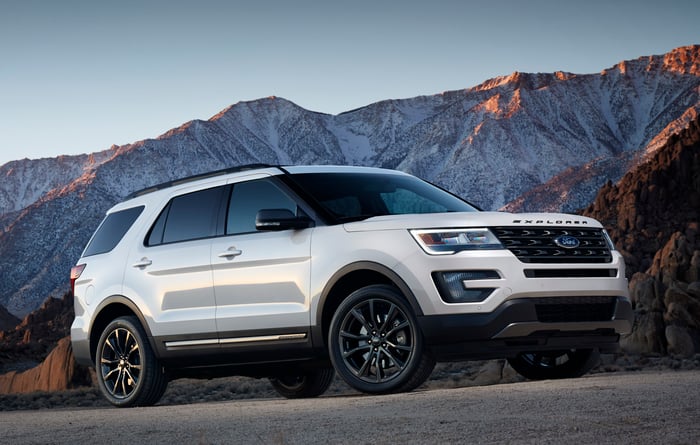 With Ford's current discounts, the 2017 Explorer XLT can be had for under $33,000. Image source: Ford Motor Company.

Need to seat seven? On a budget? Don't dismiss Ford Motor Company's (F 0.15%) popular Explorer. While Ford sells a lot of Explorers at well above our price limit, the Blue Oval is offering some discounts on 2017 models that bring an Explorer XLT down to about $30,500. Don't need three rows? Ford's one-size-down Edge is a nice alternative -- and you might find a loaded Titanium model discounted to just under our limit. 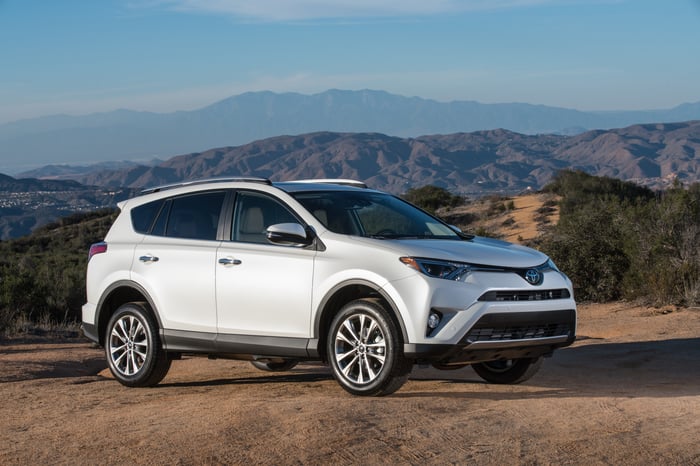 Right behind the CR-V on the U.S. sales charts is its longtime archrival, Toyota's (TM -0.76%) RAV4. Like the CR-V, the RAV4 has always offered good value for money. The latest model is quieter than its predecessors, with a smoother ride and a generous helping of advanced safety features. The RAV4 starts at about $24,500, with the well-equipped SE model with AWD coming in at about $32,500. A RAV4 with Toyota's well-regarded hybrid drivetrain is also available, starting around $29,000. 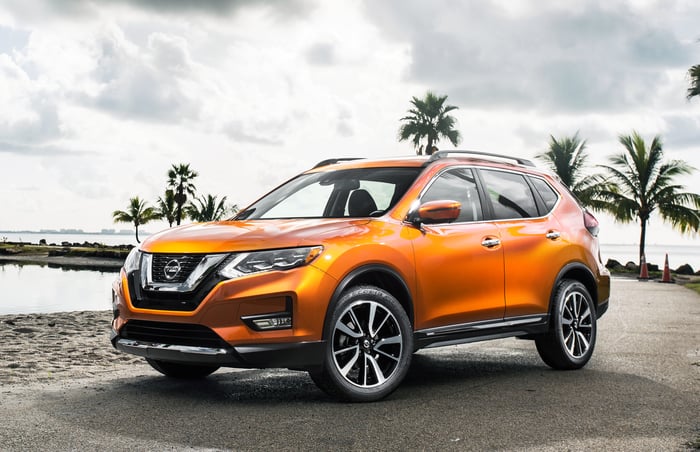 If it seems like Nissan's (NSANY -1.66%) compact Rogue crossover is suddenly showing up everywhere these days, there's a good reason: Nissan has priced it aggressively and sales are high. There's more than a good price to like, though: The five-passenger Rogue has a nicely trimmed, roomy interior, and it's quieter on the road than many rivals. The Rogue starts around $24,000, with the top-trim SL model coming in just over $31,000 with all-wheel drive. There's also a Rogue Hybrid, priced at about $32,500 in SL trim with AWD.