Silver is a precious metal, like gold, but the silver industry's supply and demand dynamics are a little different. With a much more pronounced tilt toward industrial uses (around 50% of demand versus just 8% for gold), silver is a good option for investors seeking an inflation hedge that isn't quite as driven by investor emotion. And if you are looking for silver, First Majestic Silver (NYSE:AG), Pan American Silver Corp. (NASDAQ:PAAS), and Hecla Mining (NYSE:HL) are three of the top silver stocks to buy in 2017 as they prepare for brighter futures.

If you are looking for silver exposure, First Majestic should be top of your list. Roughly 70% of the miner's revenues comes from the metal. The rest is gold (18%), lead (10%), and zinc (2%). It's one of the purest plays in the silver industry. 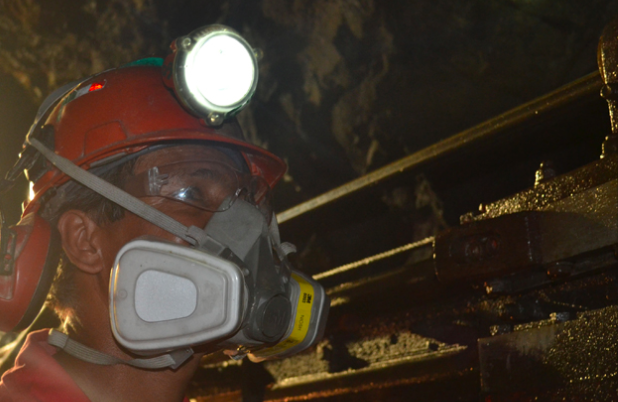 First Majestic, however, is expecting silver production to decline this year. It produced roughly 18.7 million silver equivalent ounces is 2016, but its best case scenario for 2017 is 18.5 million silver equivalent ounces. That, however, is pretty solid compared to some of its peers, which are also expecting weak silver production in 2017 (see below). Looking further down the road, it has new mines or expansion projects that it expects to materially increase production in two years or so.

Debt meanwhile, makes up just 5% of the company's capital structure. So it shouldn't have any trouble paying for its growth plans. As one of the miners most exposed to silver and with projects on the horizon, First Majestic is one silver miner you should be looking at today.

Pan American Silver gets roughly 50% of its revenues from silver. The rest comes from gold (25%) and a mix of industrial metals copper, lead, and zinc. So while it's not purely a silver miner, the metal is the most important contributor to the business. 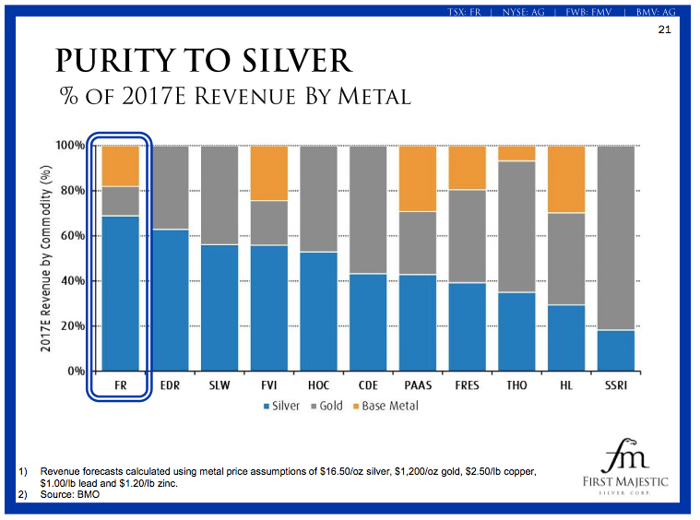 This year is going to be a little rough for Pan American. After silver production fell around 2.5% in 2016 the goal is to simply hold the line in 2017. Gold production, meanwhile, is expected to fall around 10%. That's not so good, but Pan American has projects in the works that should lead to production growth in 2018 and 2019. And it expects to have all-in sustaining costs of around $9.30 an ounce by then (well below current spot prices), with capital spending falling after start-up costs subside.

It should have plenty of leeway to achieve its goals, too, since long-term debt makes up just 2.5% of the capital structure -- even less than First Majestic. With production growth on the horizon, Pan American Silver is worth a deep dive now while the shares are still off recent highs.

Hecla is a bad-news-could-be-good-news story for more aggressive investors. That's partly because it's dealing with a strike at the Lucky Friday mine, one of its key assets. But it's using the work stoppage to upgrade the mine with new equipment, so there's, pardon the pun, a silver lining there. That said, while Lucky Friday is down, the company's revenues have shifted toward gold.

Gold and silver each accounted for about 39% of the top line in 2016. In the first quarter gold was at 40% and silver 33%. The rest of the top line comes from industrial metals lead (8%) and zinc (19%). That said, Hecla still lays claim to being the largest silver producer in the United States.

This year should be tough production wise for Hecla, with the Lucky Friday strike a big part of that pain. That mine accounted for 20% (or so) of 2016 production. The work stoppage means there's no way to tell what 2017 production will be at this point. However, increased gold production and higher metals prices all offset the blow in the first quarter, allowing the company to report earnings of $0.07 versus break even results in the first quarter a year ago. 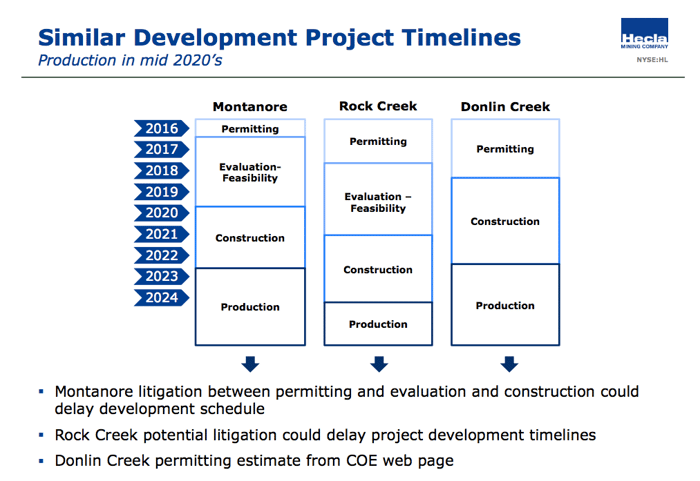 The real potential, however, comes from the future. For starters, the Lucky Friday strike will eventually end. And Hecla is looking at ways to extend the life of a new asset, the San Sebastian mine, which had its first year of production in 2016. Assuming Helca is successful in its efforts to extend the life of San Sebastian, the near term could turn out a lot brighter than it appears right now. Looking out longer term, the company has projects it expects to begin producing early in the next decade.

And while all of that works itself out, higher gold prices will help keep the business running. With the stock off of its highs, now is a good time to do a deep dive. But only if you are willing to take on a little more risk, since the Lucky Friday strike adds a lot of near-term uncertainty here.

Taking advantage of the future

This year won't be great for silver miners production wise. And that's an important number to watch, even if higher precious metals prices help to offset the blow of weak production. On that score, First Majestic, Pan American, and Hecla all have very interesting stories to tell investors. With varying degrees of exposure to silver, each is worth a deep dive if you are looking for the best silver mining stocks to buy in 2017.