Please ensure Javascript is enabled for purposes of website accessibility
Log In Help Join The Motley Fool
Free Article Join Over 1 Million Premium Members And Get More In-Depth Stock Guidance and Research
By Leo Sun - Updated May 24, 2017 at 6:43PM

This little chipmaker could eventually be crushed by the world’s biggest maker of mobile chips: Qualcomm.

Shares of Ambarella (AMBA -0.53%) have rallied more than 60% over the past 12 months on indications that the chipmaker was reducing its dependence on its biggest customer, GoPro (GPRO -4.09%), by pivoting toward the drone, security camera, and automotive markets.

On the surface, Ambarella's performance isn't impressive: Its revenue fell 2% last year and is expected to remain nearly flat this year. Wall Street expects its earnings, which declined 12% last year, to drop another 25% this year.

Optimism on that score might be justified, but investors shouldn't dismiss the threat posed by Qualcomm (QCOM -0.53%), which has been expanding into Ambarella's backyard with its customized Snapdragon chipsets for drones and connected cameras. Let's see what Qualcomm is up to, and how it could still derail Ambarella's long-term plans.

Why is Qualcomm coming after Ambarella?

Qualcomm's core businesses of making mobile chips and licensing wireless patents have been under siege over the past few years. In mobile chipsets, it lost market share to cheaper rivals like MediaTek and first-party chipsets from big OEMs like Huawei. Meanwhile, its higher-margin licensing business is being probed, sued, and fined by regulators and OEMs worldwide, who are demanding lower fees. 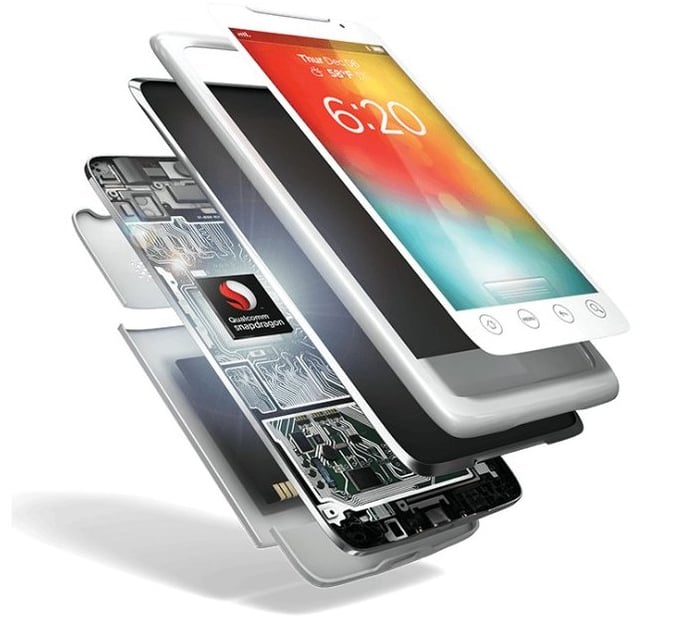 Those relentless headwinds are expected to cause Qualcomm's revenue and earnings to fall 3% and 5%, respectively, this year. To offset those declines, Qualcomm is diversifying away from smartphones by producing custom Snapdragon chips for wearables, drones, cars, and other Internet of Things devices. That's why it plans to acquire NXP Semiconductors, the biggest automotive chipmaker in the world, for $47 billion.

Qualcomm's Snapdragon chipsets bundle together an application processor, GPU, image processor, and baseband modem as an "all-in-one" solution for any device that requires mobile computing power and wireless connectivity. This makes it a threat to any chipmaker whose products don't offer all of those components.

For example, an action camera maker that buys an Ambarella SoC would still need to buy a baseband modem (likely from Qualcomm) if it wanted its device to have stand-alone 4G connectivity. Therefore, using a Qualcomm chipset might be more economical for companies that produce devices requiring constant connectivity -- like next-gen autonomous drones, body cameras, and security cameras.

Ambarella already admitted that Qualcomm was "talking" to some of its biggest customers last year. During December's conference call, CFO George LaPlante warned that there was "a potential for a negative impact to revenue" in the first half of 2017 due to wobbly demand from its major customers.

In January, Benzinga -- citing a source "familiar with the matter" -- reported that GoPro could split chipset orders between Ambarella and Qualcomm in future cameras to further decrease its dependence on its top supplier. Although Ambarella has been striving to reduce its dependence on GoPro, an abrupt reduction in orders could put a crimp in its growth forecasts.

But the loss of GoPro's revenue wouldn't be the worst blow, since Stifel Nicolaus analyst Kevin Cassidy already expects its contribution to Ambarella's top line to fall to just 5% this year. Instead, the looming threat is that if GoPro decides to try out Qualcomm's wireless chipsets, it could encourage other major Ambarella customers -- like DJI, Axon, or Hikvision -- to do the same.

Can Ambarella strike back?

Ambarella's greatest strength is that it's widely considered the "best in breed" maker of image processing SoCs. That reputation -- fueled by the chipmaker's constant investments in improving its resolution, framerates, and processing capabilities -- has locked in major customers. An ambitious drone specialist like DJI, for example, probably won't risk getting slammed by poor reviews to save a few dollars on its image processing chipsets.

But if demand for stand-alone wireless connectivity rises among connected camera and drone makers, Ambarella may need to lower the price of its chipsets, or partner with a baseband modem maker like MediaTek, to remain competitive.

In short, Qualcomm's interest in rendering stand-alone image processing SoCs obsolete won't cause Ambarella's sales to abruptly fall off a cliff. But it nonetheless represents a long-term headwind which won't fade away anytime soon.