Sure, you might enjoy a couple of quarters of nice payments, but if the underlying business isn't built to sustain them, the well is going to go dry.

The real key to dividend investing is finding quality companies built for the long term that will pass along their success to individual investors.

With that in mind, our contributors think Coach (NYSE:TPR) Starbucks (NASDAQ:SBUX) and Disney (NYSE:DIS) are all rock-solid dividend stocks -- here's why. 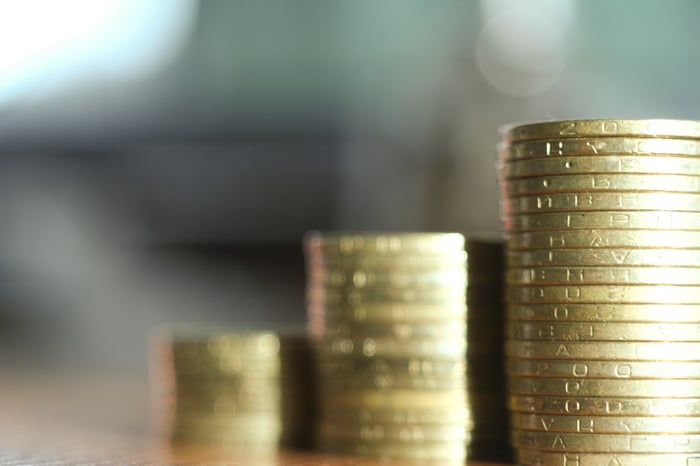 Dylan Lewis (Disney) - Disney has a bit of an odd dividend history, shifting the cadence of their payments from quarterly, to annually, before eventually landing on its current bi-annual calendar. The company's current 1.4% yield might not seem super attractive to income investors, but I prefer to focus on the room that the dividend has to grow, and the incredible value Disney shares are currently trading at.

On a trailing basis, Disney is trading at 18.5 times earnings. With the S&P 500 solidly in the mid-20's and growing concerns over a "rich" market, there aren't too many high quality companies trading that far below the broader market.

Disney's "cheap" status is thanks to concerns as the company repositions its cash cow ESPN property for the cord-cutting world. But those worries ignore the broader success of the business thanks to the parks and resorts and studio entertainment segments. On top of its strong portfolio of cable brands, Disney also controls some of the world's most recognizable film franchises (see: Pixar, Star Wars, Marvel), and the company has proven its ability to monetize them through franchise extensions, merchandise and park attractions time and time again.

Because the company doesn't pay every quarter Disney's dividend calendar can skew metrics like the payout ratio, so don't be fooled by the 26% you'll often see cited off quick calculations. It's actually closer to 51%. But even at that level, the company has plenty of room to increase, even if income flatlines. The last hike came in at 10%, and I wouldn't be surprised to see more of the same in coming years.

All numbers aside, dividend investors want to know that their money is being put somewhere safe, and Disney's nearly centurylong standing as a cultural institution is proof the company can evolve with consumer tastes and is here to stay.

Keith Noonan (Starbucks): With a 1.7% yield that comes in below the S&P 500 index yield of 1.9% and a seven-year history of dividend payouts that might not look impressive when stacked against the track records of Dividend Aristocrat companies, Starbucks doesn't yet have the qualities that make it a go-to stock for income investors. That could change pretty quickly, however, as the Seattle coffee giant has rapidly built its returned income component and has room to continue making substantial payout increases. Starbucks has boosted its payout 194% over the last five years, delivering roughly 25% growth annually over the stretch, and looks to be an attractive investment from both returned income and growth standpoints.

While the stock does trade at an earnings premium with its forward P/E sitting at roughly 28, strong business momentum points to plenty of opportunity for dividend increases and capital appreciation. Starbucks has grown earnings at an average annual rate of 18.6% over the last five years, and the company anticipates that it will be able to deliver EPS growth between 15% and 20% over the next five years. That's an exciting and ambitious target for a company of Starbucks' size, and maintaining such impressive earnings growth appears achievable as the company increases food sales and premium offerings and orchestrates a dramatic expansion that aims grow its store count from roughly 25,000 locations at the end of 2016 to 37,000 by 2021.

The cost of distributing its current dividend represents less than half of both trailing earnings and free cash flow -- a good indication that shareholders can continue to expect payout growth, and earnings growth represents another likely driver for dividend and share price gains.

Rich Duprey (Coach): Having just agreed to acquire Kate Spade (NYSE:KATE) in a $2.4 billion deal, affordable luxury leader Coach is moving forward with its transformation into a luxury conglomerate. The handbag maker seems to have finally moved past the turmoil that decimated its sales just a few years ago, and though its stock has not yet fully recovered from the devastation, the business looks to be on much more solid ground.

The change really came with its acquisition of upscale shoemaker Stuart Weitzman, which has consistently increased sales even when Coach's handbags and accessories have lagged. The purchase, though, was an indication of where it should head. Acquire top-notch brands with a substantial following and allow them to keep their identity. It was hinted at when Coach first wanted to acquire Burberry and then made a pitch to buy Kate Spade. When that seemed to falter, it was floated that Coach was interested in another shoemaker, Jimmy Choo.

These are not small businesses that it can tuck into its operations, but rather full-fledged brands that can continue to stand on their own, despite whatever problems they may be encountering. That puts Coach in the position of becoming the next LVMH Louis Vuitton Moet Hennessy (OTC:LVMHF), which has its own agglomeration of high-end brands.

Yet by buying Kate Spade, Coach is also reaching down to the lower end of the aspirational luxury niche. Like Coach, the rival handbag maker was seeking to become a lifestyle brand with an assortment of merchandise that extended beyond just clutches, purses, and hobos, but at a lower price point than what Coach offers.

There is still risk involved with an investment here. Retail is still a shambles and the shopping mall is becoming a ghost town once again as anchor stores close hundreds of locations each and specialty retailers go bankrupt. Rue21 is just the latest name to go under. Also, by buying a business that's so similar in concept to its own, Coach risks getting no special benefit from the purchase.

Yet Kate Spade does add an instantly recognizable name to its portfolio, and with the design and leadership qualities exhibited by both creative director Stuart Vevers and CEO Victor Luis, the acquisition provides them with another  opportunity to demonstrate their skills. Astute investors will also note that it sports a dividend that pays $1.35 annually that currently yields a healthy 3%; its price-to-earnings ratio is below both the broad market average and that of its industry; and with analysts anticipating earnings will grow at a 10% pace annually for the next few years, there is plenty of room for Coach to grow and regain more of its lost ground.