Even in today's market, where buying stocks at attractive prices gets harder and harder by the day, there are still some stocks that have been cast off but that sell for what look to be incredibly cheap valuations. Of course, a cheap valuation can also be a sign that things aren't quite right with the company. So, investors should always find out why a stock is on sale.

Three dividend stocks trading at a significant discount today -- General Motors (NYSE:GM), Alliance Resource Partners (NASDAQ:ARLP), and American Railcar Industries (NASDAQ: ARII) -- look like perfect candidates for a closer look. Here's a quick rundown as to why shares of these companies are so cheap and whether there is a buying opportunity. 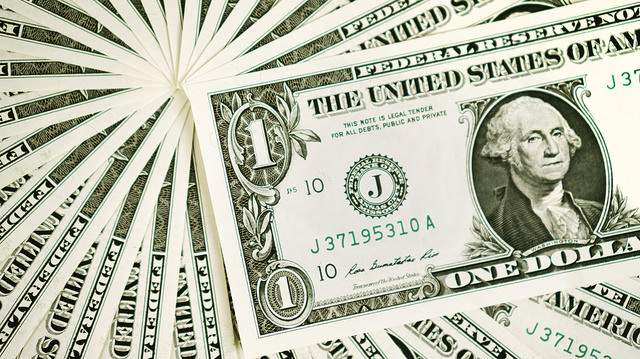 Will there be any value after the fall?

Just about every investor is treating the automotive industry with kid gloves. From a short-term perspective, the North American car market is starting to show cracks. Automotive sales have contracted for four months straight, incentive spending is up, and inventory of used cars are up as many vehicles go off lease. Many analysts and financial media heads have been predicting peak auto sales for a while, which are tangible signs that times are tougher for automakers.

As a result of these factors, shares of General Motors have been pushed down into deep value territory. GM's stock currently trades at a total enterprise value-to-EBITDA ratio of 5.3 and carries an attractive dividend yield of 4.6%. This is the kind of valuation you would see from a company expecting a hard fall from grace.

That's the thing with cyclical stocks like automotive manufacturers, though. Valuations look incredibly cheap because investors are anticipating a drop in earnings. As profits tumble, that valuation will rise. Conversely, it can look expensive at the trough of the market because profit levels are low but should increase over time.

With a valuation this low, I can see why investors would be attracted to this stock. Also, General Motors is in much better financial shape than it was years ago and is much better suited to handle a modest market slump without it compromising the dividend. Based on this, I can think of a lot worse investments to make than General Motors right now, but waiting to see how this current market down cycle plays out might be the better move today.

Get some last few puffs

There was a time when Warren Buffett was a deep value investor who liked what he called cigar-butt stocks: businesses the market has already cast aside but that have a little bit of life left in them. No industry or business embodies this kind of business more today than coal company Alliance Resource Partners. Today, shares of Alliance Resource Partners trade at the absurdly low EV-to-EBITDA ratio of 2.5 and has a distribution yield of 8%. This kind of valuation is the equivalent of Wall Street throwing up its collective hands and saying "it's over" for coal.

That sentiment is probably true over the long term. Older coal-fired power plants are shutting down across the U.S., and energy companies are electing to replace that lost generation capacity with other options such as cheap natural gas turbines or solar and wind installations. With the levelized cost of energy for coal losing ground to these other sources, it's hard to see coal doing anything but slowly fading away.

The underlying investment thesis for Alliance is one word in that sentence: slowly. Coal-fired generation still represents 29% of all electricity, and Alliance's low-cost operations in the Illinois Basin will not likely decrease compared to coal from other parts of the U.S.

What's more, Alliance's management has been excellent stewards of shareholder capital. They avoided making multibillion-dollar acquisitions and taking on massive debt loads during the commodity boom five to six years ago, and its distribution coverage ratio of 2.38 means there is more than enough cash coming in to support its payout, which has in turn given management enough confidence to raise that payout in the future.

Coal is by no means a multidecade investment in the U.S. today, but there is certainly enough left on this cigar butt for investors to generate a decent return.

Looks cheap at the bottom of the cycle

The past decade has been an interesting one for railcar manufacturers. While coal -- rail's largest customer -- has been on the gradual decline, new pockets of demand have emerged such as tanker cars to move crude oil from shale basins and hopper cars to deliver frack sand to shale basins. Before the oil price crash in 2014, American Railcar Industries and its peers saw a tremendous surge in demand and backload orders.

Once the oil price crash started taking hold, however, new orders began to dry up, American Railcar's backlog dwindled, and revenue shrunk. Today, its total backlog is less than one-third what it was at the end of 2014.

Here's the thing, though. All of those sales over the past five years help to support its lease and repair services segments. So even though manufacturing revenue has been cut in half since 2015, higher revenue from railcar leasing and repair services have helped to offset those declines. These two business segments provide American Railcar with a steadier revenue stream that should assist the company in weathering the cyclical aspects of railcar manufacturing.

Unlike General Motors, which looks to be at the top of the market cycle and headed down, American Railcar looks to be somewhere at or near the bottom of its market cycle. Despite this, the company is still generating a decent amount of cash to support its business and still pay its dividend with a little help from cash on the balance sheet. If this is somewhere near the bottom of the cycle for American Railcar, then the stock's EV-to-EBITDA ratio of 6.5 times and a dividend yield of 4.4% seem like a good opportunity to take a deeper dive into this stock.