China's booming online video-gaming industry has been a big catalyst for NetEase (NTES -1.26%), helping the stock soar around 90% in the past year. But the online video gaming specialist's momentum isn't going to die down anytime soon, if its latest results are any indication.

As it turns out, NetEase knocked the ball out of the park with terrific first-quarter fiscal 2017 results that were way better than expected, thanks to rampant growth in the company's mobile gaming business and expansion beyond China. These two trends, along with NetEase's spot-on execution, should help the company sustain its impressive growth rates, creating the potential for more upside.

Mobile gaming growth will be a catalyst

Mobile games now make up 73% of NetEase's total revenue as compared to 64% in the year-ago quarter. In fact, the company currently has over 100 mobile gaming titles under development, including expansion packs for legacy games to keep its existing user base hooked.

NetEase has drafted a smart strategy to capitalize on this transition by porting its already-popular PC client games onto the mobile platform. The strategy has worked wonders for the company so far, as its rapid mobile gaming growth shows. The trend should continue as it launches expansion packs and looks to integrate new features such as augmented reality (AR), while also expanding internationally to add to its user base.

As it turns out, NetEase's AR-enabled title Onmyoji has been a massive hit among users in the international markets, setting the stage for the company's expansion beyond China. 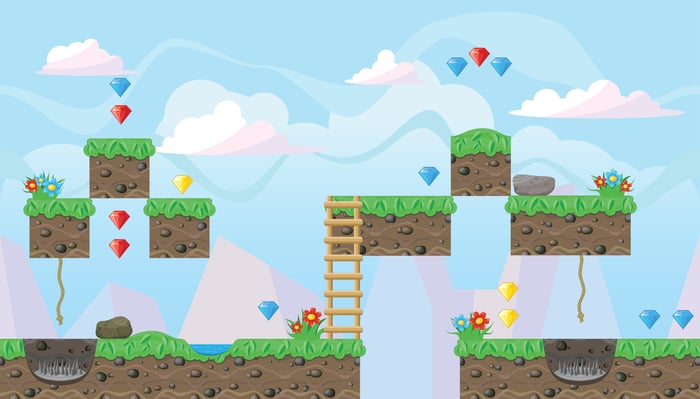 International growth will be another tailwind

Europe, North America, and Asia-Pacific are going to account for the lion's share of video gaming revenue for 2017, according to Newzoo. Not surprisingly, NetEase is targeting these markets quite aggressively to boost its revenue.

For instance, NetEase released Onmyoji in Japan this February, and the game was a tremendous success, as regular content additions and the international push helped it cross 200 million downloads. The company has big plans for this game; it's reportedly working on a Western version for launch in markets such as Europe and North America.

The good news for NetEase investors is that the Chinese version of Onmyoji has been received well in English-speaking countries such as Australia and New Zealand, so it won't be a long shot if it succeeds in other Western markets as well.

But Onmyoji won't be the only game NetEase is going to take international. It has similar aspirations for its self-developed mobile titles, such as Land of Glory. The company is going to rebrand this title as Crusaders of Light for the Western markets, making it available to international users later in 2017, which could help it achieve more mobile gaming revenue globally.

NetEase and Microsoft penned a deal last year to bring the highly popular video game Minecraft to China. The deal allows NetEase to distribute the PC and mobile versions of the title in the Chinese market, which could be a big deal, considering Minecraft has sold over 100 million copies globally and boasts 40 million monthly users.

The game is currently being beta-tested by NetEase and is set for a July launch. So investors can expect a bump in the company's second-half performance this year once NetEase officially launches Minecraft.

Therefore, NetEase has a number of catalysts under its belt that should help it sustain its rapid growth. What's more, analysts seem to have a similar opinion, as 16 of the 23 analysts covering the stock have raised their earnings targets in the past month, indicating that they believe the stock can deliver more upside.

Why NetEase, Bilibili, and iQiyi Plunged on Thursday
411%