What stocks are the "smartest" investors buying? We asked three Fool contributors a version of that question: Which stocks are either already getting attention from highly regarded professional investors or should be? Here's why they think Vertex Pharmaceuticals (NASDAQ:VRTX), Delphi Automotive (NYSE:DLPH), and an old favorite -- Apple (NASDAQ:AAPL) -- deserve a close look right now.

An under-the-radar way to invest in self-driving cars

John Rosevear (Delphi Automotive): A lot of analysts and pundits will tell you that Silicon Valley companies are the best way to invest in the coming wave of autonomous vehicles. But some smart investors know that there's plenty of cutting-edge work being done within the "legacy" auto industry -- and old-line auto supplier Delphi Automotive increasingly stands out as a company that could profit big as cars and trucks learn to drive themselves. 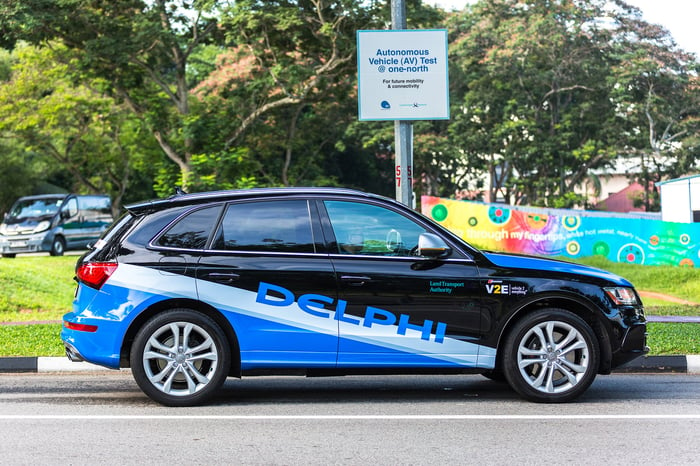 Delphi is also working with those two partners to help BMW AG (OTC:BAMXF) create a series of self-driving systems -- and Delphi and its partners will have the right to sell those to other automakers as well. Delphi is also believed to be working with several other automakers and tech companies on projects to develop or integrate autonomous technology.

How big does it expect those businesses to be? Let's put it this way: Delphi recently announced that it will soon spin off its legacy internal combustion engine components business to focus on "electronic safety systems" -- specifically, self-driving technology. It's realigning its whole business around this future technology, and it's doing so from a strong position. Delphi's status as a long-established industry supplier means that the automakers will know that its self-driving offerings will perform as advertised. That's not necessarily true of new high-tech entrants.

Intel's pending purchase of Mobileye means that there's no longer a pure play for those who want to invest in autonomous vehicle technology, at least among public companies. But Delphi is becoming the next best thing. At 20 times earnings, it's not cheap for an old auto industry supplier -- but investors who buy today might look very smart indeed in a few years.

The main reason behind Vertex's big surge this year was the company's announcement in March of results from two late-stage clinical studies of a combination of tezacaftor and Kalydeco in treating cystic fibrosis (CF). Those results were so promising that Vertex intends to submit the combo therapy for regulatory approval in the U.S. and in Europe in the third quarter of 2017.

Vertex also received more good news for Kalydeco. On May 18, the U.S. Food and Drug Administration (FDA) approved the drug for use in CF patients ages two and older who have one of 23 residual function mutations in the CF transmembrane conductance regulator (CFTR) gene. This was the fourth FDA approval for the drug, which first gained approval for treating CF patients ages six and older with the specific G551D mutation in the CFTR gene.

In the meantime, Vertex is continuing to finalize reimbursement deals in European countries for another CF drug, Orkambi. Although Orkambi is the company's newest drug on the market, it has already leaped past Kalydeco to become Vertex's top-selling product.

Based on the strength of Kalydeco and Orkambi, along with good prospects for approval of the tezacaftor/Kalydeco combo, Vertex is one of the top biotechs developing personalized medicines and appears to be poised for tremendous earnings growth. I think buying Vertex is still a smart move even after the stock's big run-up.

Buffett takes another bite of Apple

Keith Noonan (Apple): No investor has cultivated a more esteemed reputation than Warren Buffett, so news that he and his company Berkshire Hathaway have been buying up shares of Apple has understandably attracted a lot of attention. Berkshire now owns roughly 2.5% of outstanding Apple shares, and the company has been increasing its position in the tech giant at a time when there's considerable debate about the iPhone maker's valuation.

Buffett has added to his company's stake in Apple even as shares traded at record highs, making it his company's third-largest holding despite a previously stated aversion to tech investing. The Oracle of Omaha has praised Cupertino's long-term earnings growth potential and also pointed to the company's recent move to increase its share buyback authorization by $35 billion as a favorable sign. 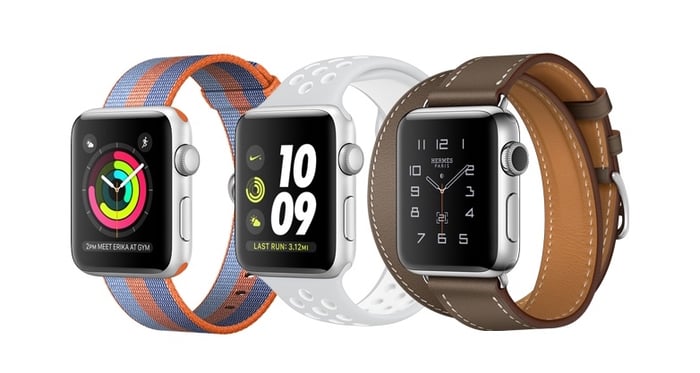 While iPhone sales are showing signs of softening, Apple is seeing strong performance from its services business and has some exciting projects on the horizon including its long-in-development push into smart cars. Also encouraging for Apple investors is momentum in wearables. While the Apple Watch got off to a bit of a rough start, it looks like consumers are becoming more receptive to the company's smartwatch offerings. Sales data from Strategy Analytics for the first quarter of 2017 shows that the company is now the top wearables company by market share, with shipments of its smartwatch increasing 59% year over year to reach 3.5 million units.

With its brand and business strengths, stellar cash flow, and a forward P/E of 17 that still notches below the S&P 500's forward P/E of 18, it's not hard to see why Buffett keeps coming back to Apple.