Information technology has been a hot topic for decades. The industry has helped many investors build successful retirement portfolios, and will create lots of wealth in the future, too.

That being said, it's also a risky sector where investors can walk into a value trap at every turn. It's important to separate the dry chaff from the golden wheat in this market, metaphorically speaking.

I'm here to point you in the right direction, with three top information technology stocks offering more rewards than risk right now. Read on to see how Hewlett Packard Enterprise (NYSE:HPE), Akamai Technologies (NASDAQ:AKAM), and Alphabet (NASDAQ:GOOG) (NASDAQ:GOOGL) can live up to that promise, each in its own particular way. 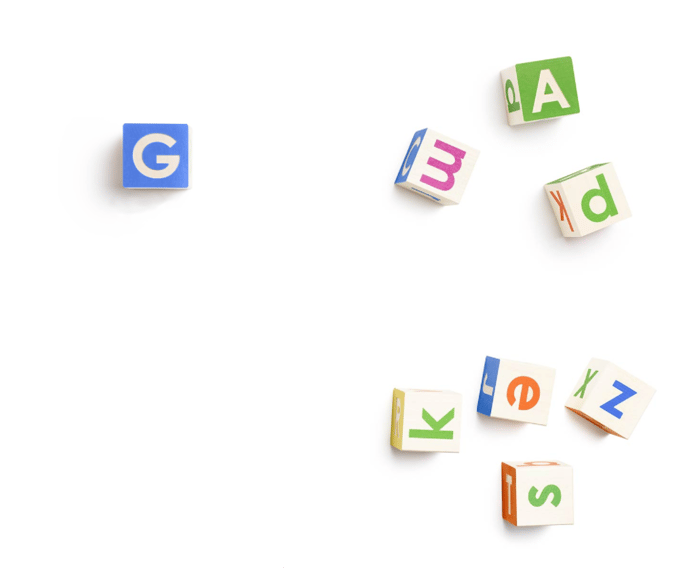 Today, you know Alphabet as the parent company of internet search and advertising giant Google. Under that consumer-friendly brand, the company also runs many services aimed directly at corporate customers. Online advertising is the prime example of this, followed by cloud-computing services and advanced machine learning tools.

The Google umbrella covers 99% of Alphabet's revenue today, but that's going to change in the long run. Without the "Other Bets" division, there would be no need to wrap the successful Google business in the Alphabet structure. That segment is working on new ideas in fields as diverse as medical research, self-driving cars, and high-speed connectivity services.

Come back in 10 years, and chances are that the Alphabet you see will look very different from the online titan you're used to. Alphabet aims to become a cross-sector conglomerate, a sprawling set of loosely connected products and services, where data-driven research is the common denominator that ties the whole group together.

That's a winning strategy in the long run. The conglomerate idea frees Alphabet to start from the solid platform of cash and technology that Google built, and then point it in new directions as circumstances allow. Alphabet carries the second-largest market cap on the planet, but still has lots of room for growth over decades to come.

I'm in for the long run, and would also be very comfortable with buying Alphabet shares in 2017.

You can think of Hewlett Packard Enterprise as the business-oriented side of the old Hewlett-Packard empire. The enterprise segment was spun out as a separate business in 2015, leaving HP Inc. to manage consumer products and printers. The two companies are still intertwined in many ways and could stand to put more space between them, but at least investors have the opportunity to focus on one specific aspect of the predecessor company's sprawling operations.

From that starting point, Hewlett Packard Enterprise has moved on to refine its strategic plan and double down on profitable growth opportunities within its wheelhouse.

The company spun out its low-margin enterprise services operations to merge with Computer Sciences Corporation, creating a new business entity known as DXC Technology. The cratering sales of the software division soon followed, moving out to U.K.-based sector peer Micro Focus in a deal worth $8.8 billion. A leaner, meaner company then turned around to acquire flash-based storage specialist Nimble Storage for $1 billion.

The revamped Hewlett Packard Enterprise is a nearly pure play on enterprise services with a small side of financing operations. The company focuses on enterprise-class storage solutions, big-iron server systems, and the consulting services needed to run an HP-powered data center.

Going forward, Hewlett Packard Enterprise is trading in nearly half of its annual revenue for a clearer business focus and much wider profit margins. You can buy into this evolving business at bargain-basement prices, coupled with a reasonably generous dividend policy. This is a low-risk pick in the information technology sector now that the corporate makeover has been completed, ideal for investors with little patience for volatility and surprises along the way. 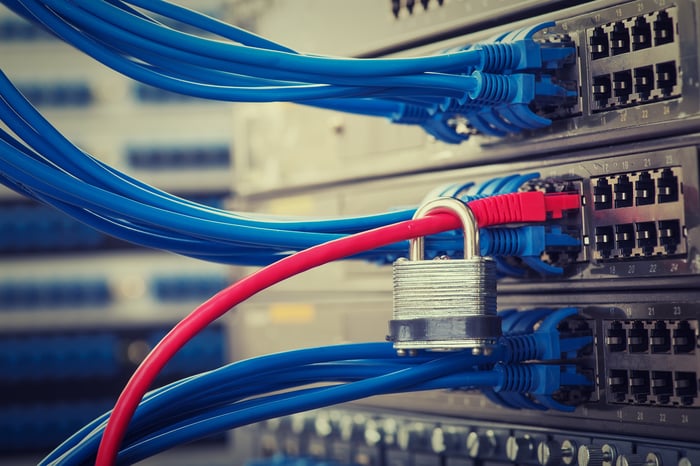 Akamai Technologies runs a global network of content delivery services, based on specialized caching servers installed in connection hubs and data centers around the world. These caches used to speed up downloads of large files such as high-resolution graphics and digital video, and media customers accounted for the lion's share of Akamai's sales.

As of 2017, the company is letting smaller rival Limelight Networks take much of the media traffic that used to mean so much, giving Limelight a new lease on life while Akamai turns toward the more profitable security market.

The same caching servers can also serve as an effective cure for distributed denial of service (or DDoS) attacks.

"Enterprises need solutions capable of defending against massive botnets that are exploiting millions of online devices," said Akamai CEO Tom Leighton in November 2016. "This is an area where Akamai's unique architecture and ongoing investments in global scale and security innovation continue to make a critical difference."

Akamai's cloud security sales skyrocketed 44% higher in 2016, showing no signs of slowing down in 2017. Media delivery revenue dropped 10% lower, but the company seems to be comfortable with its new calling. Investors have yet to be convinced, driving share prices 30% lower in the first five months of 2017 while Limelight's investors enjoyed a 15% gain.

But Akamai strikes a profit without breaking a sweat, and the security-focused future looks bright.