Shares of Pandora Media (NYSE:P) fell 17.6% in May, according to data provided by S&P Global Market Intelligence, after the company reported its first-quarter 2017 earnings and rumors spread that it might sell its Ticketfly business. 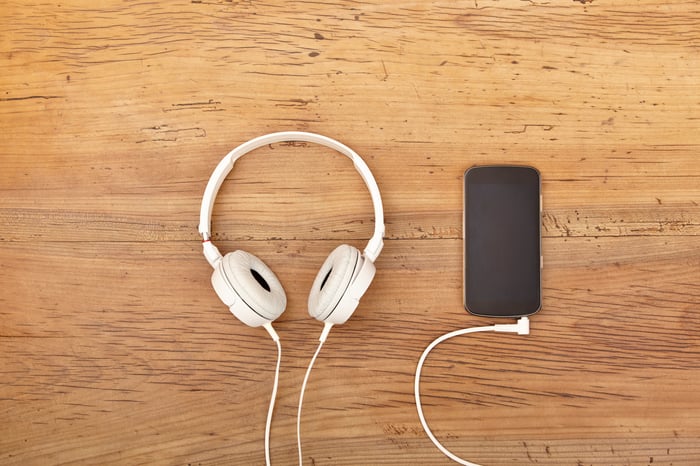 Pandora grew total subscribers to 4.71 million in the first quarter, an increase of about 20% year over year, and said that it now has 1.3 million trial subscriptions across all of its subscription tiers. Pandora said its new premium tier has 500,000 trial starts, but it's still unclear how many of those will convert into paying customers.

Revenue came in at $316 million in the quarter, a modest 6% year-over-year increase. Subscription revenue hit $64.9 million, though, which represented a solid 19% increase from the year-ago quarter.

"[O]ur Q1 results were consistent with our expectations and demonstrated Pandora's ability to improve ad monetization, while controlling costs and evolving our consumer experience in ways that enhance usage trends of our most engaged listeners," Pandora CEO Tim Westergren said in a press release.

Pandora also said in the quarter that it was setting up an independent committee that could, among other things, pursue a possible sale of the company. That never happened, and instead Pandora took a $480 million investment from Sirius XM this month.

One thing investors almost certainly didn't like in May were rumors that Pandora might sell its Ticketfly business. Pandora acquired the concert-ticket company for $450 million just two years ago and any sale would mean that Pandora would likely lose money. Investors' fears came true this month when Pandora agreed to sell Ticketfly to EventBrite for just $200 million.

Pandora expects revenue in the range of $360 million to $375 million in the second quarter, with an earnings before interest, taxes, depreciation, and amortization (EBITDA) loss of about $58 million at the midpoint.

"We're excited about the launch of Pandora Premium and its potential as it begins to ramp. We expect revenue to build throughout the year and are confident in our strategy based on leveraging a suite of products that works together to strengthen our overall value proposition. Our expectation is that top-line growth in 2017 will be heavily loaded toward the back half," the company's CFO, Naveen Chopra, said on the first-quarter earnings call.

Pandora expects full-year revenue in the range of $1.50 billion to $1.65 billion.