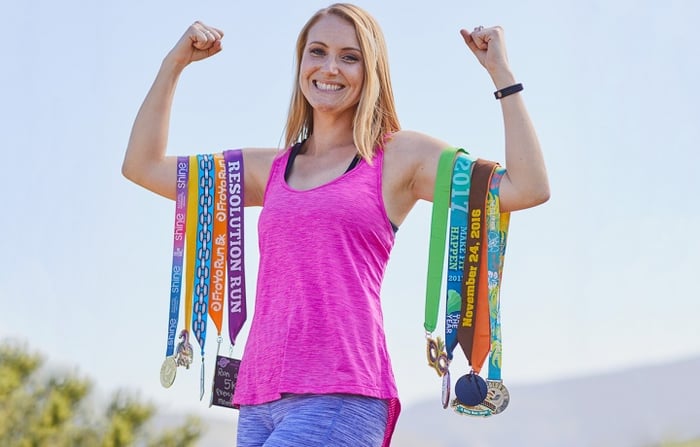 According to data from S&P Global Market Intelligence, the stock jumped 26% in May. As the chart below shows, the stock got a boost after earnings on May 2, and continued to rise from there. 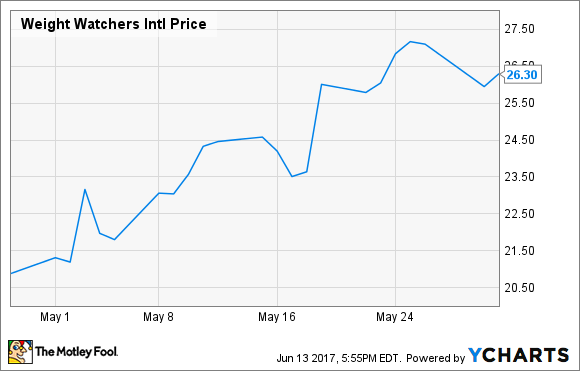 The weight-loss service saw a 16% increase in subscribers to 3.6 million, marking its sixth straight quarter of positive subscriber growth. Revenue was up 7%, or 9% on a constant-currency basis, to $329 million. On the bottom line, the company swung from a loss of -$0.17 per share a year ago to a profit of $0.16 a share, easily beating estimates at $0.04 a share.

Chairman Ray Debbane called it a "very successful winter season" and said it solidifies the company's "return to growth."

The stock continued to run higher over the duration as investors continued to buy into the turnaround story, which has been boosted by the company's partnership with Oprah Winfrey.

The stock is up a whopping 138% this year as investors have been encouraged by international expansion, subscriber growth, and the recent decision to name Mindy Grossman, the former head of the Home Shopping Network, as CEO.

At this point, the stock may have exhausted most of its growth potential for the year, but if the company keeps on lifting its guidance, expect the stock to continue moving higher.