The launch of its EPYC server processors is viewed as a major opportunity.

Shares of Advanced Micro Devices (AMD -6.17%) surged on Wednesday following the company's Tuesday afternoon unveiling of its EPYC server processors. Some positive analyst commentary added fuel to the fire. AMD stock was up about 9.2% at 3 p.m. EDT.

EPYC, formerly known under the code name Naples, is AMD's reentry into the server processor market. AMD's market share currently rounds down to zero, with Intel (INTC -2.76%) overwhelmingly dominant. AMD is looking to change that with EPYC. 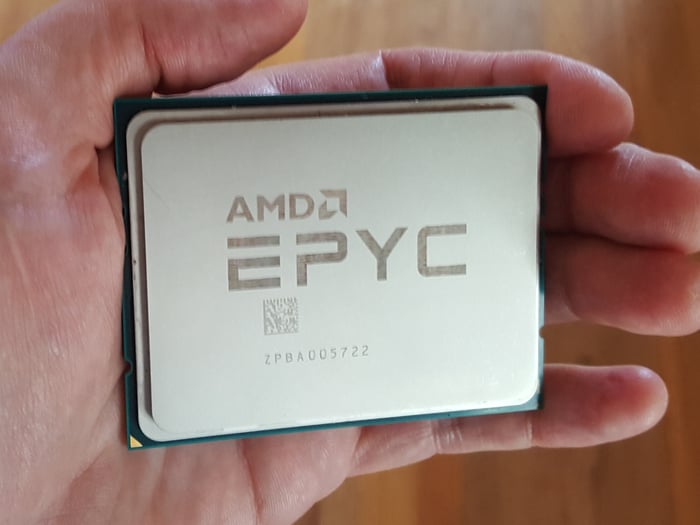 AMD unveiled processors aimed at both one-socket and two-socket systems, providing specifications and approximate pricing. The chips range from 8 cores at the low end to 32 cores at the high end, with base frequencies between 2.0 GHz and 2.4 GHz. AMD provided benchmarks, which showed its EPYC chips handily outperforming comparable Intel Xeon chips in a particular test. Third-party reviews will be needed to provide an unbiased view of performance.

Analyst Mark Lipacis of Jefferies reiterated a "buy" rating on the stock and a $16 price target. Lipacis expects AMD to win 7% of the total server market by the end of next year. Meanwhile, Morgan Stanley rated the stock "equal weight," calling the launch impressive and suggesting that AMD might force Intel to lower its prices next year.

The launch comes soon after Intel shifted its focus more heavily toward the data center. Intel's strategy is now "data center first," with its data center chips moving to new nodes before its PC chips. Intel's data center segment produced $17.2 billion of revenue and $7.5 billion of operating income last year, and the company will likely be aggressive in defending its market share.

How much share EPYC ultimately wins remains to be seen. The opportunity for AMD is measured in the billions of dollars, and it seems likely that Intel's data center margins will be crimped by this new competition. Optimism has returned after a disappointing first quarter. The billion-dollar question: Can AMD deliver?