Please ensure Javascript is enabled for purposes of website accessibility
Log In Help Join The Motley Fool
Free Article Join Over 1 Million Premium Members And Get More In-Depth Stock Guidance and Research
By Eric Volkman - Jun 22, 2017 at 6:25AM

Glu Mobile will bring WWE's "Superstars" to your phone in 2018.

The opening bell has sounded, and Glu Mobile (GLUU) is about to step into a World Wrestling Entertainment (WWE 1.57%) ring.

The software developer announced that it struck a deal with the "sports entertainment" purveyor to create a wrestling game for mobile devices. Neither the terms nor the value of the arrangement was made public, although Glu Mobile did say it was a multi-year deal and that the game will be released worldwide next year.

The company added that the title will feature some of WWE's top "Superstars" (the term the wrestling company uses for its in-ring talent), both active and retired. Among others, Glu Mobile specifically mentioned The Undertaker, Roman Reigns, and Triple H, perhaps better known to investors as longtime WWE executive Paul Levesque. 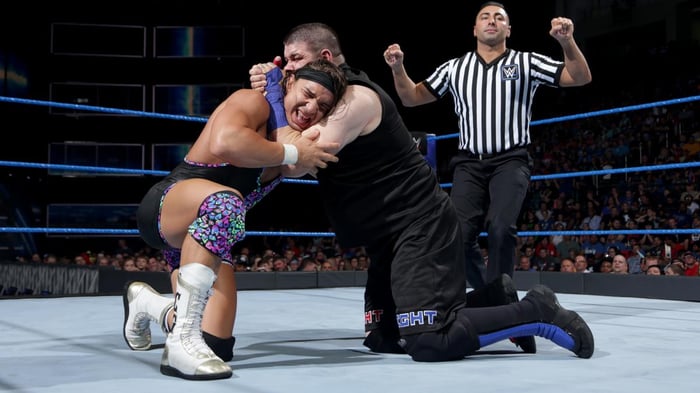 The WWE deal is a spot of good news that comes at a time when Glu Mobile could use some. Although the company is doing better than its recent headline numbers would indicate, its stock is still teasing multi-year lows. Those fundamentals didn't help -- in its most recently reported quarter, Glu Mobile posted a per-share adjusted net loss that was more than double the average analyst estimate.

Without knowing the specifics of the WWE deal, we can't make an educated guess on how beneficial (or not) it'll be for Glu Mobile. What we can say is that it shows that the company is able to score a solid, high-profile client and secure the relationship for several years.

I'm not a fan of software companies, as their fortunes can be volatile. But for investors who have a more optimistic view of the segment, this new collaboration strengthens the bull argument for buying or holding Glu Mobile stock, which is relatively cheap on a historical basis.