LaCroix sparkling water has been winning market share at the expense of all its rivals.

If you've been to a grocery store lately, you may have noticed the growing prominence of LaCroix sparkling water. The company behind the brand, National Beverage (FIZZ -2.45%), has been making sodas and juices since the 1980s, including Shasta and Faygo and Ripit energy drinks. But nothing in its portfolio has the possibility and promise of LaCroix.

National Beverage doesn't publicly break out its performance by brand; but it did indicate that sales of the Power+ segment (of which LaCroix is a part) rose 40% last quarter, and I think it's safe to say that much or all of that growth is LaCroix. According to The Wall Street Journal, the LaCroix brand did about $225 million in sales last year. If that figure is to be believed, and if you further assume 30% annual growth for LaCroix and a 2% decline of everything else, in 10 years, the sparkling water brand will account for almost 90% of National Beverage's total sales, and the company name will have to be changed to LaCroix. 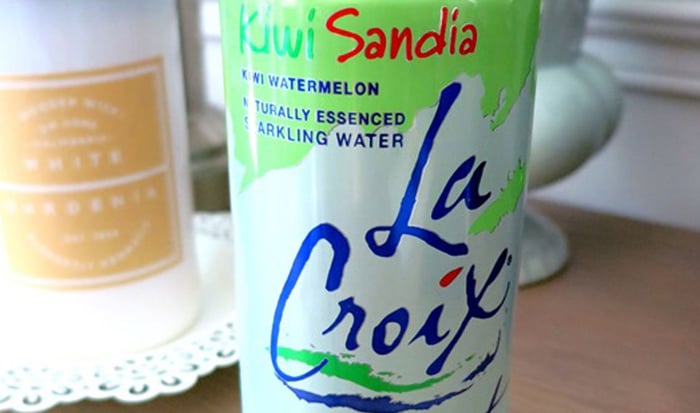 The appeal of LaCroix

The addressable market for sparkling water -- and what share LaCroix can take of it -- can only be estimated. Its total was rather small in 2015 -- just under $2 billion according to data gathered below by Beverage Industry. But as you can see from the chart, the market grew more than 15% that year, and La Croix's share of it grew at the expense of all of its competitors.

That being said, in most cases, a $2 billion addressable market is not enough to justify a $4 billion market cap. But the addressable market for LaCroix is not a sequestered pool of sparkling water to which it is forever confined. It would be a big mistake to consider only the $2 billion sparkling water market and not the much larger $40 billion carbonated soda beverage (CSD) market. Basically, anyone who likes to drink something fizzy and healthy is a potential customer. The important thing here is not to come up with an exact figure for an addressable market but to understand the appeal of LaCroix. Why is it winning?

I think a key reason for its success is that people believe it is, really and truly, water. This is just as much about feeling as it is about truth. Remember how toothpaste became a staple item? It was not by convincing people of its benefits, but by adding that minty taste which stayed on the tongue and made people's mouths feel clean. LaCroix feels like water. It has taste, but unlike Sparkling Ice, it doesn't have too much. It is basically a Perrier or a San Pellegrino that is priced like Coke, with flavor enough to taste good but still remain, in the minds of its drinkers, H2O.

The problem of distribution

Since its very beginning in the 19th century, the beverage business has always struggled with the challenge of distribution. How do you profitably move this product, so heavy compared to its value, at the volume demanded by customers? Over the course of the 20th century, the two giants of the business, Coca-Cola (KO -0.53%) and PepsiCo (PEP -0.35%), were able to create distribution networks of franchised bottlers who would buy their syrup, make the soda, and deliver it to retailers. The power of these networks is unparalleled. Coke's network is responsible, to a great extent, for the power of its brand, of which Warren Buffett has often waxed poetic. In this business, the distribution is inseparable from the marketing; Coke would not be Coke if you didn't see it everywhere, stocked and displayed for maximum visibility.

National Beverage calls its distribution system hybrid, suggesting it's a cross between the franchised model and the wholly owned model. Actually, it's much closer to being the latter. The company owns 12 bottling plants, but relies on third parties and its retailer customers themselves for distribution. The closest comparable model is probably that of Dr. Pepper Snapple, which has its own plants and warehouses, but relies on the Coke and Pepsi networks for the distribution of its main product.

If LaCroix continues to grow at recent rates, there will come a time when National's current distribution system will be insufficient, meaning a deal will have to be cut with Coke or Pepsi or both. Even Monster, for all its skill in branding and marketing, eventually had to cut a deal with Coke after a period of rapid growth, and what was true for Monster and Dr. Pepper, I believe, will also be true for LaCroix.

The role of management

As always, management is a critical element of success, especially for a growth company such as National Beverage. On the face of it, CEO Nick Caporella and his team have been stellar. Since 2004, they have paid out about $470 million in dividends, and the stock has been a 10-bagger. But good results are not necessarily evidence of good management. I wonder if that $470 million might not have been better spent on strengthening the brand and its distribution. And what if those sums were used instead to buy back shares? A well-executed stock buyback program could have reduced the share count by more than half!

That being said, I will not quibble with a multibagger stock, nor with the value of a product that I consume almost daily. A strong brand combined with an expanding market can more than compensate for the faults of management. If this was a tech company in an ever-changing industry, I would want a more capable, and younger, helmsman to steer. Caporella is 80, and succession is an issue. The most likely heir to the throne is his son Joseph, an unknown quantity. The other alternative is a buyout, conceivably by Coke or Pepsi. The important thing to remember is that Caporella owns almost three quarters of the shares, and whatever he decides will be done.

Management always matters, but the degree to which it matters depends on the business. At the end of the day, the beverage industry is simple. Innovation is nice, but it isn't required. (Indeed, too much of it has been known to get companies in trouble – remember New Coke?) The keys to success are simple: strengthen the brand and expand distribution. Just follow the path of Monster or Dr. Pepper. With a strong brand, it's hard to mess things up.