Recalls aren't over yet, and until they are, Polaris is a risky investment.

The last 18 months have been rough for Polaris Industries Inc. (PII 1.85%). Recalls have led to elevated costs and sales have been lost as dealers and customers deal with uncertainty around the company's product quality.

But the challenges aren't quite over for Polaris. And there were two developments that could make 2017 another rough year. 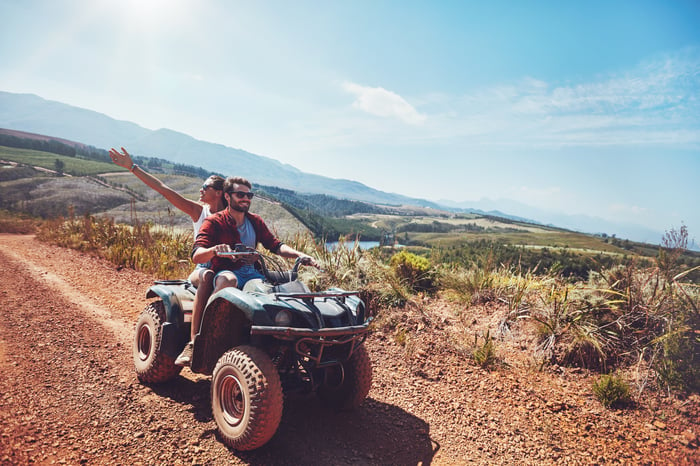 In April, the company announced a new round of recalls: 51,000 2015 RANGERs and 3,800 2017 Sportsman ATVs. Investors should be concerned that the string of recalls isn't over.

It's tough to gauge the full impact of recalls because there can be both lost sales and engineering time spent redesigning flawed products that could have been spent working on new products. But we know that the direct cost for "non-recurring warranty, legal, and other recall-related costs" for the company are $120 million in 2017 alone so far.

Polaris certainly wishes that the recalls that contributed to a terrible 2016 were over, but that doesn't appear to be the case. Market share fell 200 basis points in off-road vehicles last year, and Polaris is just hoping not to lose ground in 2017. If the recall trend continues, investors will stop assuming a recovery in earnings is on the horizon and realize that a stock currently trading at 34 times earnings is awfully expensive.

The second things that's going to negatively impact Polaris' 2017 results is discontinuing its Victory line of motorcycles. In the first quarter alone, ongoing motorcycle sales were down $59.9 million from a year ago to $125.4 million, and $46 million of the decline can be attributed to the elimination of the Victory.

Long term, the idea is to eliminate the Victory brand and focus on the Indian brand, which has been extremely successful since Polaris acquired it in 2011. Despite the decline in sales overall, Indian shipments were actually up in the first quarter, and after adjusting for the Victory discontinuation, motorcycle sales are expected to be up a low double-digit percentage in 2017.

While the move may be successful in the long term, there will be a hit to results in 2017, and it may take a few years to build Indian up to the level of sales that Indian and Victory had combined.

Polaris needs to get out of its own way

The biggest problem Polaris has in 2017 is the recalls that never seem to end. They're costly and make it difficult for customers evaluating an off-road vehicle or motorcycle to trust buying a Polaris brand. Acquisitions like TAP (Transamerican Auto Parts) may mask some of the revenue pressure in the short term, but making quality off-road vehicles is Polaris' core and drives the rest of the business model. And until recalls are put in the rearview mirror and we see sales and costs stabilize, this is a stock investors should be cautious about getting too bullish on.