Looking for stocks spinning off lots of cash? Check out Alphabet, Apple, and Johnson & Johnson.

You've probably heard the expression "cash cow," but what does it really mean? The metaphor comes from the dairy industry, where a farmer buys a cow and then receives a steady supply of milk for years to come. In the business world, the equivalent is a company that consistently generates solid cash flow.

Stocks with strong free cash flow (the amount of cash remaining after capital expenditures) often make great investment choices. They're more likely to pay out dividends and to keep those dividends coming. The companies also have more flexibility in reinvesting in their businesses to remain competitive. 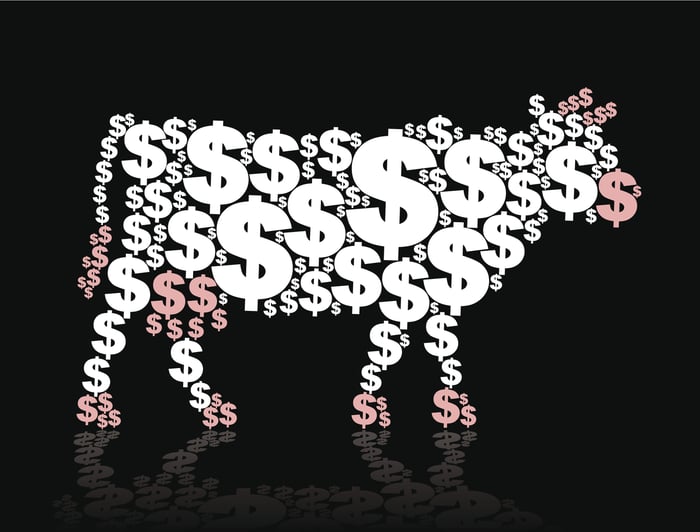 How does Alphabet generate its enormous cash flow? Nearly all of it (99%) comes from Google, with a small portion stemming from what the company calls its "other bets," which include Nest home automation and its Verily life sciences division. Within Google, advertising revenue on its search engine and YouTube social media site account for roughly 87% of revenue.

What's particularly great for Alphabet is that its free cash flow continues to grow. Sooner or later, the company will need to do something with the big cash stockpile that it has accumulated. Most likely, Alphabet will make strategic acquisitions, buy back more shares, and/or initiate a dividend. Any of these will reward investors, making Alphabet one of the most attractive cash cow stocks on the market.

Apple generated free cash flow over the last 12 months of nearly $53 billion. Thanks to this strong cash flow, Apple claims a massive cash stockpile totaling $67.1 billion (including cash, cash equivalents, and marketable securities). The company's cash flow also enables it to pay a dividend with a current yield of 1.76%.

While Apple makes money from many popular products and services, its iPhone sales generate 63% of total revenue. This could change in the future, though. One venture capital firm founder thinks that Apple could be developing augmented reality glasses that could be even bigger than the iPhone. 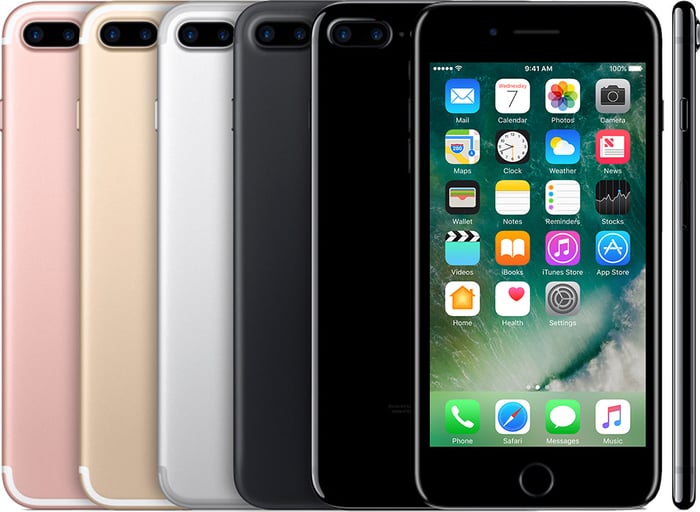 Also, Apple's iPhone sales are only growing by single-digit percentages. By comparison, revenue from the company's second-biggest moneymaker -- services, which includes digital content, AppleCare, Apple Pay, and licensing -- jumped 18% year over year in the first quarter of 2017. Although Apples faces some risks from competition, it seems likely that the company will remain a cash cow for years to come.

Johnson & Johnson's free cash flow over the last 12 months topped $16 billion. The healthcare giant reported cash, cash equivalents, and marketable securities of $39.3 billion at the end of March. J&J's dividend is one of the most solid in all of healthcare, with a current yield of 2.53% and a 54-year streak of dividend increases.

There isn't much in healthcare that J&J doesn't do. The company's top source of revenue is its pharmaceutical business, which generates around 46% of total sales. Its medical devices segment isn't too far behind, contributing more than 35% of total revenue. J&J's consumer business kicks in the rest of the company's sales.

The company has prioritized acquisitions as a key way of using its cash and cash flow. Earlier this year, J&J acquired Abbott Medical Optics from Abbott Laboratories, bolstering its medical devices business. More recently, the company completed its $30 billion acquisition of Swiss drugmaker Actelion. Although there have been quite a few questions about the price tag paid for Actelion, J&J seems poised to stay ranked as a top cash cow stock.