Please ensure Javascript is enabled for purposes of website accessibility
Log In Help Join The Motley Fool
Free Article Join Over 1 Million Premium Members And Get More In-Depth Stock Guidance and Research
By Rich Smith - Jul 8, 2017 at 10:33AM

It's been two years since Shotwell fired that quip across the bow of United Launch Alliance (ULA), the rocket-launching joint venture between old-guard aerospace giants Boeing (BA 0.19%) and Lockheed Martin (LMT 0.44%). It's also been two years since SpaceX urged Congress to consider flying its satellites on board $90 million SpaceX Falcon 9s, instead of on $400 million Boeing-designed Delta IVs from ULA. 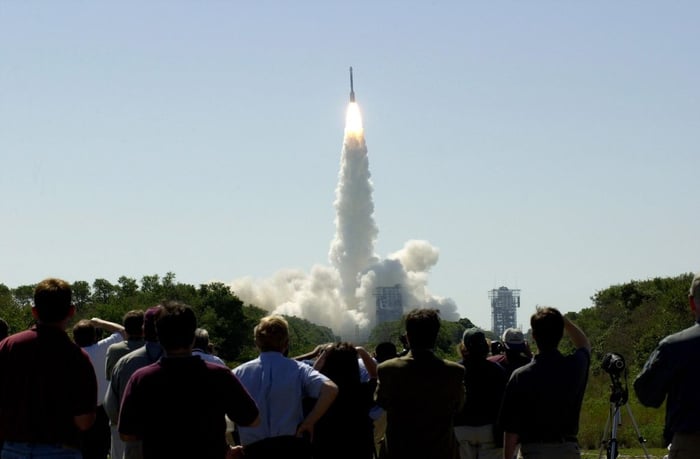 3 Stocks to Avoid This Week
Get Started Now