Synaptics is trying to make inroads into this fast-growing market but it could run into tough competition.

Shares of Synaptics (SYNA 3.70%) have had a rocky ride on the stock market this year -- rising just 8% so far -- as the company has been under scrutiny regarding whether or not is has secured a spot in Apple's next iPhone. Supply chain rumors indicate that Apple has declined to use Synaptics' solution for its upcoming device, though it seems to be the only viable choice on the market that integrates a fingerprint sensor within the touchscreen.

Earlier in June, Synaptics made a double acquisition, spending $343 million in cash and stock to acquire voice and audio solutions company Conexant Systems, and doling out another $95 million for the multimedia business of Marvell Technology (MRVL 3.33%). Synaptics' management believes that these acquisitions will immediately start boosting its gross margin, but the long-term gains could be more significant. 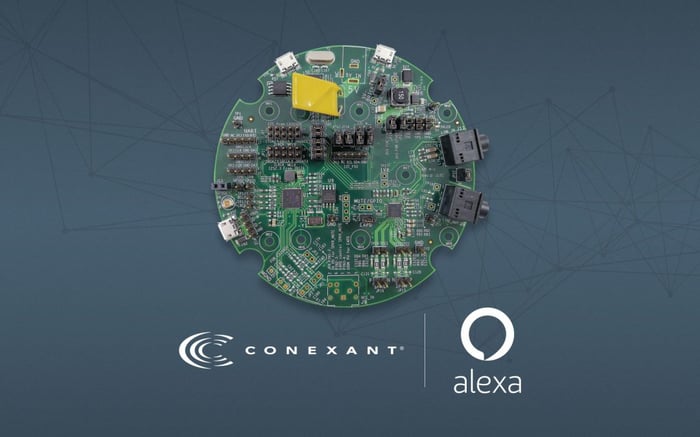 There's no doubt that Synaptics could make big money with its latest acquisitions, but this is easier said than done because it's going to run into chip behemoth Qualcomm (QCOM 3.26%). The latter is aggressively targeting the smart speaker market and recently rolled out a new product design that could pose a big challenge for Synaptics.