Shares of Weight Watchers International, Inc. (NASDAQ:WW) have more than tripled thus far this year, climbing 202% as of closing on July 11, according to data from S&P Global Market Intelligence. 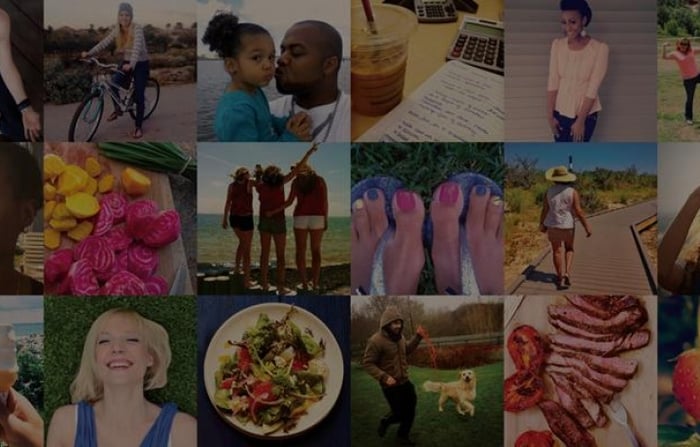 As you can see from the chart below, the gains began with a blowout fourth-quarter earnings report at the end of February and the stock continued to rally from there. 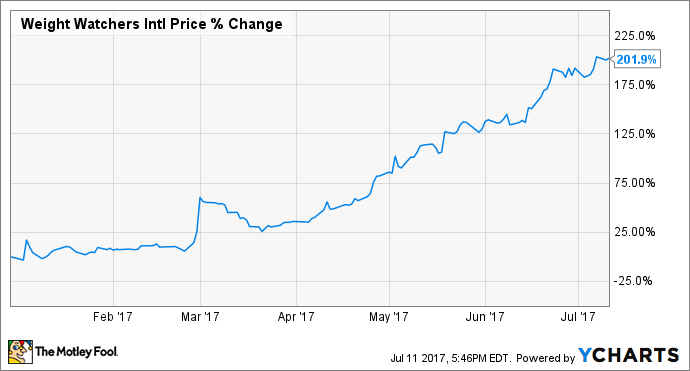 Weight Watchers shares have been exceptionally volatile in recent years, but the stock has been gaining traction thus far in 2017 following a high-profile tie-up with Oprah Winfrey.

Over a three-day period around the end of February, the stock rallied more than 50%, including a gain of 28% on the day the earnings report came out.

The stock gave back some of those gains, but rallied again in late April after the company named Mindy Grossman as its new CEO. Grossman had served as CEO of the Home Shopping Network since 2008, bringing valuable experience in the direct-to-consumer market.

The following week, the stock surged again on a strong first-quarter earnings report as subscribers jumped 16% to 3.6 million and the company lifted its full-year EPS guidance to $1.40-$1.50. Momentum carried the stock higher over the subsequent months as the stock gained nearly 30% in June.

Weight Watchers' surge this year has been remarkable, considering the stock's turbulent past. Over a five-year time frame, the stock is still down 28%, and an earlier rally in 2015 after Winfrey joined the company fizzled out.

Participants in weight-loss programs like Weight Watchers are notoriously fickle, and while the growth in subscribers is encouraging, the rally seems to be exhausting itself. Based on the midpoint of 2017 guidance, the stock is now valued at a P/E of 24. That seems like a fair price considering that top-line growth is still a modest 7% as of the most recent quarter. I wouldn't expect a repeat performance in the second half of the year.

Why Weight Watchers International, Inc. Stock Is Up 202% So Far in 2017 @themotleyfool #stocks $WW Next Article
Current