Shares of Micron Technology (MU 3.80%) took a beating despite a classic beat-and-raise performance in the third quarter of fiscal 2017. The memory chip specialist saw a tremendous improvement in its revenue from the prior-year period on the back of a favorable NAND and DRAM pricing environment, but investors seemed concerned regarding a possible cyclical slowdown in the memory business.

As a result, Micron investors decided to dial down their positions in the stock, as it has run up over 130% in the past year. But was this the right thing to do? Or is Micron set for more upside despite its gains in recent months? The answer to these questions lies in the key takeaways from its latest results. 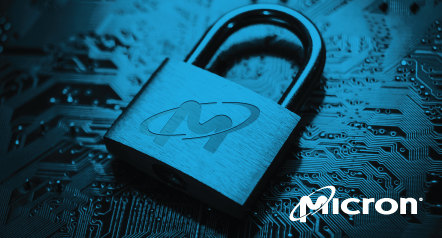 Micron forecasts stronger memory demand thanks to a spike in demand from smartphone companies. This isn't surprising, as smartphone makers are packing more memory into their devices; market intelligence firm TrendForce forecast that the average memory content in smartphones will jump from 2.4 GB last year to 3.2 GB this year.

More importantly, Micron management believes that the DRAM content in smartphones could double by next year. But mobile isn't the only catalyst for the company's DRAM business -- increasing server storage capacities present another potentially fertile ground.

Micron gets 30% of its DRAM revenue from server DRAM chips. But this proportion could increase as the DRAM content per server is expected to jump on account of stronger demand from Chinese internet companies that are aggressively building their cloud infrastructure. However, there isn't enough supply available in the end market to meet the spike in chip demand.

In fact, the order fulfillment rates in server DRAM chips have stood at a relatively low 60% to 70% since the beginning of the year, according to TrendForce's estimates, as the difficulties faced by SK Hynix and Samsung in transitioning to more advanced production nodes has hurt supply. Therefore, the average selling price of server DRAM should continue to remain strong in the second half of the year, as demand could rise as much as 10%.

The NAND business will get better

According to IC Insights, NAND flash demand could jump 25% this year, leading to a 22% jump in the average selling price since supply remains under constraint. Micron's NAND business, which is 31% of its total revenue, should prove to be another driving force thanks to the increase in 3D NAND demand.

3D NAND could turn out to be a big market going forward thanks to its growing application in consumer electronics and enterprise storage. Allied Market Research pins the size of the 3D NAND revenue opportunity at $39 billion in 2022 (as compared to just $5.2 billion last year).

Now, Micron doesn't want to miss this gravy train, so it is aggressively reconfiguring its capacity to produce more 3D NAND. It plans to convert 75% of its NAND capacity to manufacturing 3D NAND by the end of this fiscal year. This will then go up to 90% in fiscal year 2018 as Micron looks to corner a bigger share of the NAND market.

Micron Technology is very cheap, with a price-to-earnings (P/E) ratio of just 14, which is significantly lower than the industry median P/E ratio of almost 23. Getting into Micron at this valuation is a no-brainer given the pace at which the company's bottom line is growing. Its non-GAAP earnings per share jumped to $1.62 per share in the fiscal third quarter as compared to a loss of $0.03 per share in the prior-year quarter.

Now, Micron should be able to sustain its terrific earnings growth as NAND and DRAM prices keep getting better, which is why analysts put its forward P/E ratio at less than 5. As a result, it makes sense to remain invested in Micron despite its massive gains over the past year given its attractive valuation and powerful catalysts.