Priceline (NASDAQ:BKNG) has been one of the best stocks on the market since 1999, but it's also defined a new category in travel. Before 2000, booking a hotel room or airfare online was uncommon and seemed risky to a lot of people. Now, it's standard when you plan a trip.

Some companies have the same potential to redefine an industry for years to come. Our three Foolish investors believe Blue Apron Holdings Inc (NYSE:APRN), Wayfair Inc (NYSE:W), and Zillow Group, Inc. (NASDAQ:Z) (NASDAQ:ZG) could be cut from the same mold as Priceline. 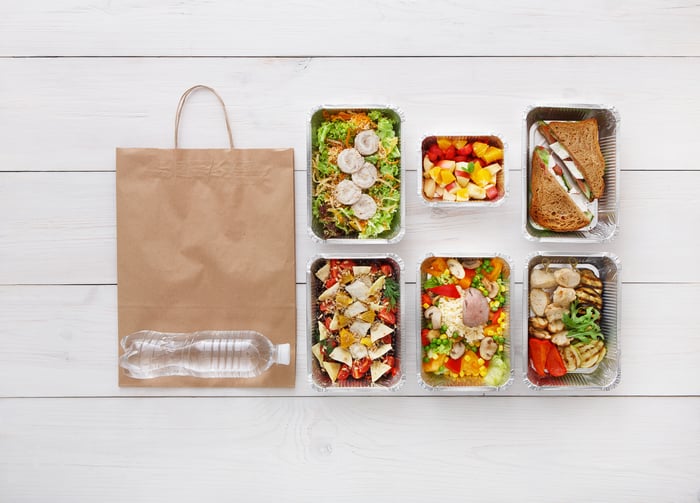 Another e-commerce play taking off

Jeremy Bowman (Blue Apron): Priceline is a powerhouse today, but back in 1999, it was one of many online travel agencies angling for a piece of the fast-growing travel market, along with Expedia, Orbitz, Travelocity, and many others.

Priceline survived the internet bubble and today essentially competes in a duopoly with Expedia, as each company went on to acquire several of its rivals (Priceline nabbed Booking.com, Kayak, and Agoda, among others).

One company I see offering a similar potential today to Priceline in 1999 is Blue Apron, the leading meal kit service that just went public last month.

While Blue Apron shares have fizzled thus far since its IPO, and investors have maligned the stock, I think the market is underestimating the opportunity here, and meal kits in many ways are like online travel agencies (OTAs) were 20 years ago.

Both industries take advantage of the internet to provide a new service and disrupt an old one. Each ] has attracted a number of start-ups, a sign of its attractiveness and potential, as the American grocery market is worth around $800 billion. We've seen massive consolidation in OTAs, and I think a similar process is likely to take place in meal kits. It's easy to envision Blue Apron merging with one of its larger rivals like Hello Fresh or Plated -- or acquiring smaller ones.

Investors also fear that Amazon.com will bully Blue Apron into submission after its acquisition of Whole Foods, but Priceline survived similar threats from both the e-commerce titan and Google, as the two tech giants have largely fallen flat in hotels and travel bookings.

Blue Apron is certainly risky, but revenue more than doubled last year, and the company is on track for over $1 billion in sales this year. Investors are discounting the upside potential for this emerging industry.

A leader in an industry primed for growth

Demitri Kalogeropoulos (Wayfair): Wayfair, through its collection of online sales platforms, is one of the biggest destinations for customers interested in buying home goods. The e-commerce specialist is expanding at a blazing pace, with revenue up 50% in 2016. Several operating metrics suggest strong and growing engagement by its users, too. Wayfair counted 58% of its orders over the holiday quarter as repeat business -- up from 54% a year ago.

The company isn't yet profitable. In fact, non-GAAP operating expenses currently eat up more than 25% of sales to keep Wayfair running at a steady, if slight, loss. Executives are spending aggressively on key initiatives including expanding the distribution network to add speed to the delivery of bulk furniture items. Wayfair is also engaged in a major branding project led by a national TV advertising campaign.

The ads seem to be raising Wayfair's brand awareness in a highly fragmented industry. Its pool of active customers spiked 46% last quarter to just under 9 million.

Over the long term, CEO Niraj Shah and his team are hoping to cut advertising, marketing, and tech development expenses in half so that adjusted profit margin reaches into the high single digits. For the time being, though, the company is focused on soaking up as much market share as it can. Like the online travel industry in its early days, there's a bright future ahead for the home goods e-commerce channel today. It's projected to grow at a 15% pace over at least the next five years, and Wayfair is aiming to capture more than its fair share of those gains. 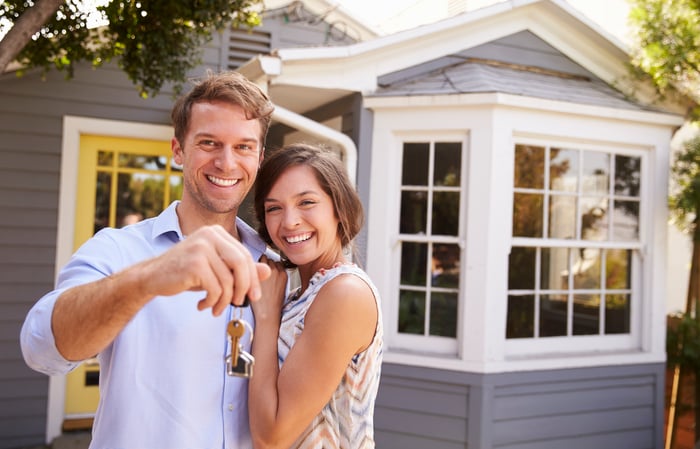 Travis Hoium (Zillow): When I think of Priceline, I think of a company upending the travel market by making it easier for consumers. And that's exactly what Zillow is doing for homebuyers.

Zillow is already an $8.1 billion company, but its potential is much bigger than that. According to the National Association of Realtors, there were $1.4 trillion of existing home sales in May alone, and Zillow adds value to both the buyer and seller in that transaction. Zillow doesn't need to collect the 6% fee many customers pay to realtors, but as it expands, it could generate far more than the $847 million of revenue generated in 2016 (only about 0.005% of real estate transactions).

Like Priceline in 1999, Zillow has a lot of options going forward. It can continue to be a data source for buyers and an advertising platform for agents, but it could also become the real estate company itself. It's really at the center of a two-sided market, which should be an extremely profitable place to be. If Zillow gets its strategy right, it could have Priceline-like gains over the next two decades.