Shares of the organic grocer have skyrocketed thanks to being bought out by Amazon.

After years of disappointing results, Whole Foods Market, Inc. (WFM) shares finally rebounded this year, first on interest from activist investors, and then later, when the company agreed to be acquired by Amazon.com (AMZN 2.57%) 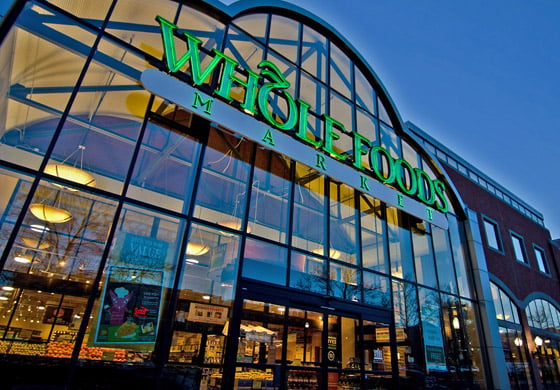 According to data from S&P Global Market Intelligence, the stock has risen 36% through July 13 this year. The chart below tells the tale. 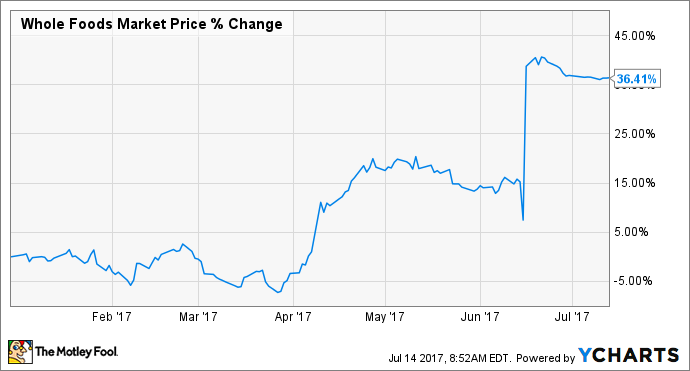 As the chart above shows, the stock began moving higher in April when activist investor Jana Partners took a stake in Whole Foods with plans to push for a sale of the company or a faster turnaround as Whole Foods has posted seven straight declines in comparable sales.

Surprisingly, Jana's ambitions were fulfilled just two months later, when Whole Foods said it would be acquired by Amazon for $13.7 billion or $42 a share, pushing the stock up 29% in one session. The news sent shockwaves through the business world, especially in the grocery industry, where food retail stocks got hammered after the deal was announced.

According to the press release, CEO John Mackey will remain in charge of Whole Foods, which will continue to operate stores under its own banner. Amazon CEO Jeff Bezos said Whole Foods has a done an "amazing job for nearly four decades and we want that to continue."

Whole Foods stock briefly rose above the $42 buyout mark, nearly reaching $44 amid speculation that the company would receive another offer. However, none have materialized, and there was never really a good argument for a rival supermarket chain or a private equity to make a competing offer for Whole Foods.

The stock closed at $41.96 on July 13, and I'd expect it to remain pegged around $42 until the deal closes, which is expected to happen by the end of the year.