Tic-tac-toe, that makes three rocket tech start-ups in a row that have blown up.

Ever since the news broke that Boeing (BA 0.29%) had won the contract to build DARPA's new spaceplane, this was probably inevitable. But now it's also official: 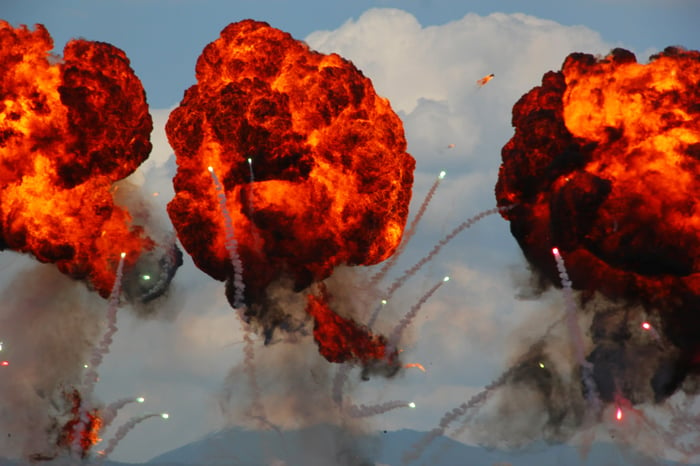 Yes, the tiny aerospace company that we first learned of six years ago, when Boeing and Lockheed Martin (LMT 0.47%) hired XCOR to build them some space engines, has finally run its course. From zero to hero and back again, XCOR announced last week that has laid off all of its employees.

Citing "adverse financial conditions," acting CEO Michael Blum confirmed last week that XCOR was forced to "terminate all employees as of 30 June2017," keeping only a handful as "contractors" as the company explores its "other options." This move followed a May 2016 layoff of nearly half of XCOR's employees, and after that, the June departure of the company's CEO Jay Gibson.

Three in a row

XCOR's acting CEO, meanwhile, was himself once the co-founder of rival new-space firm Firefly -- which itself furloughed all staff in December, and finally went defunct earlier this year, selling off all its assets at auction. Add in Swiss Space, which filed for bankruptcy last year. By my count, the field of privately owned space start-ups has dwindled by three over just the past seven months.

For investors in giant space stocks like Boeing, Lockheed Martin, Aerojet Rocketdyne, and Orbital ATK, this may sound like good news. The threat from "new-space" is fading.

But not so fast. While many new-space companies are going under, some are thriving.

What does not kill them makes them stronger

Take Rocket Lab for example. Earlier this year, Rocket Lab became the first privately held space tech firm (since SpaceX) to reach unicorn status -- valued in excess of $1 billion after attracting investments from such firms as Khosla Ventures, Bessemer Venture Partners, and Lockheed Martin itself. With these funds in hand, Rocket Lab proceeded to launch its first rocket to the very edge of space in May, and expects to put a rocket in orbit before the year is out.

And then there's Vector. In June, the micro-satellite launch company -- and Rocket Lab rival -- closed a new $21 million round of funding, led by private equity fund Sequoia Capital. Vector spent much of last year lining up paying customers to fly satellites on its rockets, building up a backlog worth tens of millions of dollars. It conducted a successful rocket test of its own earlier this year.

As the less financially sound space start-ups fold, competition for funding decreases among survivors such as Rocket Lab and Vector, increasing their ability to compete with the likes of Boeing and Lockheed. What's more, once the business of launching microsatellites begins in earnest, it's the survivors of this early stage of funding who will inherit the market share that would, otherwise, have been split among many more players.

So what's the upshot of all this for investors? The weak are dying off, and the stronger are surviving. If and when these companies reach the point where they begin contemplating IPOs, that should make it a whole lot easier for us to figure out which ones to invest in.