Despite falling steadily since June, the price of gold is still up more than 7% year to date. And the upward movement may well continue as fear and volatility creep into the market in reaction to various controversies unfolding outside of Wall Stree. This bodes well for gold miners, whose stocks usually climb with rising gold prices.

Of course, this doesn't mean that all gold miners would make wise investments now. In my view, investors would most benefit from going with an industry leader, the only gold company on the S&P 500: Newmont Mining Corp. (NYSE:NEM). 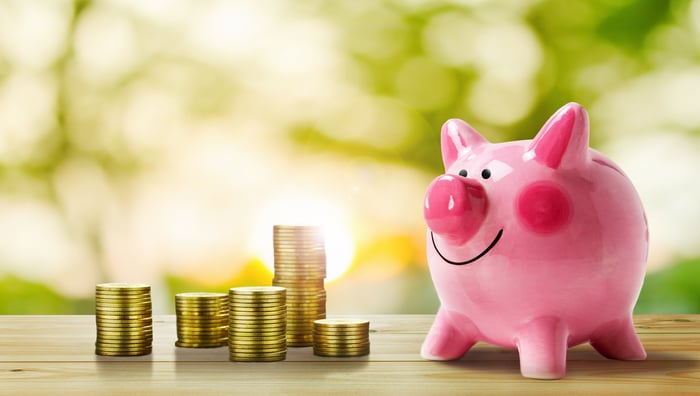 Since 2015, Newmont's management has proven to shareholders that the company is on the right track. Even with the price of gold falling over the past three years, Newmont's stock has risen more than 27%. In fact, it's the only company among its peers that can show a net rise in its stock price over the period. 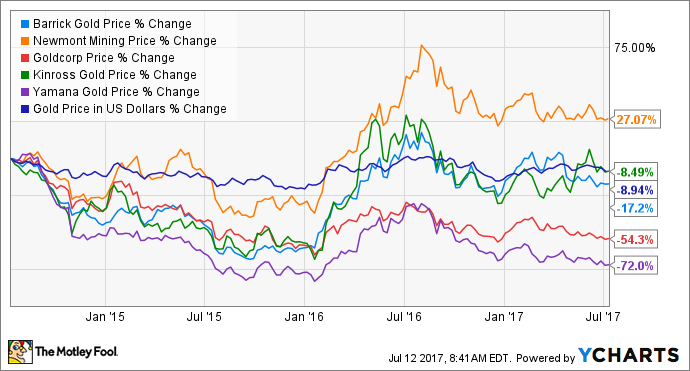 Skeptics may contend that Newmont can largely attribute its climb over the past three years to an 84% jump in 2016 -- a year in which investors reacted favorably to several developments at the miner. For example, it commenced gold production at two locations: Merian and Long Canyon. Also, its divestment of Indonesian copper and gold mine Batu Hijau for a total consideration of $1.3 billion pleased shareholders. But to discount Newmont's rise stretching back to 2014 because of its successes in 2016 is illogical; the stocks of Newmont's peers also had gains in 2016. For example, Yamana Gold (NYSE:AUY) rose 46%, while Kinross Gold (NYSE:KGC) soared 65%, and Barrick Gold (NYSE:GOLD) more than doubled. But the superior past performance of Newmont's stock doesn't guarantee a similar future. Rather, it is based on other signs that one can predict this company can withstand the potential turbulence ahead.

One reason why Newmont's prospects appear more promising than those of its peers is its strong balance sheet. To sustain mining operations and pursue development of new projects, miners must continually reinvest significant capital in their businesses. Consequently, many find themselves in precarious positions, with balance sheets weighed down heavily by debt. But not Newmont. 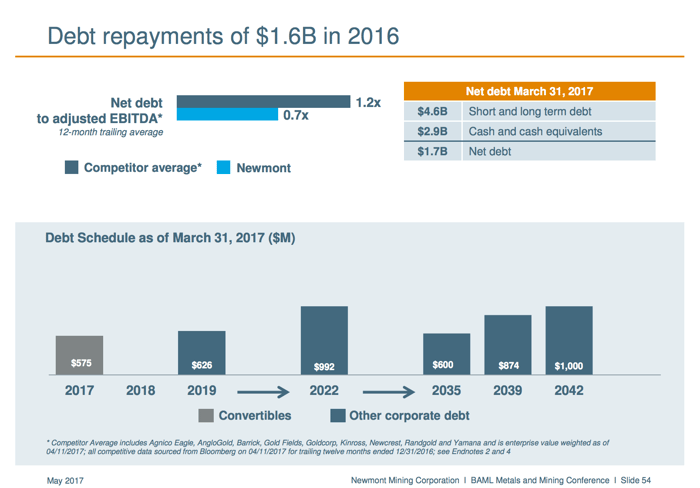 Due, in part, to its 60% reduction in net debt from fiscal 2013 through fiscal 2016, Newmont is less reliant on leverage; its net-debt-to-adjusted-EBITDA ratio is well below those of its peers. According to management, the company's balance sheet will continue to improve. During the company's first-quarter conference call, CFO Nancy Buese said, "We anticipate further reducing our debt when our $575 million convertible notes come due in July of this year." And with only $626 million in debt due from 2018 to 2021, the company may strengthen its balance sheet even more.

Another quality which positions the company to continue its success is its ability to grow its operating cash flow. 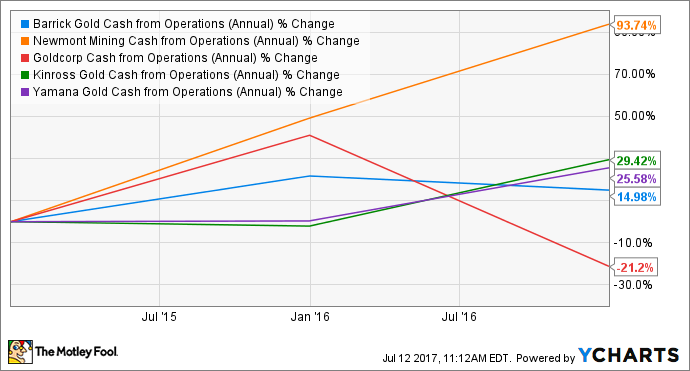 Besides Goldcorp (NYSE:GG) which has seen its operational cash flow decline, most of Newmont's peers have succeeded in increasing their cash from operations overall in recent years; however, Newmont has reported significantly more growth. And the growth has continued into 2017. On the same conference call, management recognized that in Q1, cash from continuing operations more than doubled year over year due to strong production at Merian, Cripple Creek & Victor, and Long Canyon.

Digging into the company's future

The company's strong cash flow enables it to reinvest in its business without burdening its balance sheet with more debt. This will serve the company well as it pursues the development of new projects -- an arena in which it has plenty of opportunities. 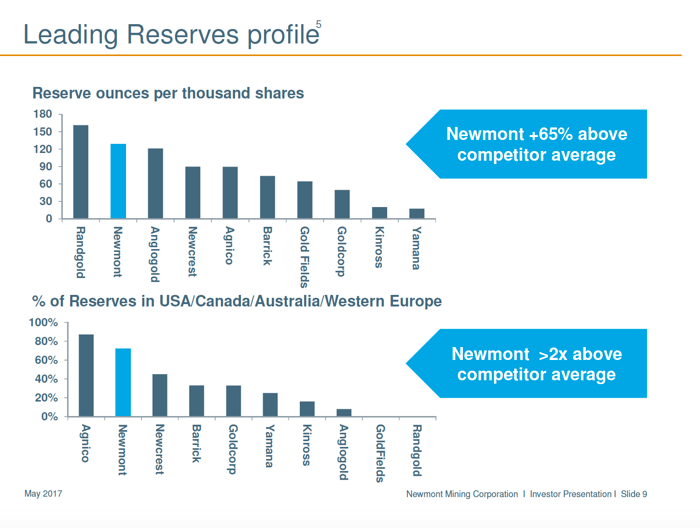 Developing new projects is important for miners, but it's critical that they are able to maintain gold production while keeping expenses down. According to management, this an area in which its performance will improve in the coming years. Whereas it estimates all-in sustaining costs (AISC) per gold ounce between $940 and $1,000 in fiscal 2017, it foresees AISC per gold ounce falling to between $870 to $970 for fiscal 2019 to 2021.

There's no telling what lies ahead for the market. Some investors foresee volatility, while others peer into their crystal balls and see the promise of a bull market. Prognostication aside, Newmont seems well positioned to endure whatever the future holds. Thanks to its strong balance sheet, solid cash flow, and numerous organic growth opportunities, the company is in a much better position than many of its peers, suggesting the company has a golden future before it.