Today, Intel's (NASDAQ:INTC) mainstream desktop processor family consists of three basic processor types. At the very top are quad-core processors with a technology called HyperThreading enabled. That technology allows each processor core to act as two logical processors, so those chips -- sold under the Core i7 branding -- are referred to as four-core/eight-thread processors. 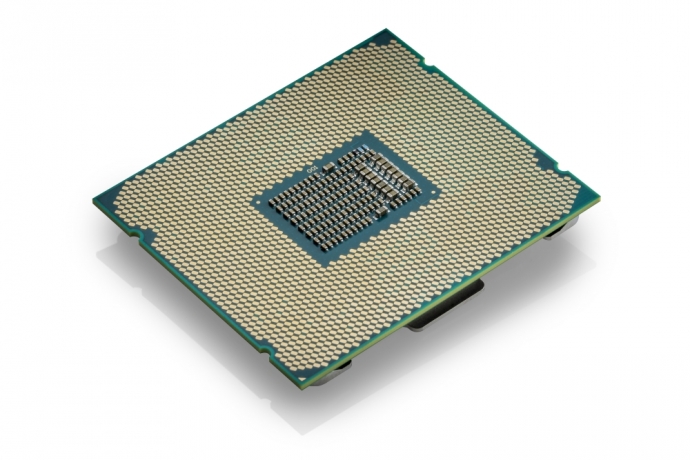 According to Canard PC Hardware, a site that has a respectable track record in leaking information about future computer processors, Intel is planning to bump the core counts of its mainstream Core i5 and Core i7 desktop processors with its upcoming Coffee Lake-S series of chips.

Hex cores all around

Canard PC says that the Core i7 part -- known as the Core i7 8700K -- will have six cores with Hyperthreading enabled, so it'll be a six-core/12-thread part. The chip should also include 12 megabytes of last level cache memory, up from eight megabytes on the current quad-core Core i7 7700K.

This isn't particularly surprising considering how long it has been known that Intel's Coffee Lake-S would come in up to six-core configurations.

What's perhaps a bit surprising is that Canard PC says that Intel is planning lower-end Core i5 processors, the highest end of which will be called the Core i5 8600K, that will also feature six cores.

Now, since Intel needs to give customers reason to buy higher-end Core i7 processors, the Core i5 model is, reportedly, cut down a bit compared to the Core i7. The report says that the Core i5 8600K won't have HyperThreading enabled (making it "just" a six-core/six-thread processor) and will only have nine megabytes of last level cache memory enabled.

What does this mean for lower-end parts?

If both the Coffee Lake-based Core i5 and Core i7 chips will include six physical cores, then this strongly suggests that Intel is planning to upgrade its Core i3 product line from two-core/four-thread chips to, perhaps, four-core/eight-thread parts.

By increasing core counts for its desktop processor lineup seemingly across the board, Intel should be able to strengthen its competitive positioning in the desktop personal computer processor market, particularly in the face of intensifying competition.

This should better position Intel to defend its market share and maintain its average selling prices.

The trade-off, though, is likely to be well worth it.