Honda (NYSE:HMC) last week took the wraps off of its all-new 2018 Accord sedan. It's the 10th generation of the car that has arguably been Honda's most important product in the U.S. for many years.

But the new Accord arrives at a moment when more and more buyers are turning away from traditional sedans and choosing SUVs instead. Why did Honda choose to make a big investment in the Accord now? 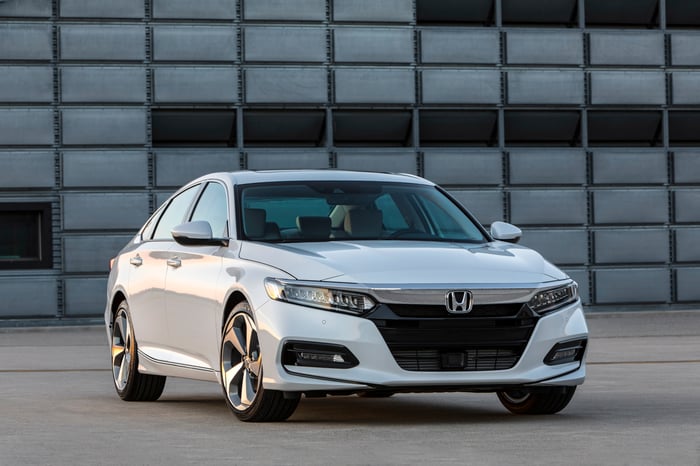 The all-new 2018 Honda Accord will arrive at a moment when sedan sales have been falling rapidly. Image source: Honda Motor Co., Ltd.

The 2018 Honda Accord is a subtle change in direction

Almost everything about the 2018 Accord is brand-new, Honda says. For starters, the body structure is lighter and more rigid, which should improve both handling and fuel economy. But the changes go much deeper, and they include revisions intended to make the Accord a sportier and more comfortable choice:

Accords have always been regarded as safe, dependable family sedans that were maybe a little more fun to drive than the arch-rival Toyota (NYSE:TM) Camry. Honda is emphasizing all of those points with its latest Accord -- but with maybe a little heavier emphasis than usual on the fun-to-drive aspects, and some touches that take the Accord a bit upscale. As I mentioned above, the all-new Accord is facing a big challenge: More buyers are choosing SUVs over sedans. U.S. sales of midsize sedans fell 12% last year, according to figures from Automotive News, while SUV sales jumped. Midsize sedans are down another 18% through the first half of 2017.

The challenge for Honda with the new Accord isn't just to one-up sedan rivals, but also to give some of those SUV buyers a reason to take a second look at a sedan. The new Accord's roomier back seat helps offset a key crossover selling point -- interior space -- while the sedan's more dramatic styling and emphasis on sporty handling (and for some buyers, those manual transmissions) could make an appealing sales argument. 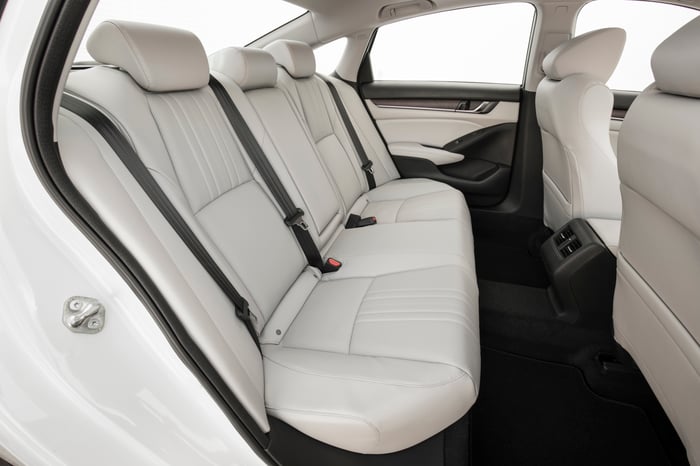 It's not all that different from the approach that arch-rival Toyota is taking with its own all-new 2018 Camry. Unveiled earlier this year, the 2018 Camry will come in two stylistically distinct versions: A refined-looking hybrid, and a sportier version featuring standard gasoline drivetrains. Inside, the new Camry features a sporty and upscale dash reminiscent of Audi's recent efforts, and the overall impression is one of a low-slung (by Toyota standards, at least) sports sedan.

The new Accord makes it clear that Honda has been thinking along similar lines. Like the 2018 Camry, the all-new Accord is now a clear step ahead of segment stalwarts like Nissan's Altima and Ford Motor Company's (NYSE:F) Fusion -- and its sportier emphasis provides a clear contrast with General Motors' (NYSE:GM) otherwise very good Chevrolet Malibu. The upshot: Honda did what it needed to do

The overall segment may be slipping, but the total sales volumes are still huge: Sales were down about 3% from 2015 levels, but Honda still sold about 345,000 Accords in the U.S. last year.

The Accord is a hugely important product to Honda, in other words. We won't know for sure until the on-road reviews come in, but right now, it looks like Honda did what it needed to do to protect its franchise -- and maybe even win a larger share of a very tough market.