These stocks helped lead markets higher. Find out why.

The stock market gained ground on Wednesday, with the Nasdaq Composite pushing toward new records that date back to the end of the tech boom in early 2000. Earnings reports have started coming out at a faster pace this week, and the news has been generally upbeat, pointing to solid economic conditions domestically. Overseas investors have also been pleased with progress that has been made internationally, and rising markets in Europe and Asia are creating a positive feedback loop for the U.S. as well. In a rising market environment, Transocean (RIG 1.13%), Scripps Networks Interactive (SNI), and Exponent (EXPO 1.74%) were among the best performers on the day. Below, we'll look more closely at these stocks to tell you why they did so well.

Shares of Transocean rose 6.5% on a good day for the energy markets. Crude oil prices rose more than $0.75 per barrel, climbing above the $47 mark and leading some to feel more confident about the commodity's prospects for the remainder of the year. Rig counts have been rising, and although that has some concerned about the potential impact of higher oil supply on future prices, it also points to activity levels that are supportive for oil services companies like Transocean. With innovations that are making offshore drilling more competitive with land-based drilling, Transocean hopes that efficiency gains will help drive future growth, along with the possibility of consolidation within the industry. 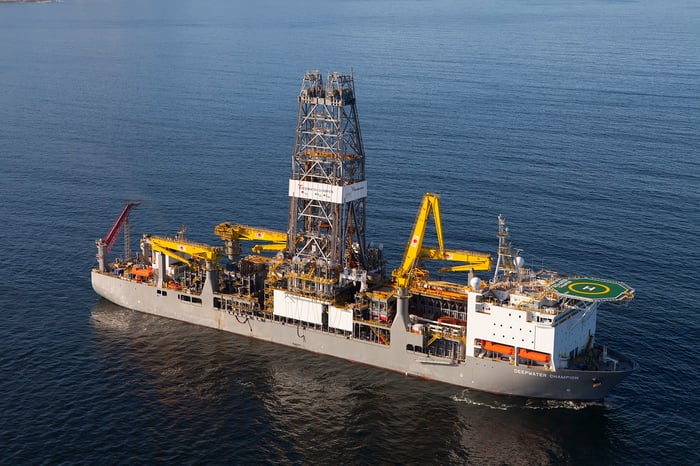 Scripps makes a move to merge

Scripps Networks Interactive stock soared 15% after reports surfaced that the company behind networks like HGTV and the Travel Channel could be in discussions with industry peers Discovery Communications (DISC.A) or Viacom (VIAB) to merge. Scripps is smaller than both Discovery and Viacom, so the strong performance from Scripps suggests that investors expect the other companies to make merger bids for Scripps. Some wonder whether the move truly addresses the challenges for cable-oriented networks, given the common threat that cord-cutting poses to networks across the industry. Yet as content becomes even more valuable, the companies that can command what viewers want to see will stand out from the crowd, and investors hope that Scripps' networks will be survivors no matter what happens in the industry.

Finally, shares of Exponent gained 13%. The engineering and science-consulting company reported its second-quarter financial results, which included total revenue gains of 14% and a one-third jump in profit. CEO Paul Johnston cited widespread strength in its business, including its practices in biomedical, construction consulting, electrical engineering, polymer science, and human factors. Exponent also lifted its revenue and profit margin expectations, pointing to favorable trends that could help drive growth going forward. The news shows how much difference a year makes, given that this time last year, Exponent was dealing with falling sales and bottom-line declines.